The Butterflies explored animal shadows on the over head projector. 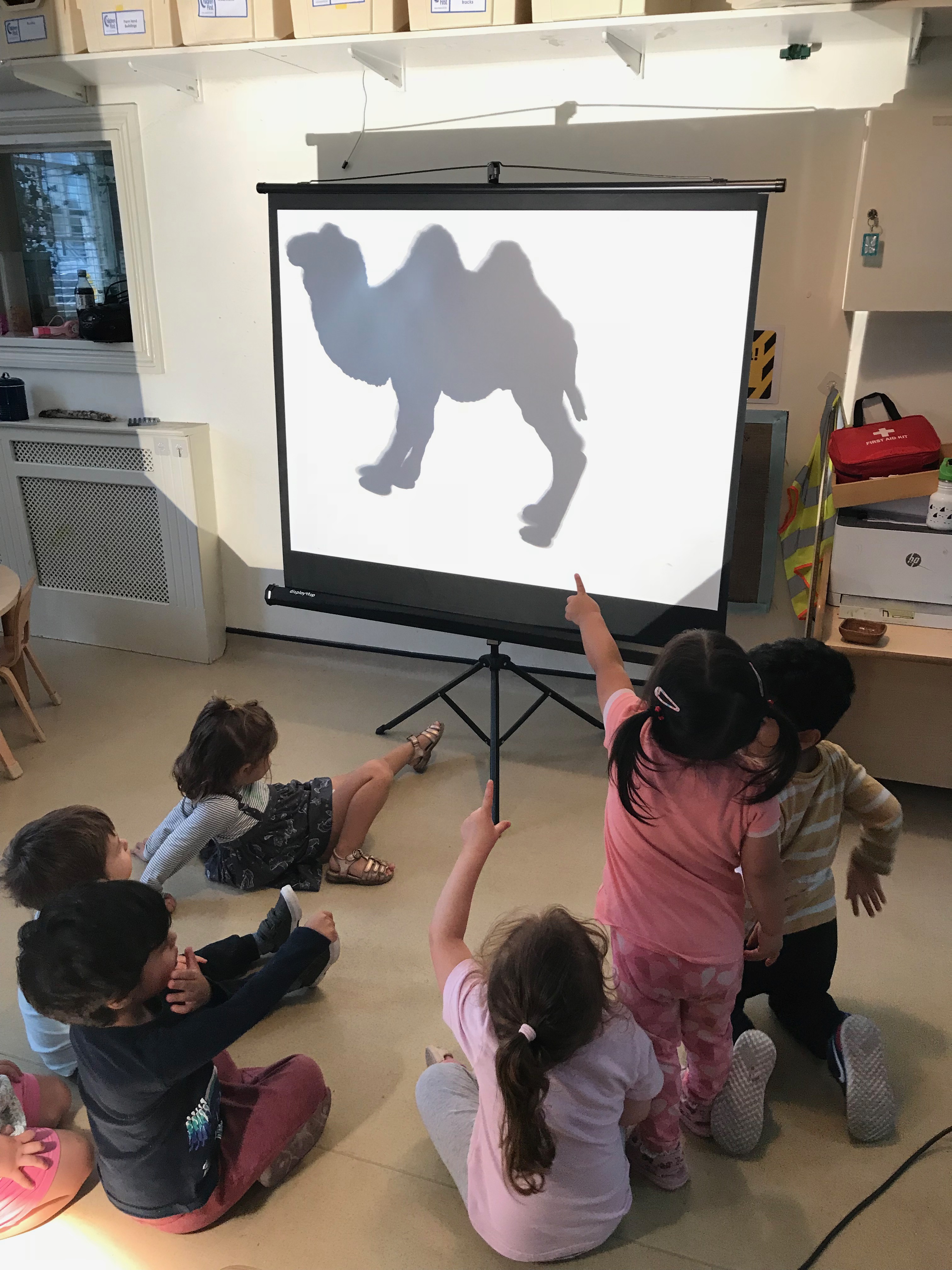 They took turns in placing different animals on the projector and looking to see the shadow. 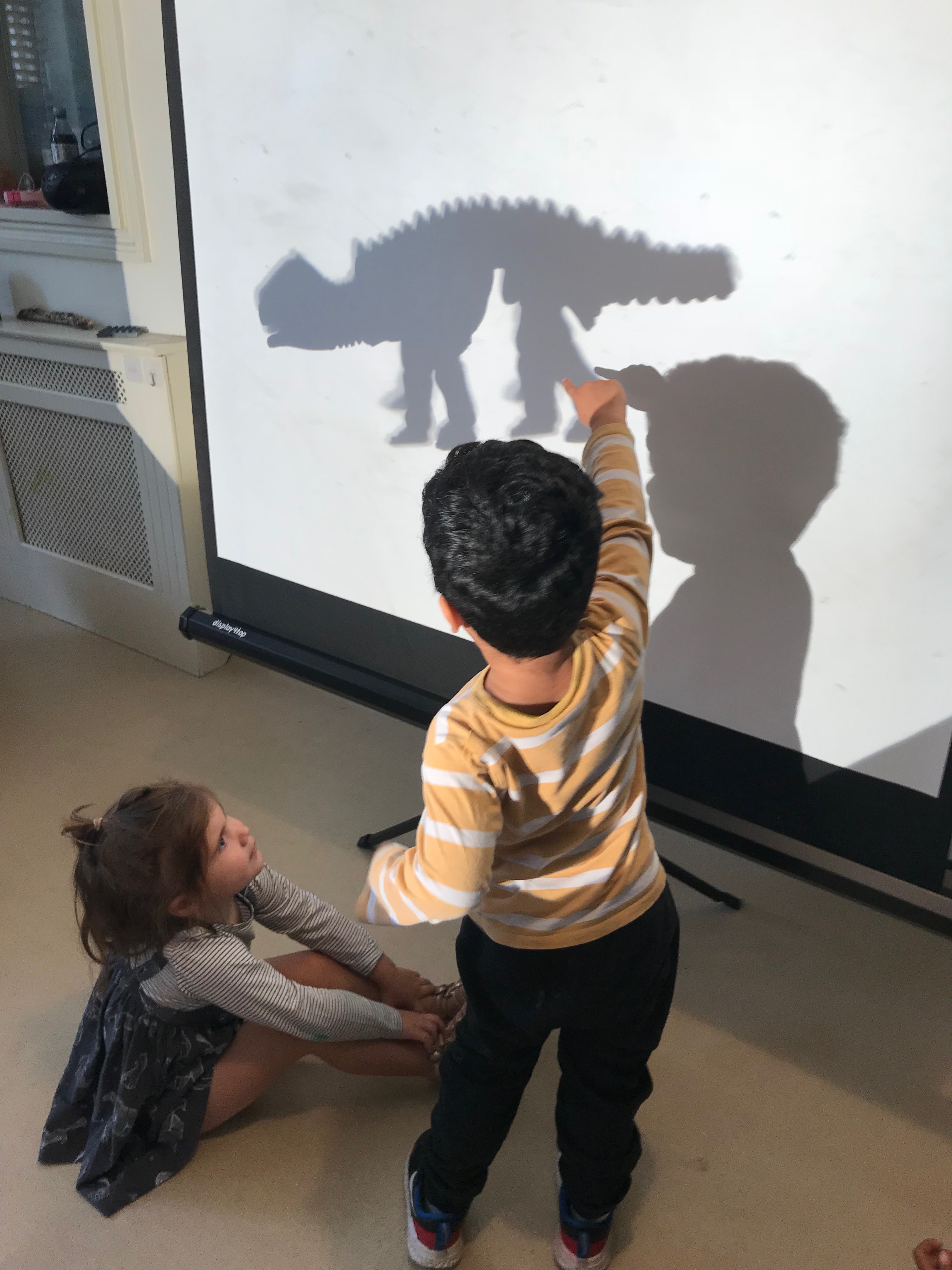 Other children took turns in guessing what animal shadow they could see. 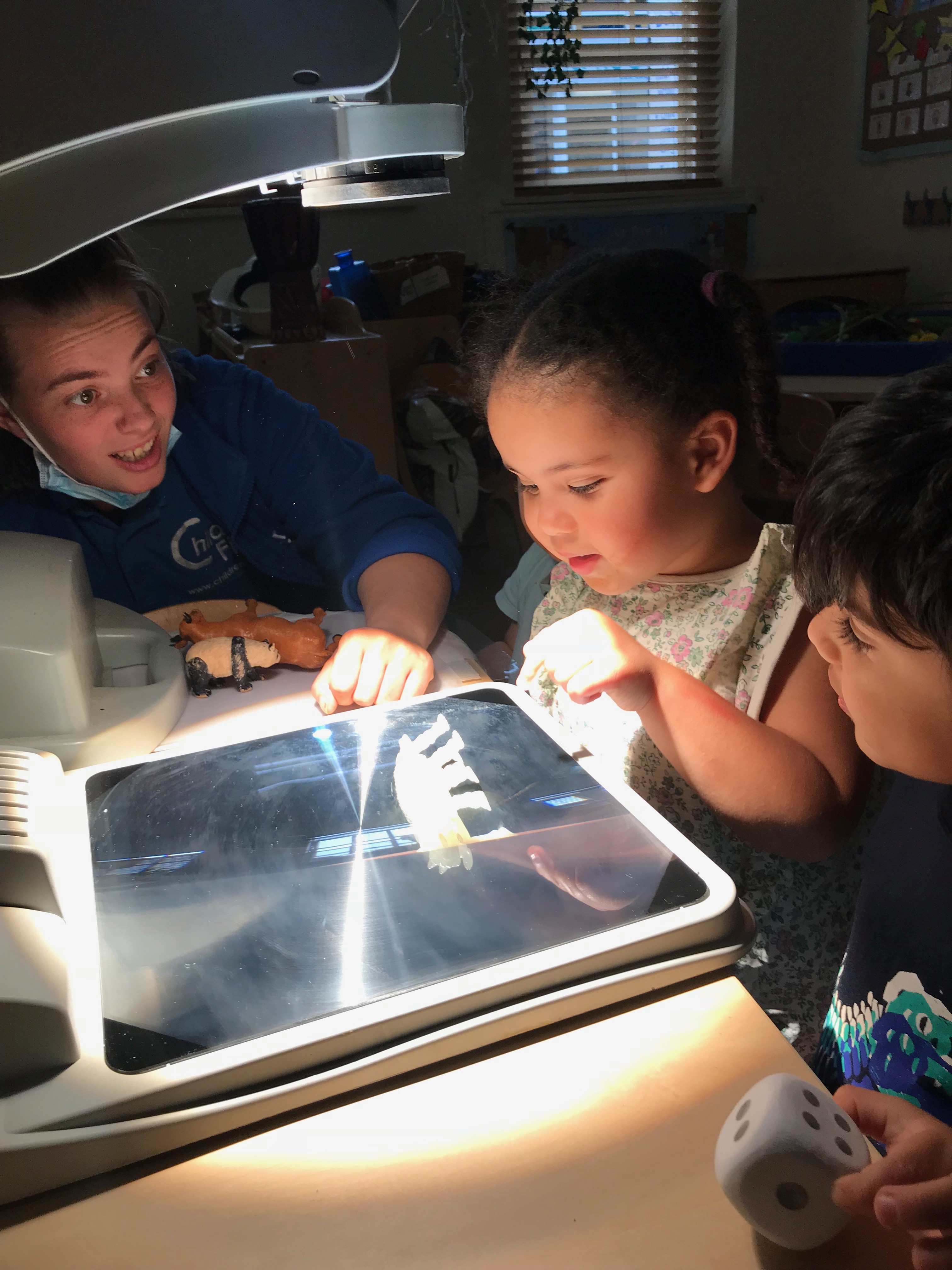 Everyone was very excited to have a go. 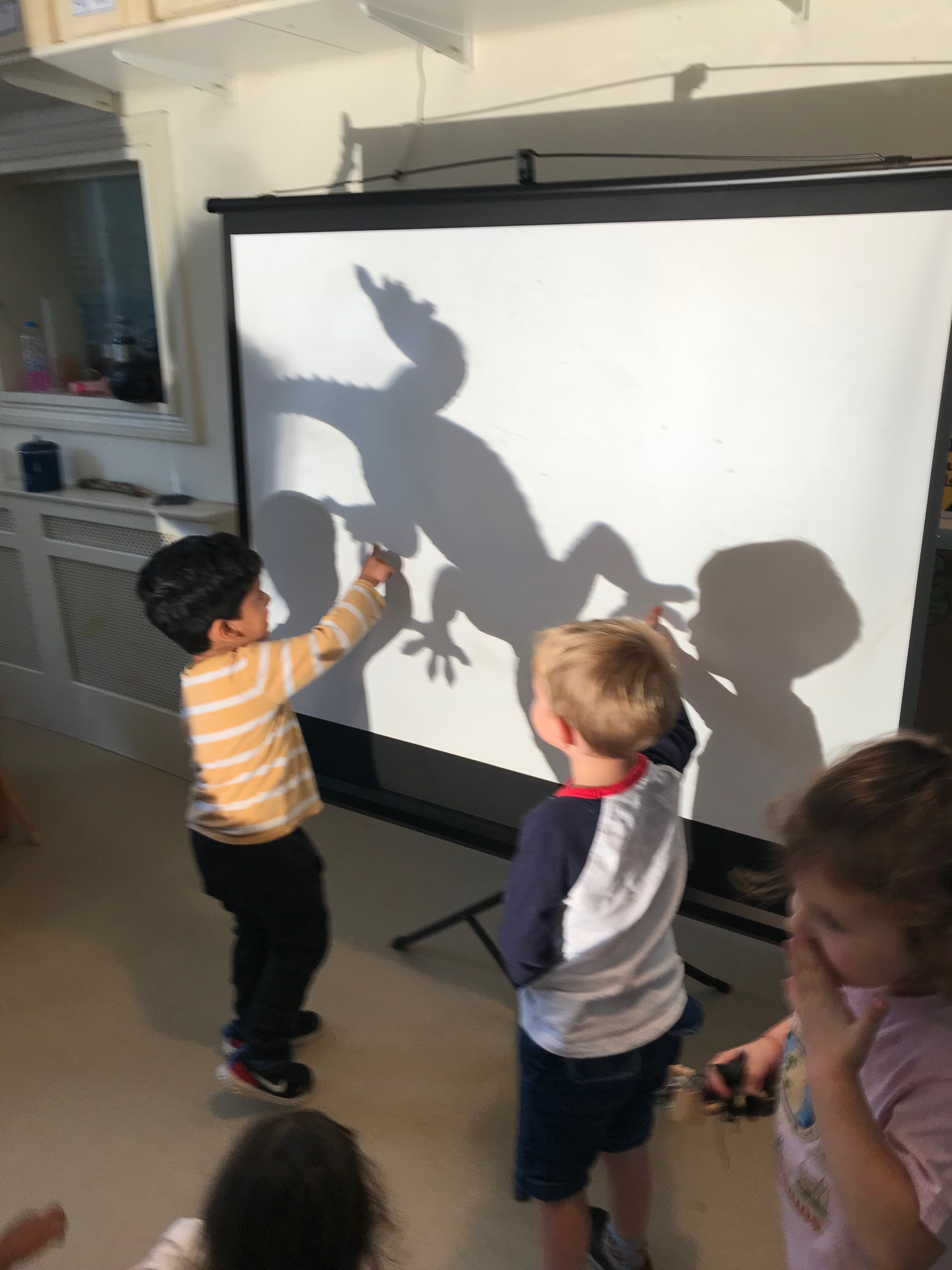 Some children added multiple animals and the children were able to count the shadows with one to one correspondence. 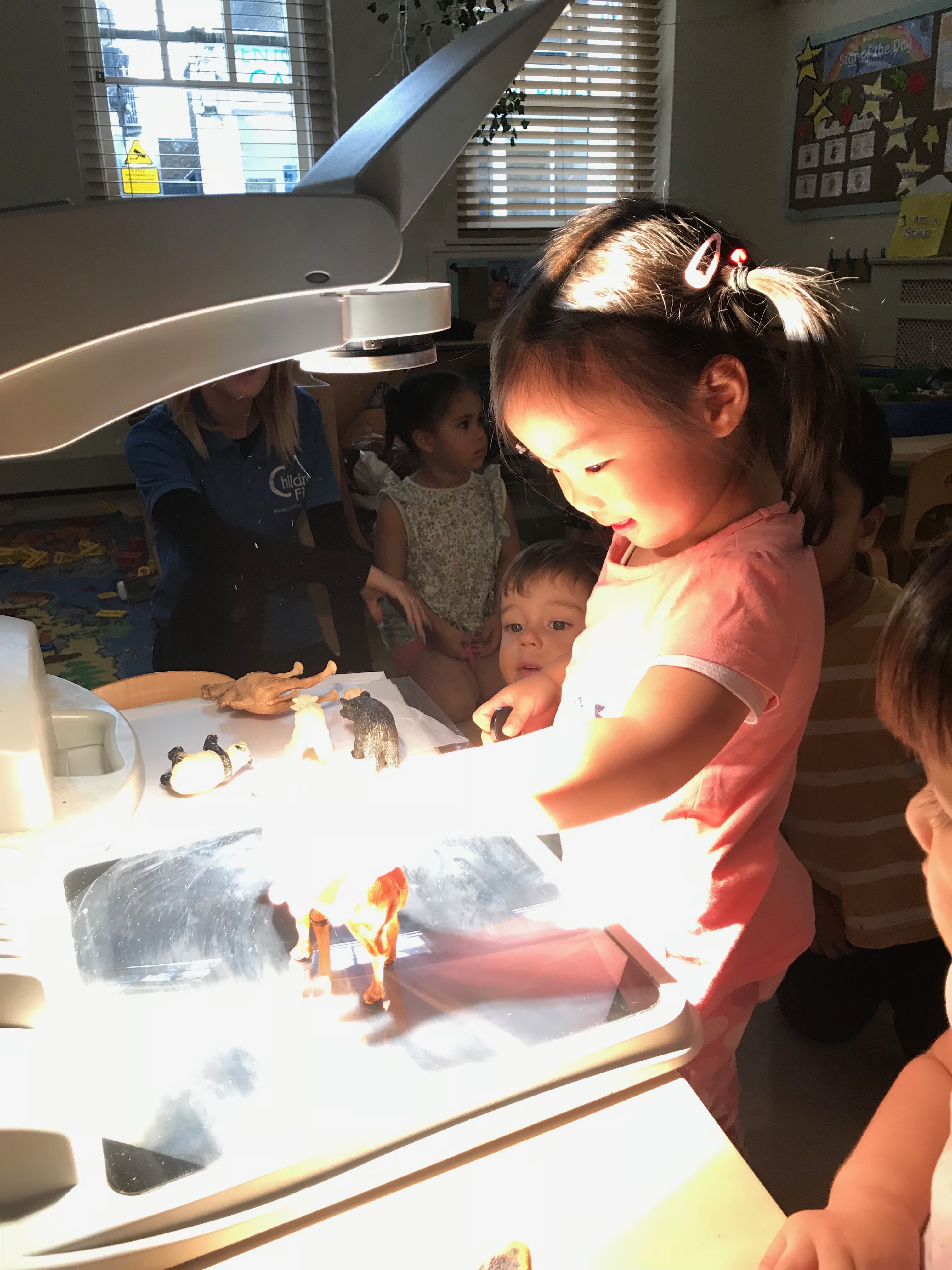 Children compared the quantity by telling us when more or less were added. 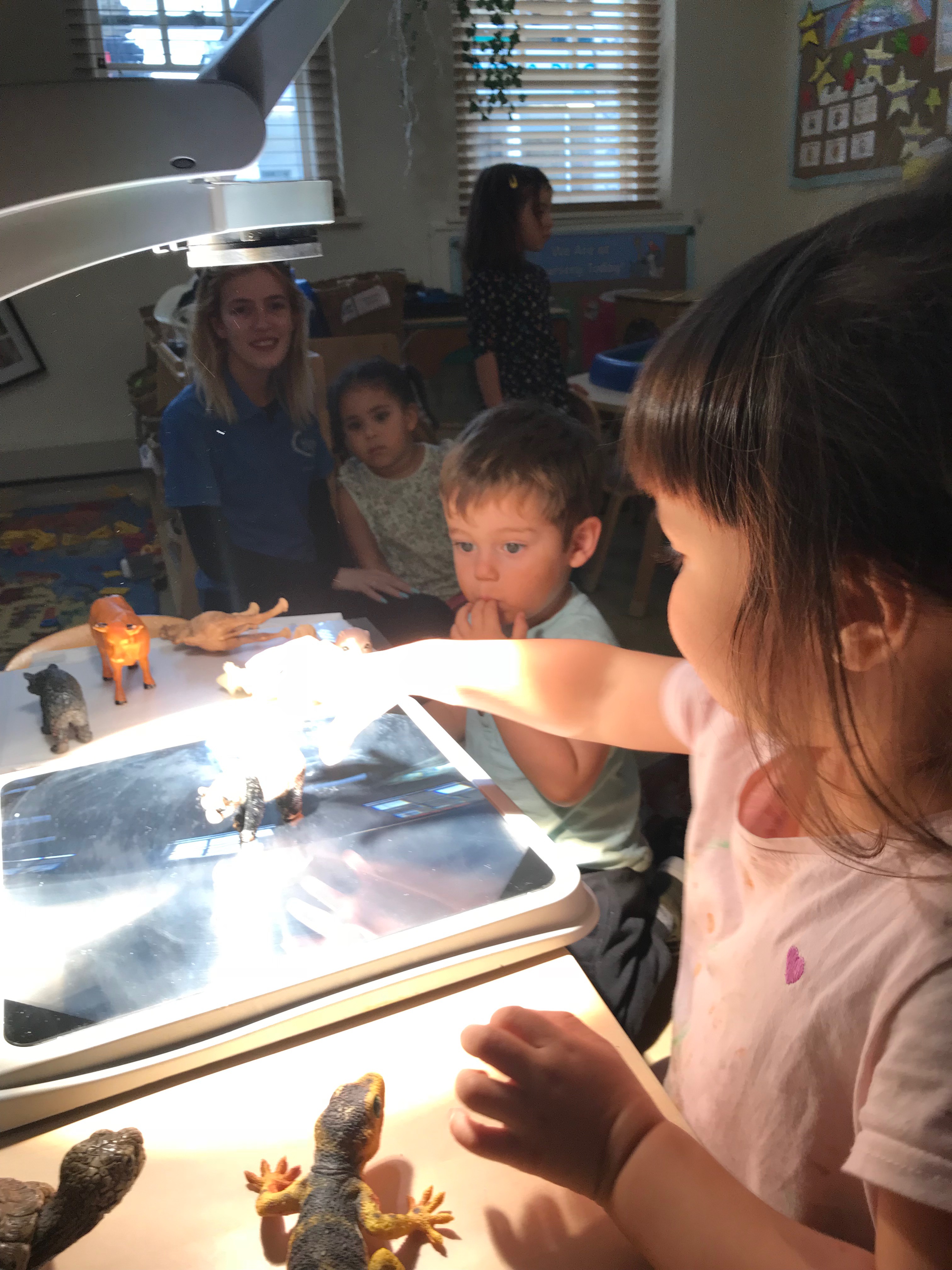 They used mathematical language to talk about the quantity such as lots and more. 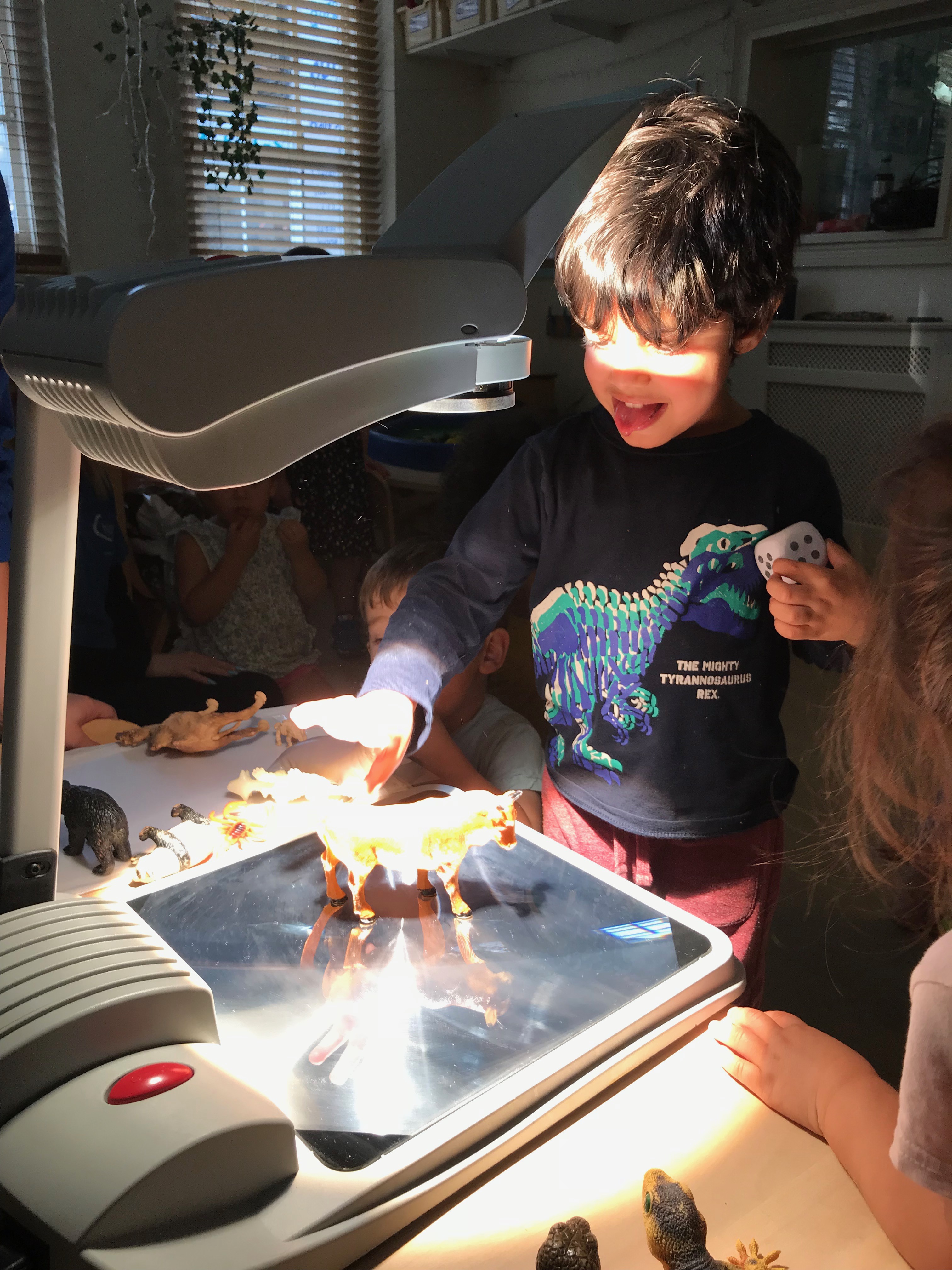 The children commented on the light and told peers when they were blocking the shadow. 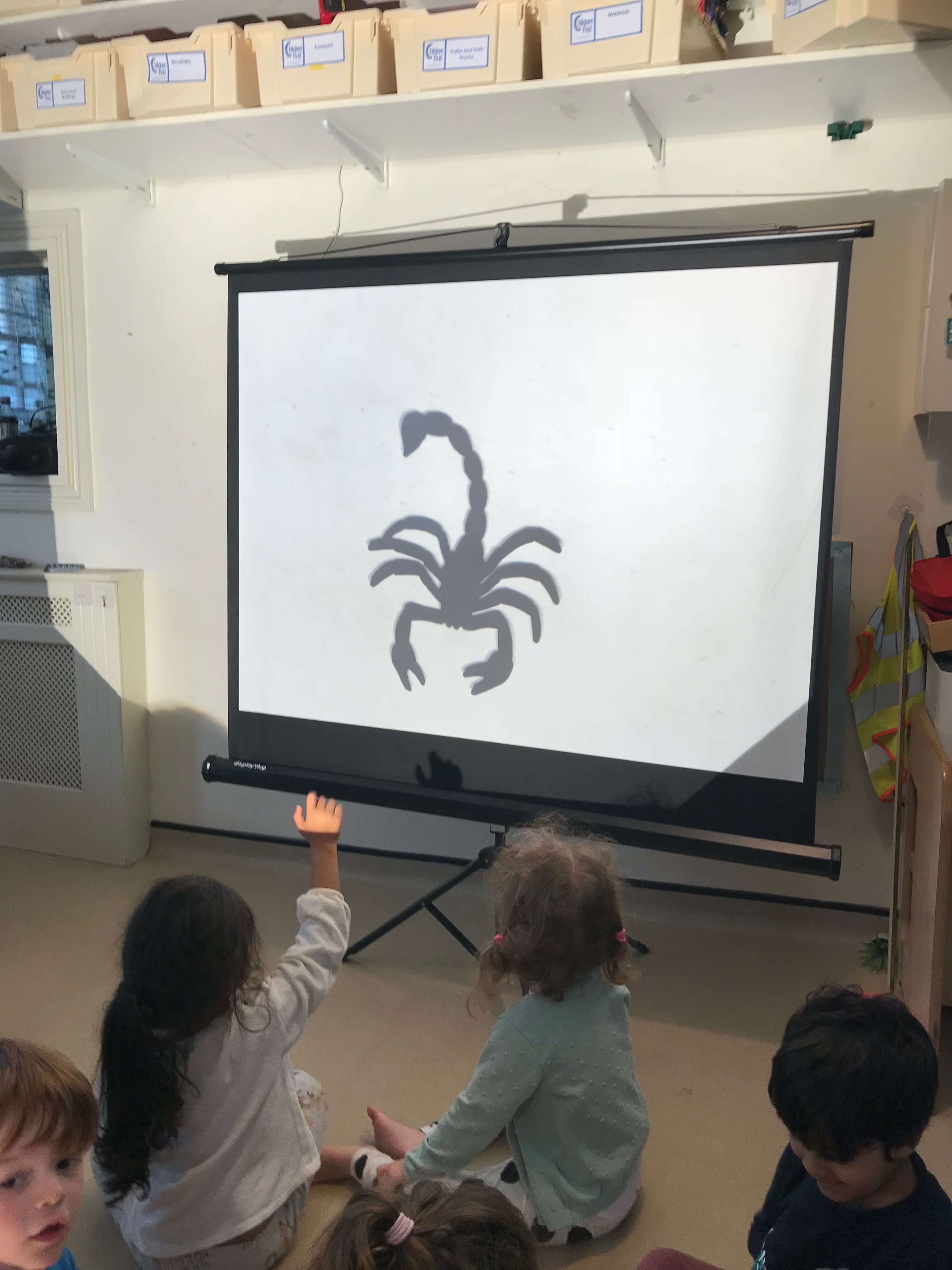 The children quickly learned where the light came from and how to operate the projector. 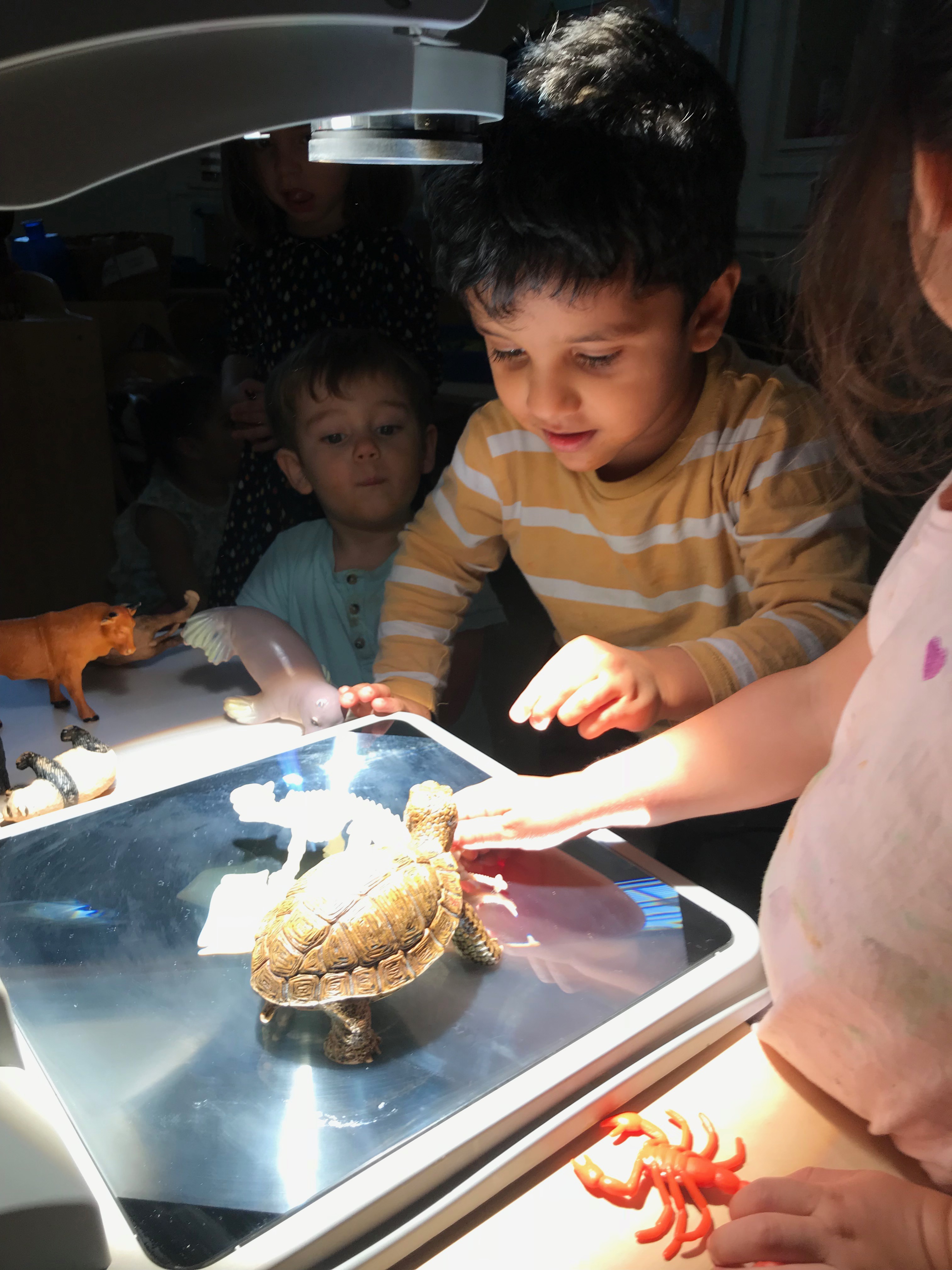 The children's favourite animals were the scorpion and camel. 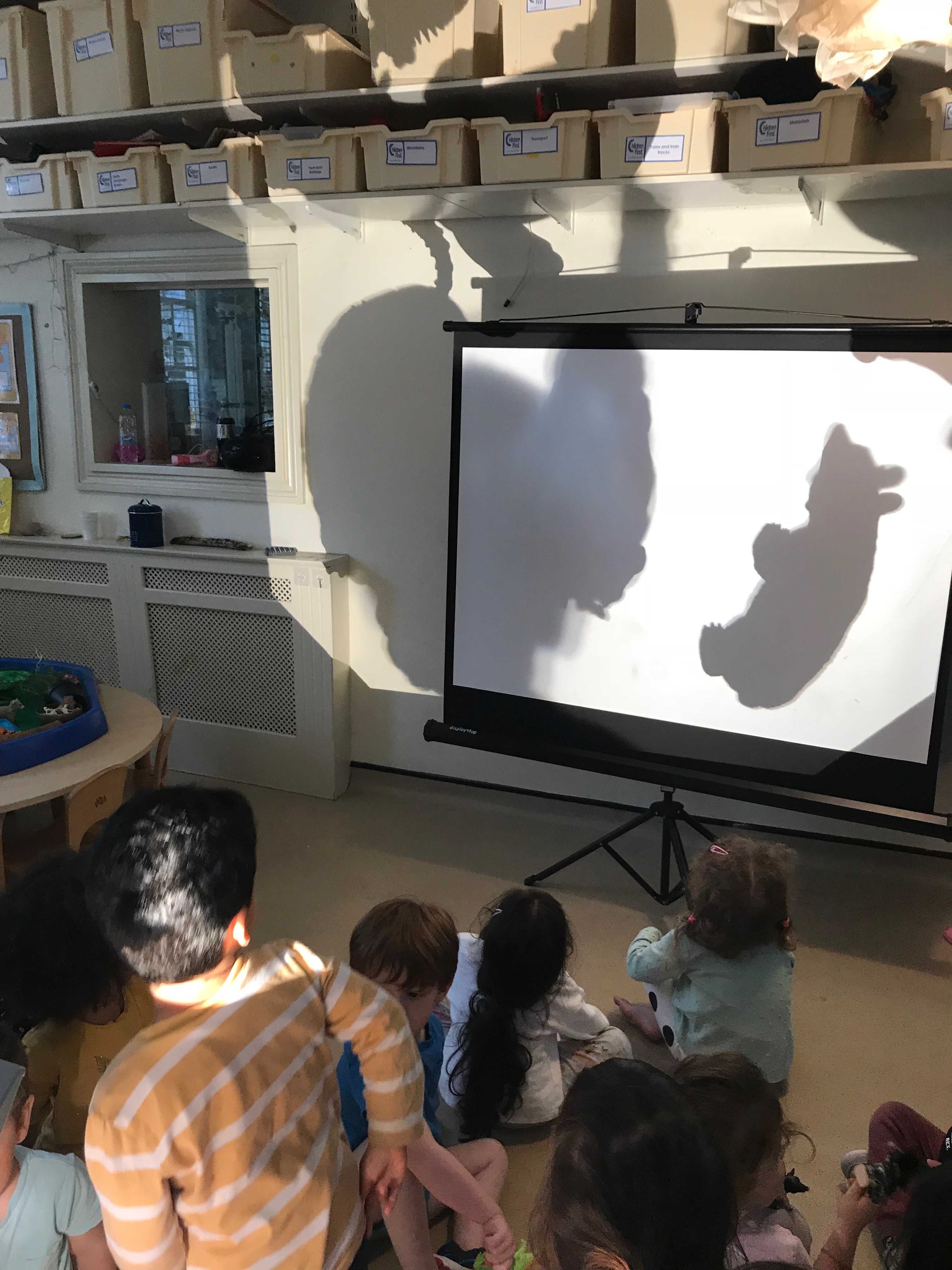 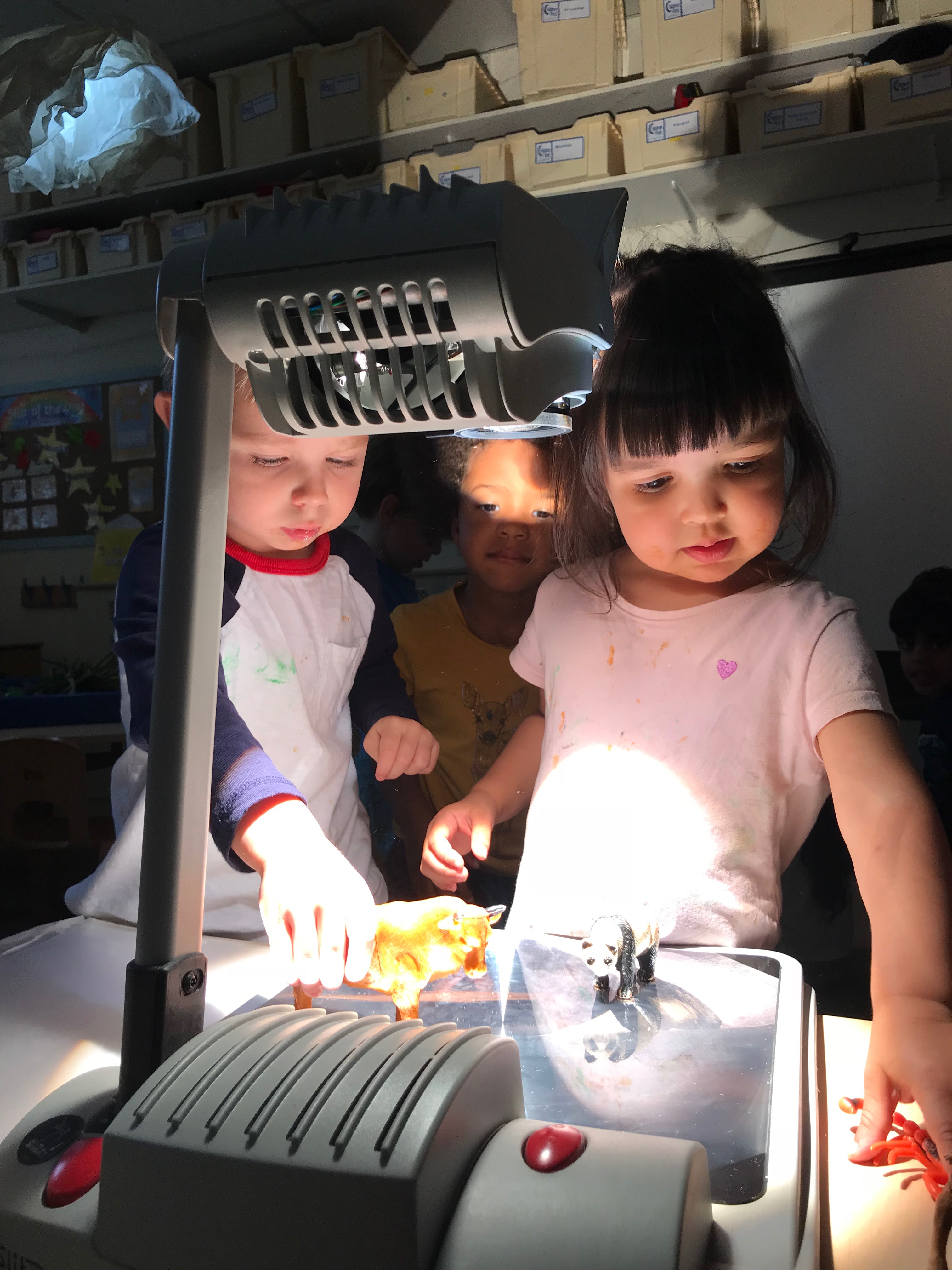 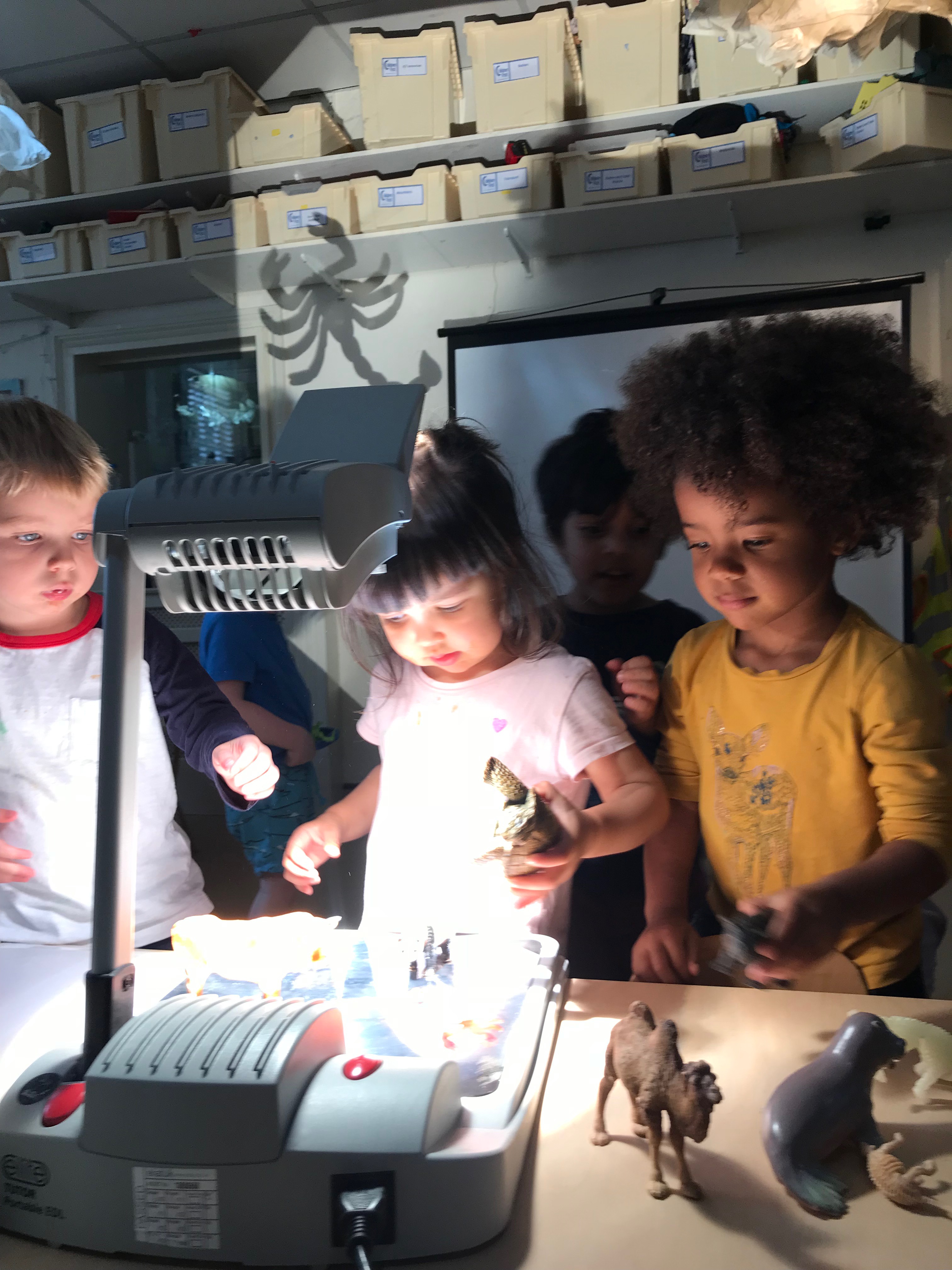