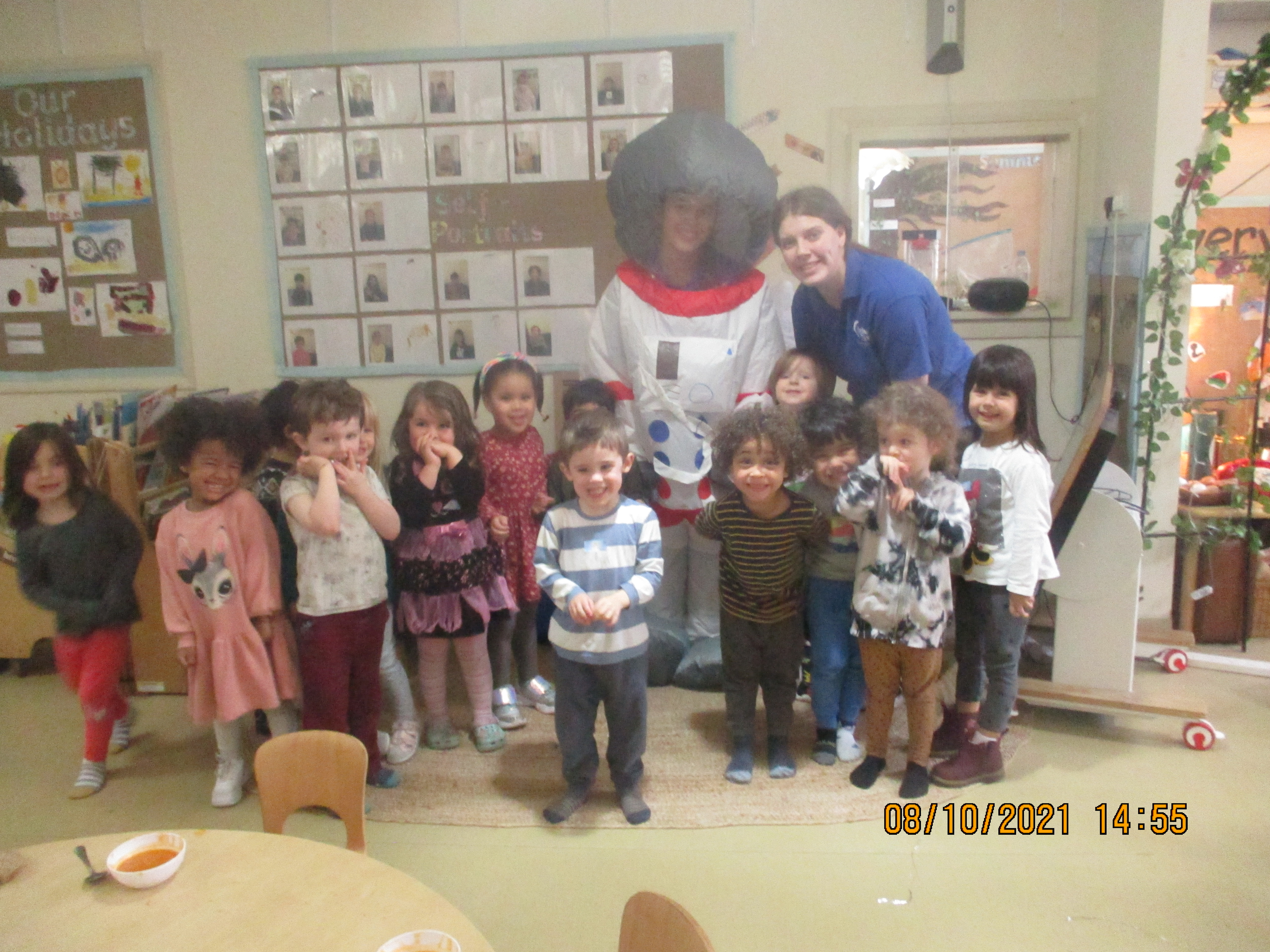 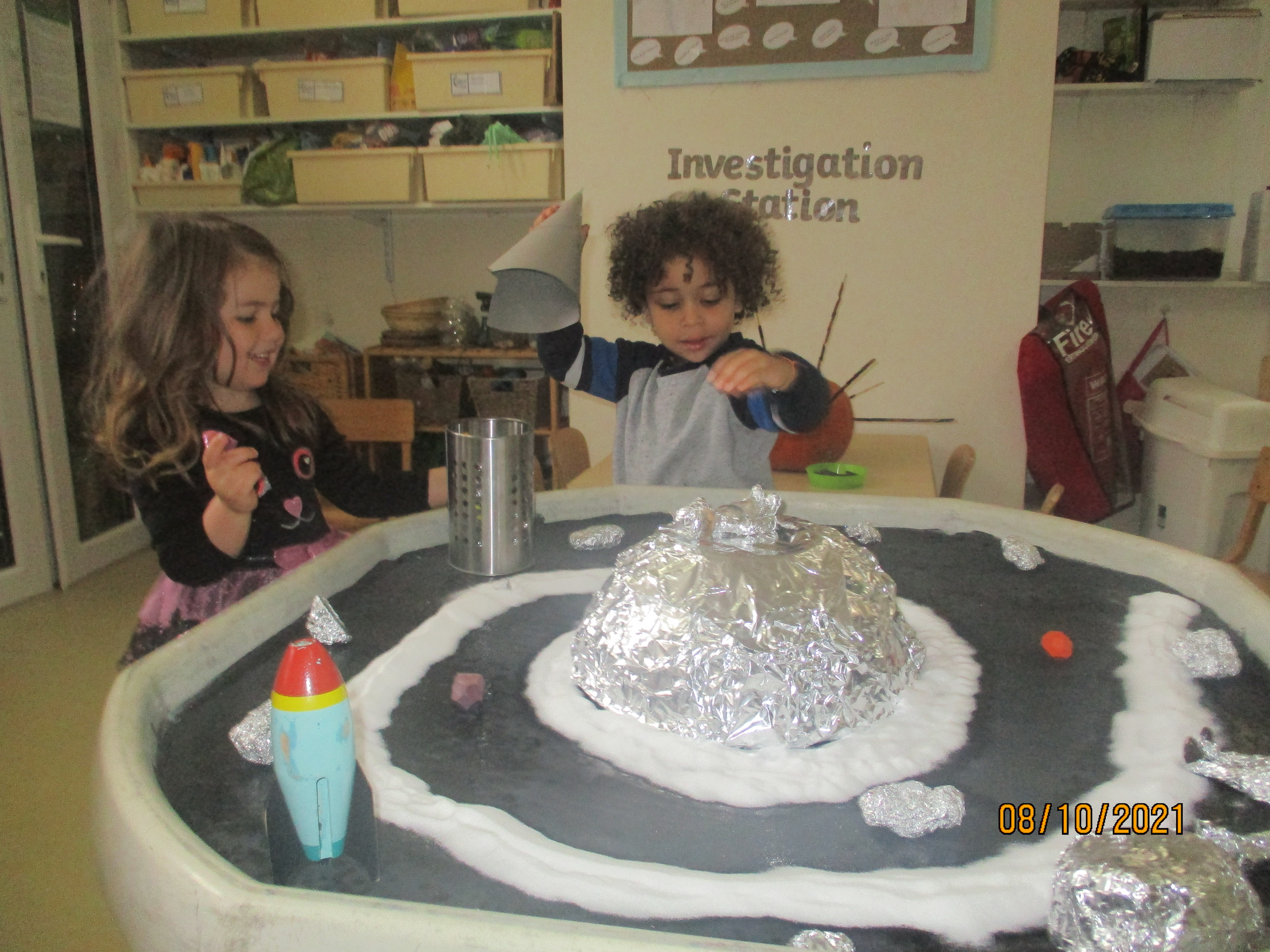 The children took on roles in their play being astronauts. 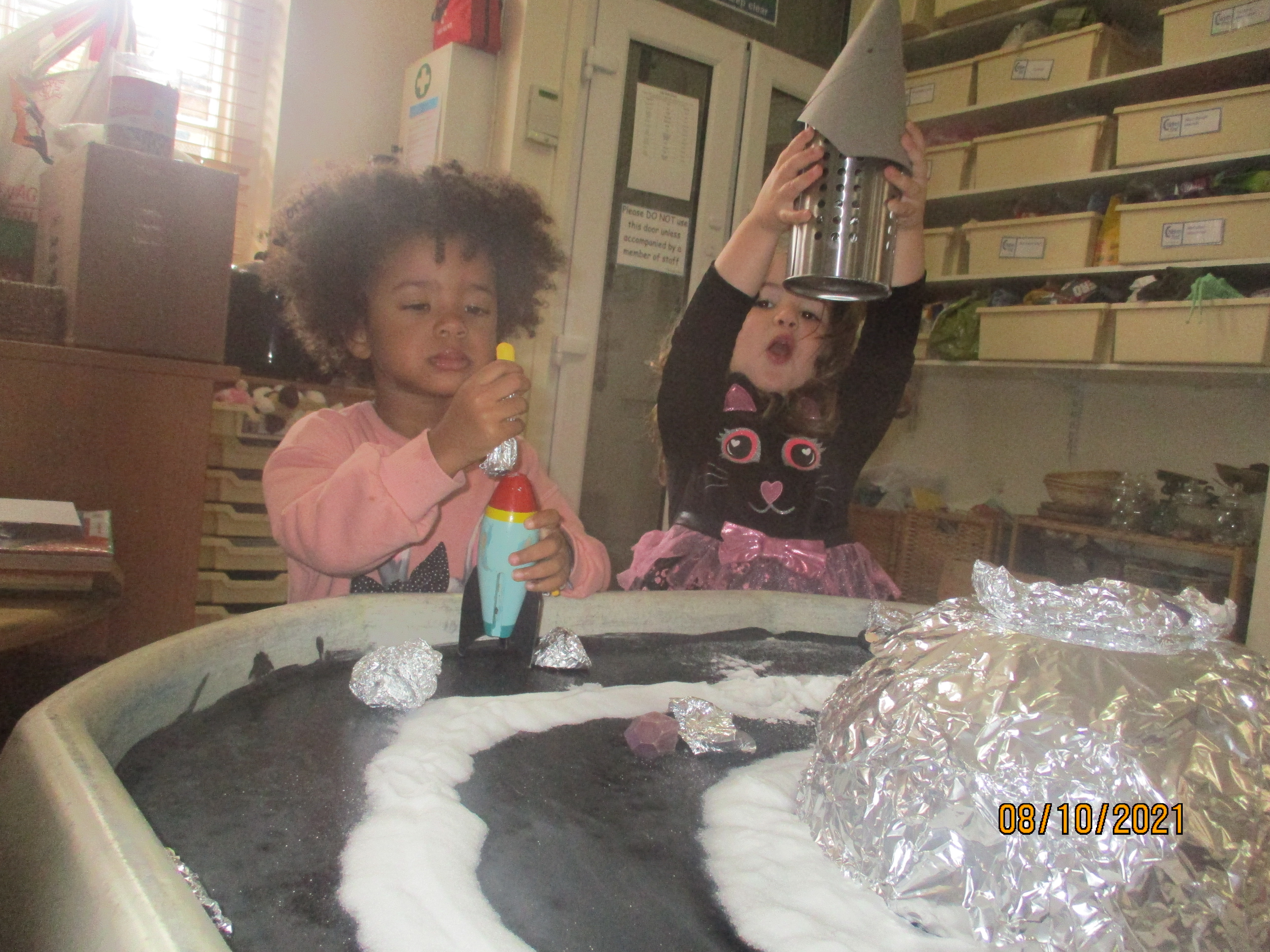 They used the children's laptops to understand the questions they had about space. 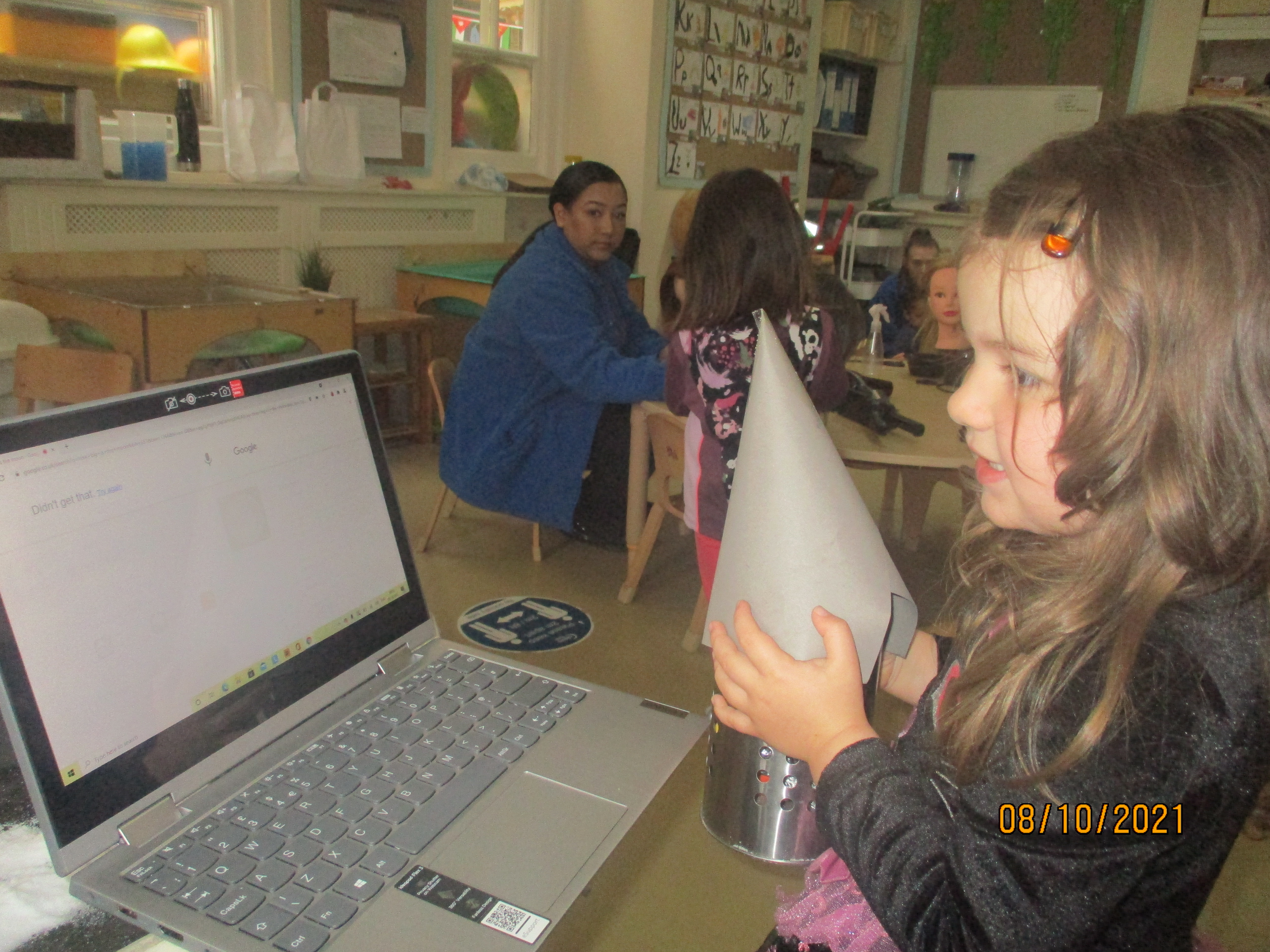 The children used the voice tool on the laptops to ask questions. 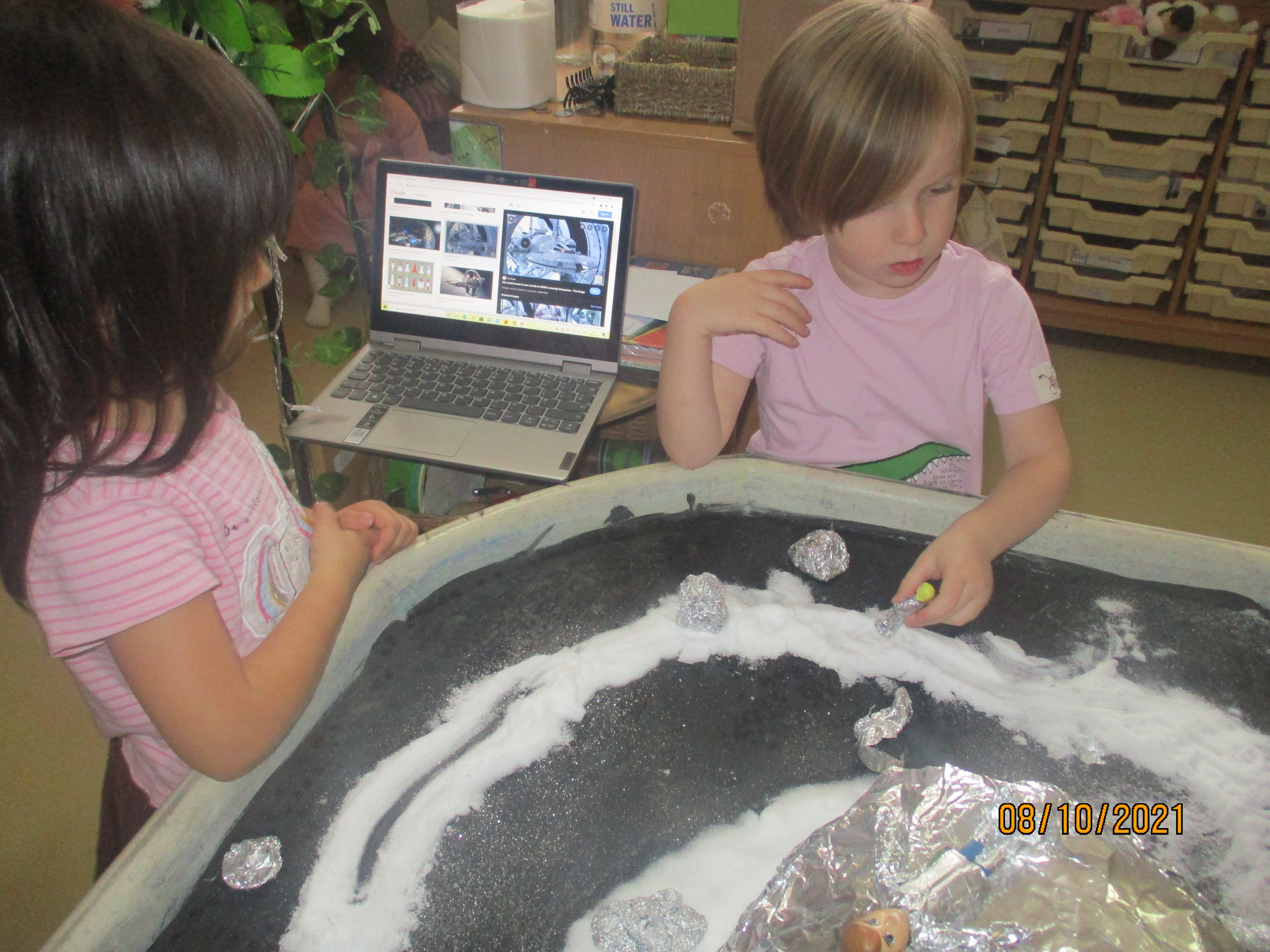 The children used the computers to get information when they requested it. The children also made space rock cakes. They added the ingredients to a bowl. 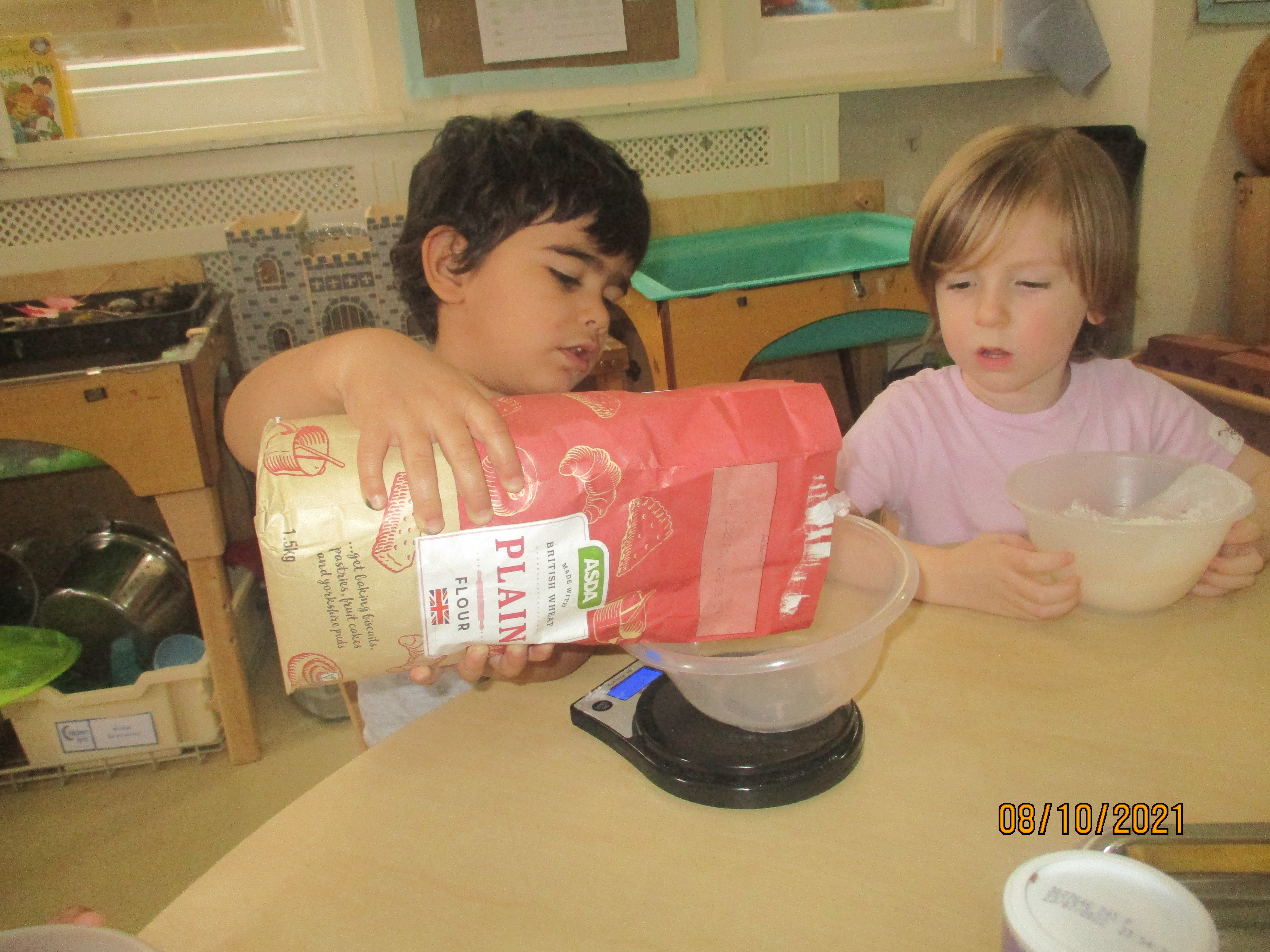 Weighing it out as they explore weight and capacity. 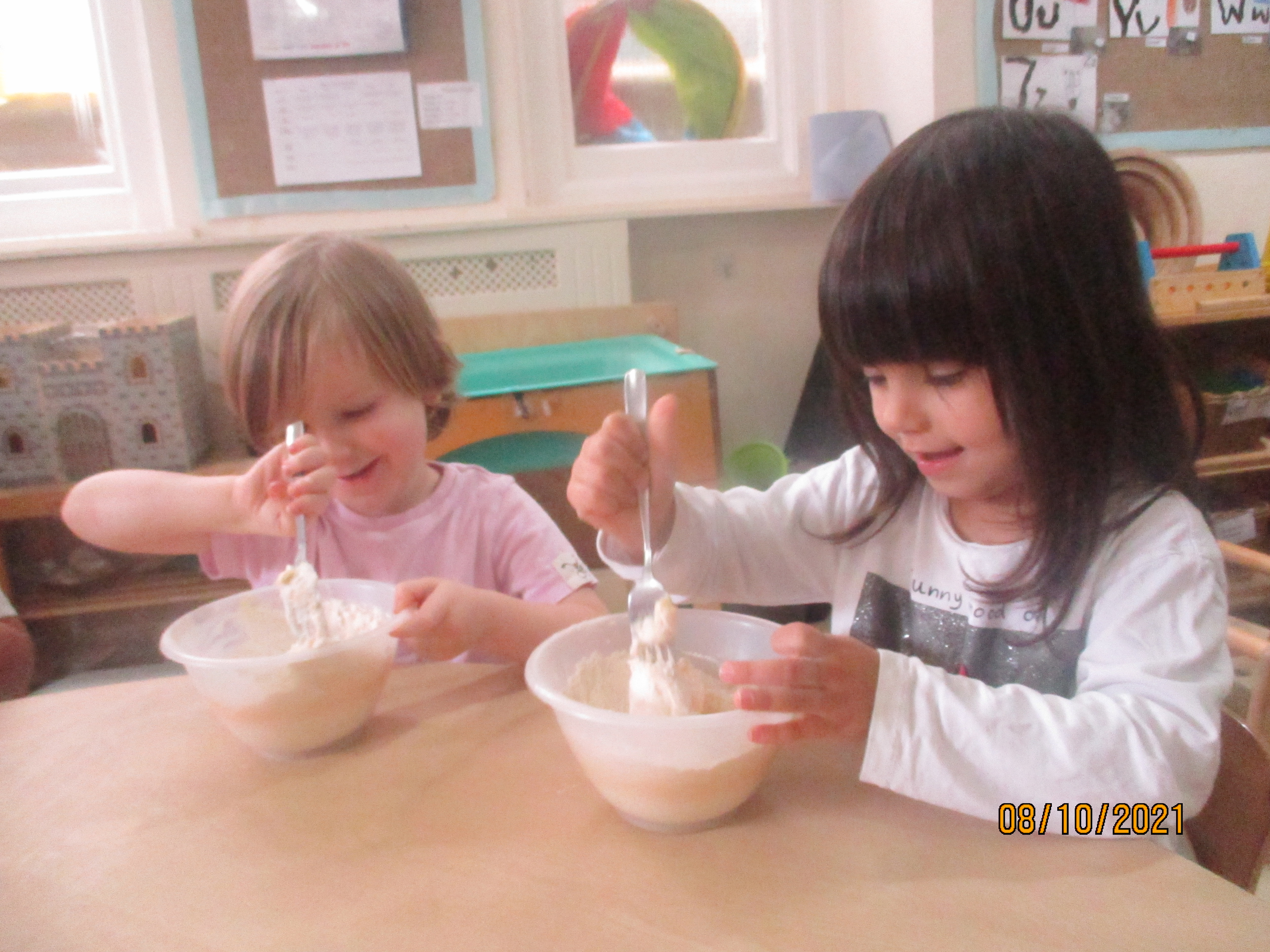 The ingredients was mixed together using tools and hands. Everyone at a space rock cake for tea. It was yummy!

At the end of tea time an astronaut came to visit! 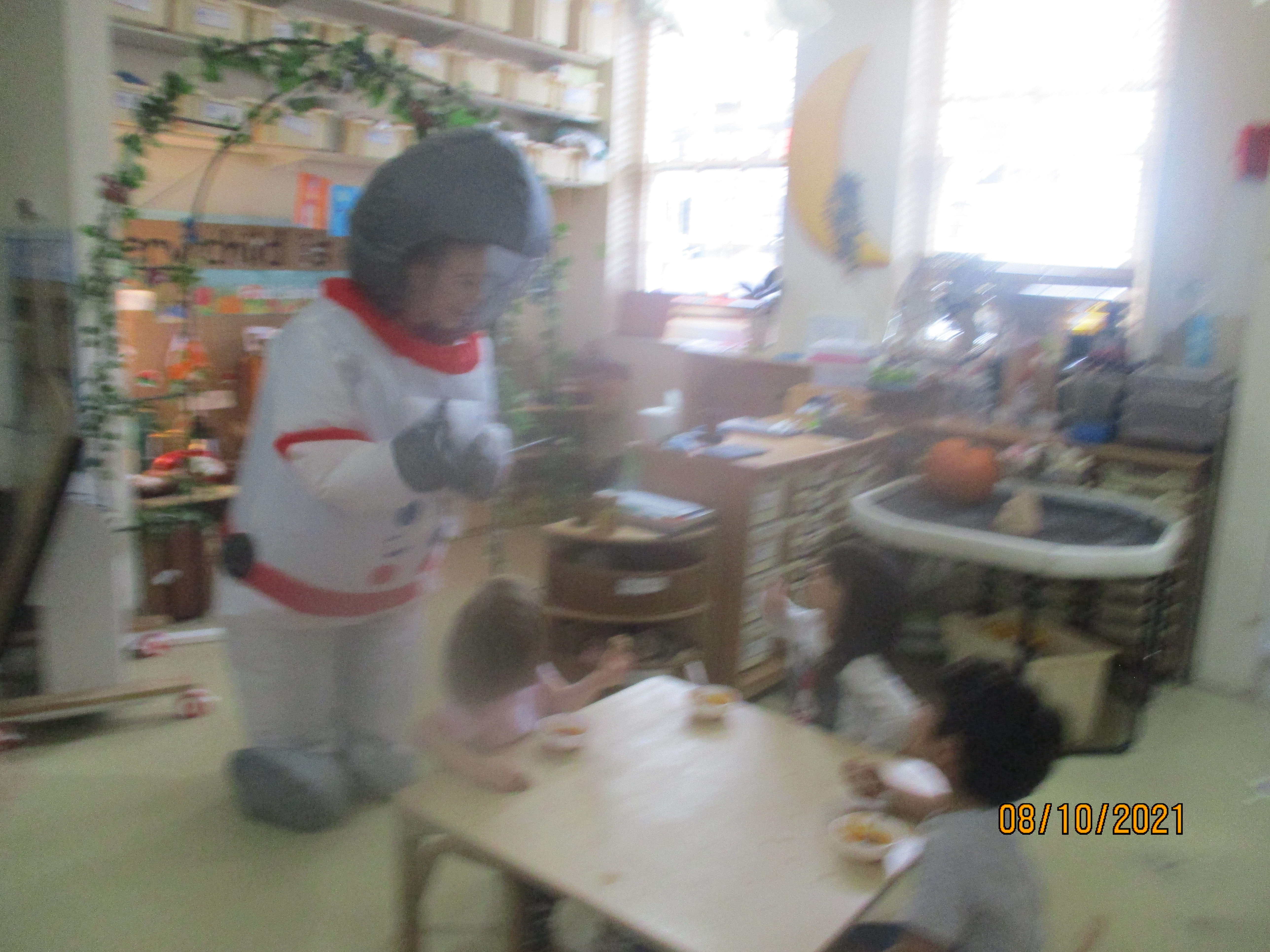 Everyone was very excited. 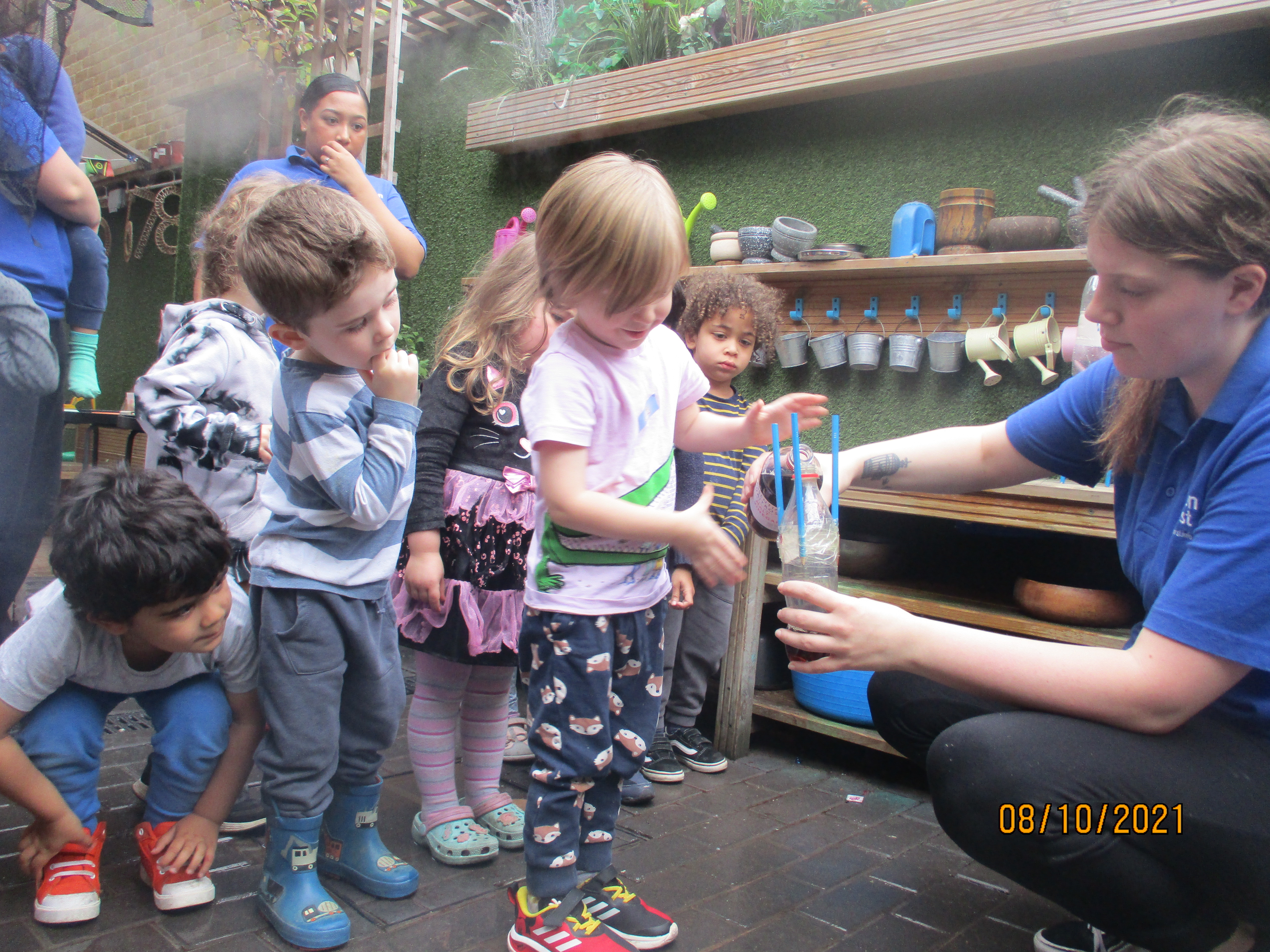 The most exciting space week activity was launching our own rocket. The children researched a science experiment and used bicarbonate of soda and vinegar to launch a rocket into the sky. 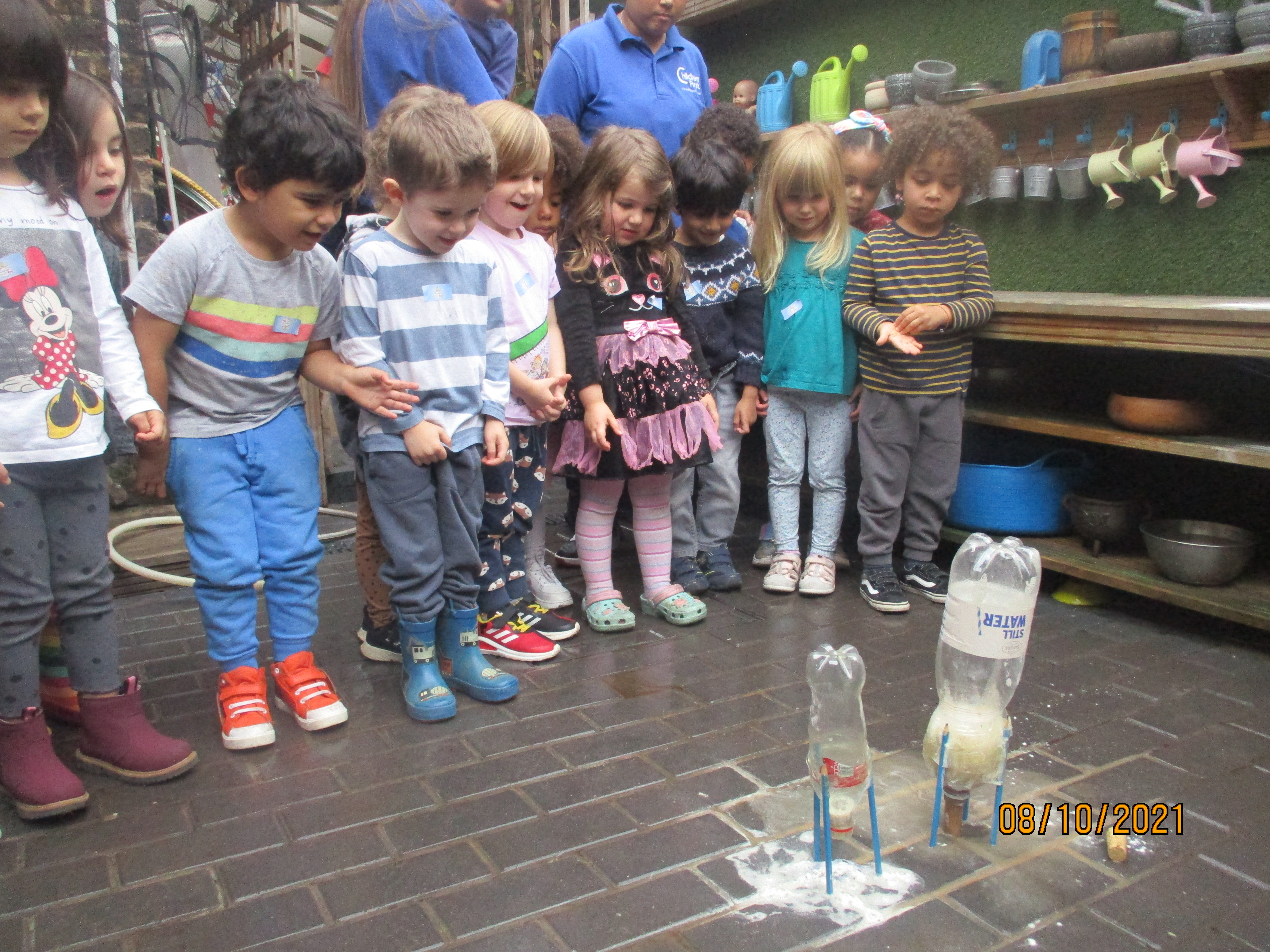 The children watched with awe and wonder as rocket launched into the sky. 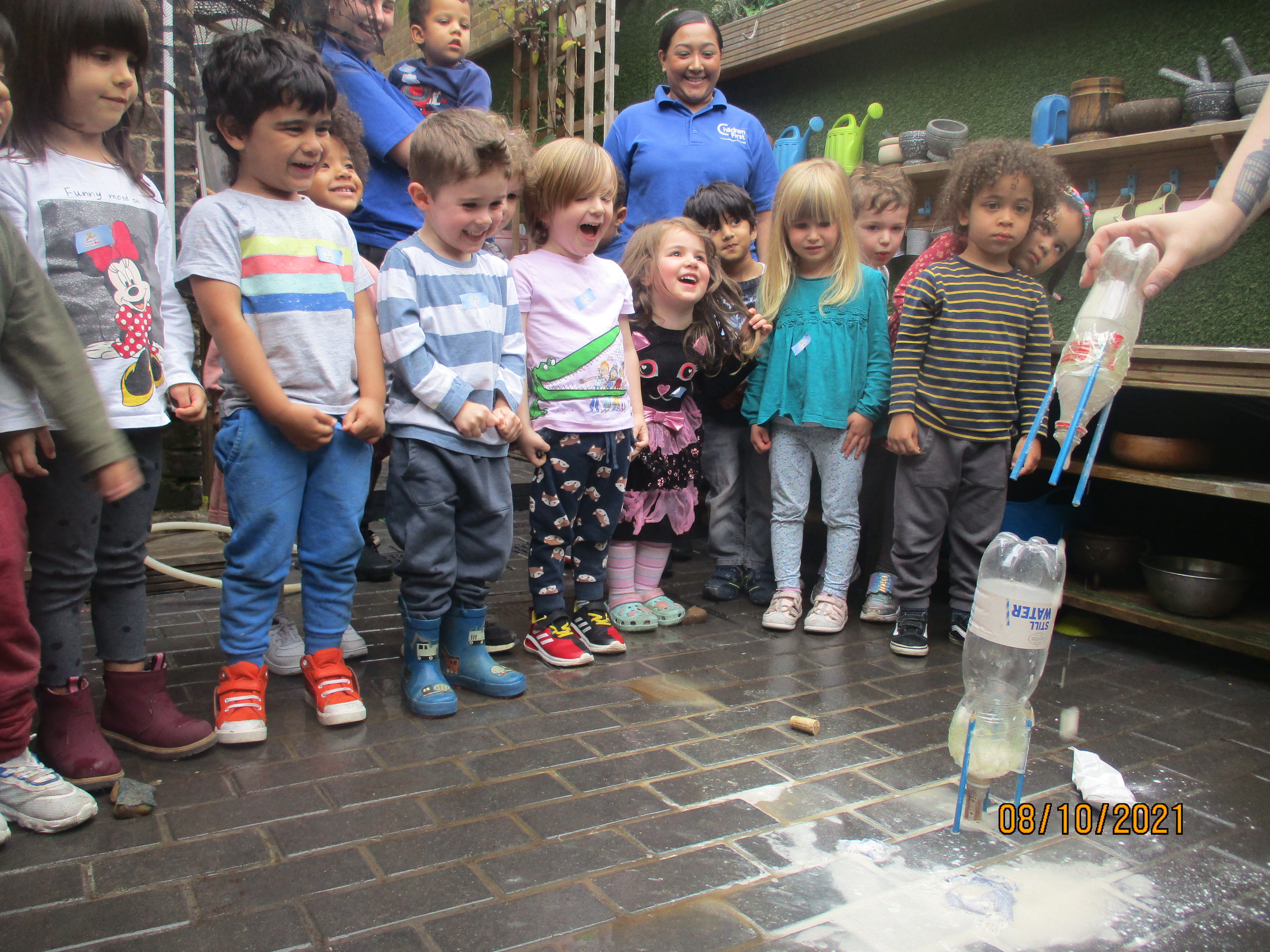 Once it was up it came back down with a crash.