Life Cycle of a Chicken

Tree Decorating at the Care Home

Life Cycle of a Chicken

The Grasshoppers explored the life cycle of a chicken. 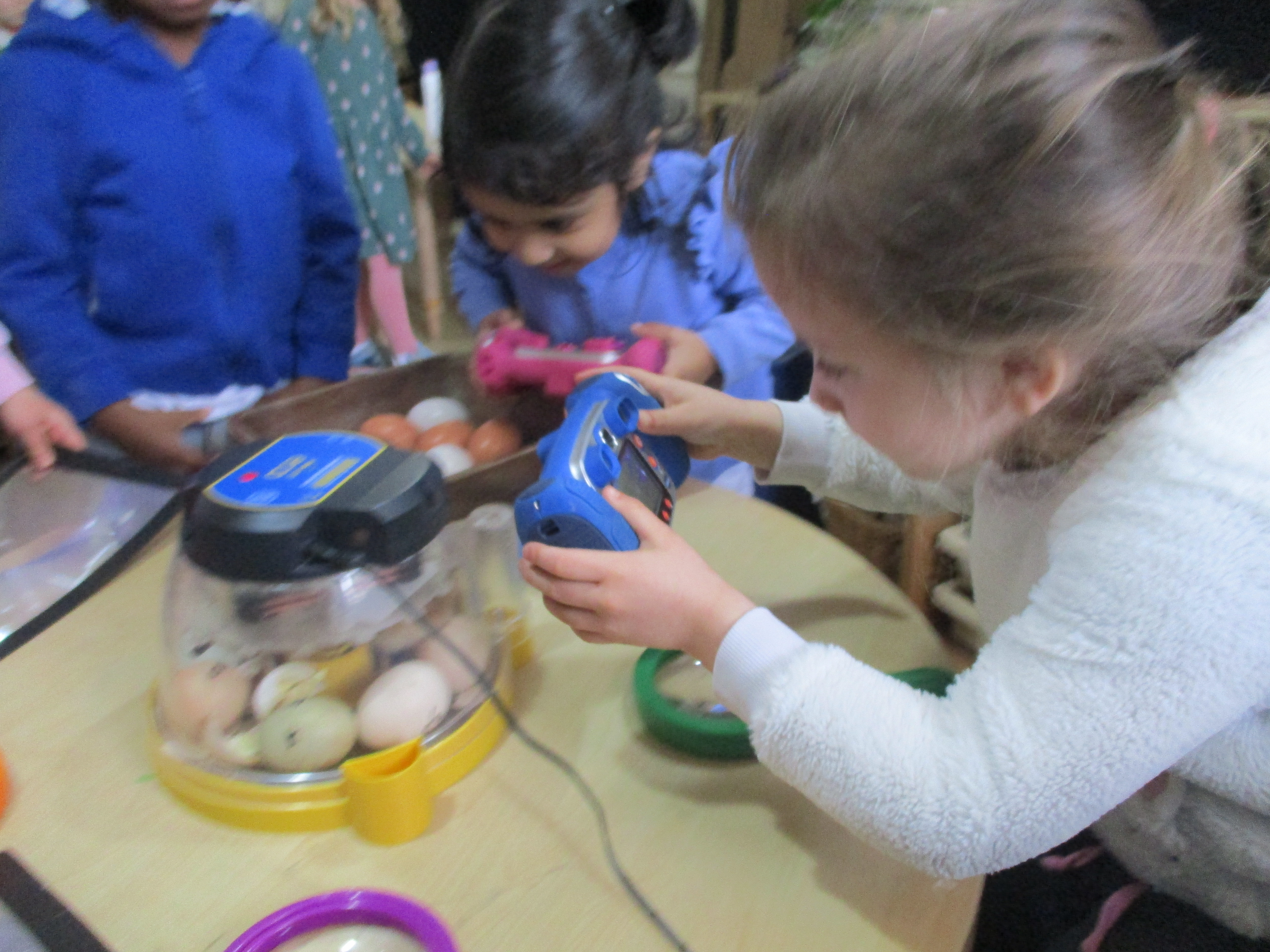 They watched as the eggs were delivered and carefully placed into the incubator. 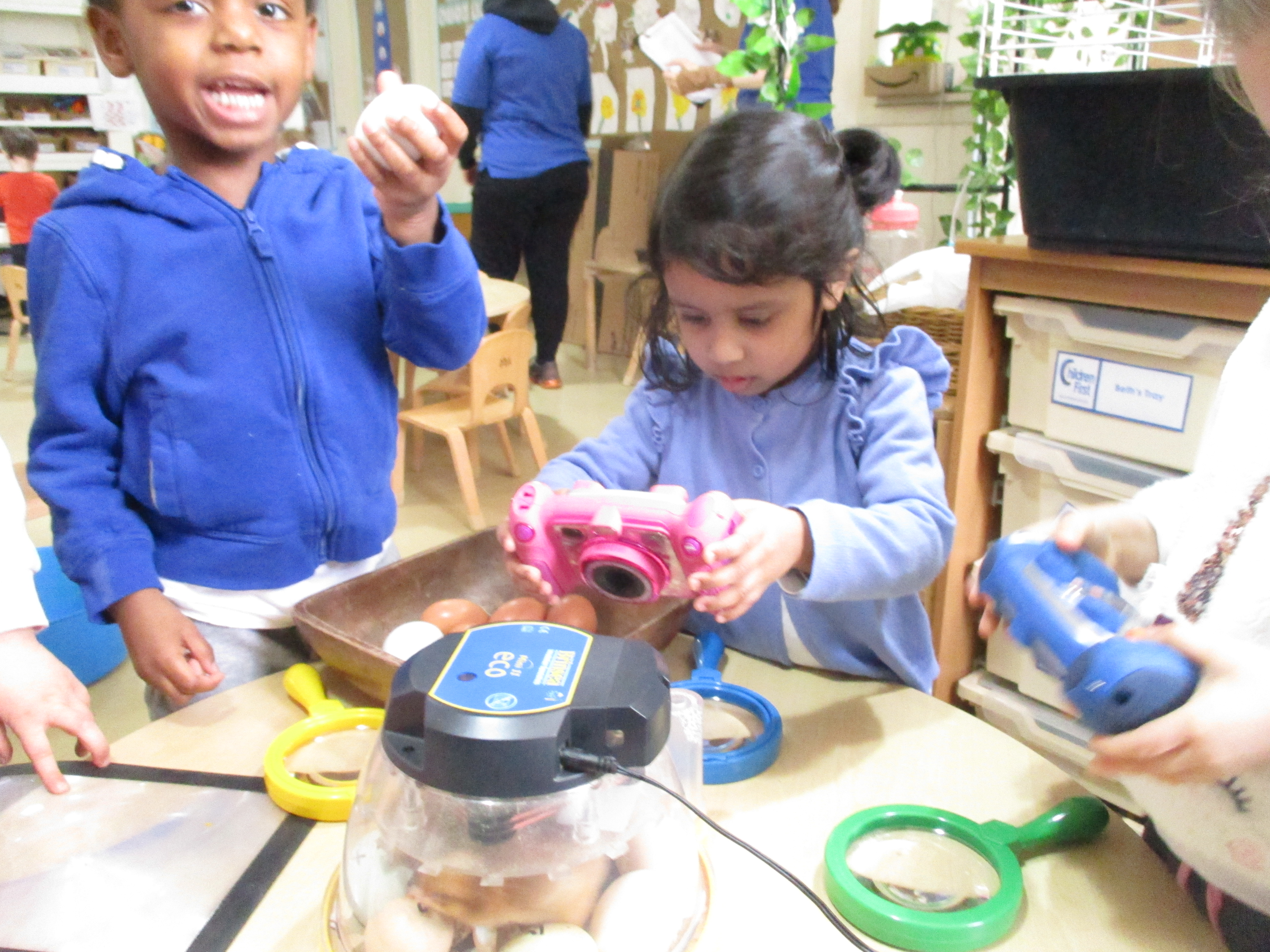 The children talked about why the incubator was needed and what it does. 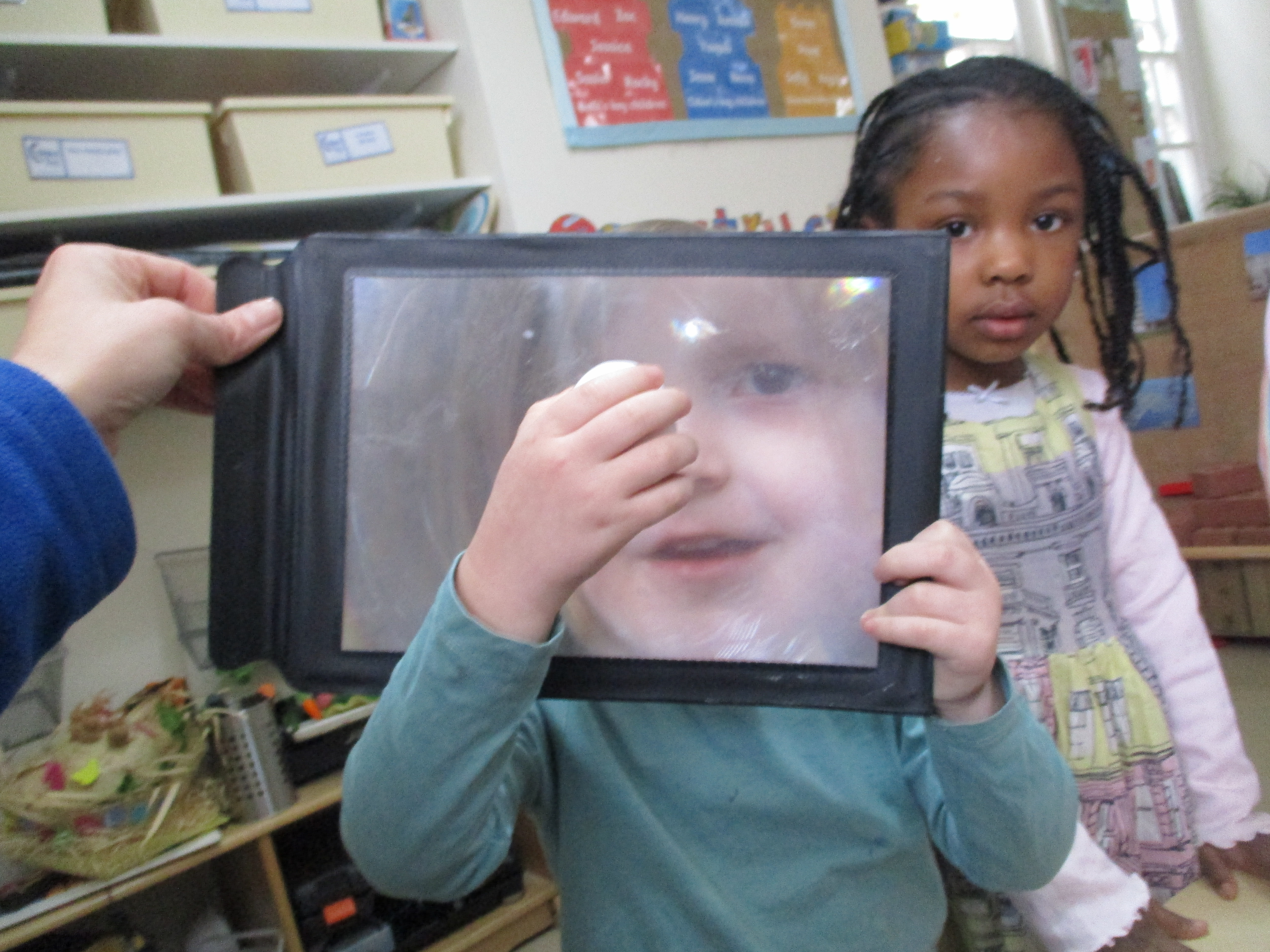 They looked at the variety of different eggs that were delivered in a range of colours. 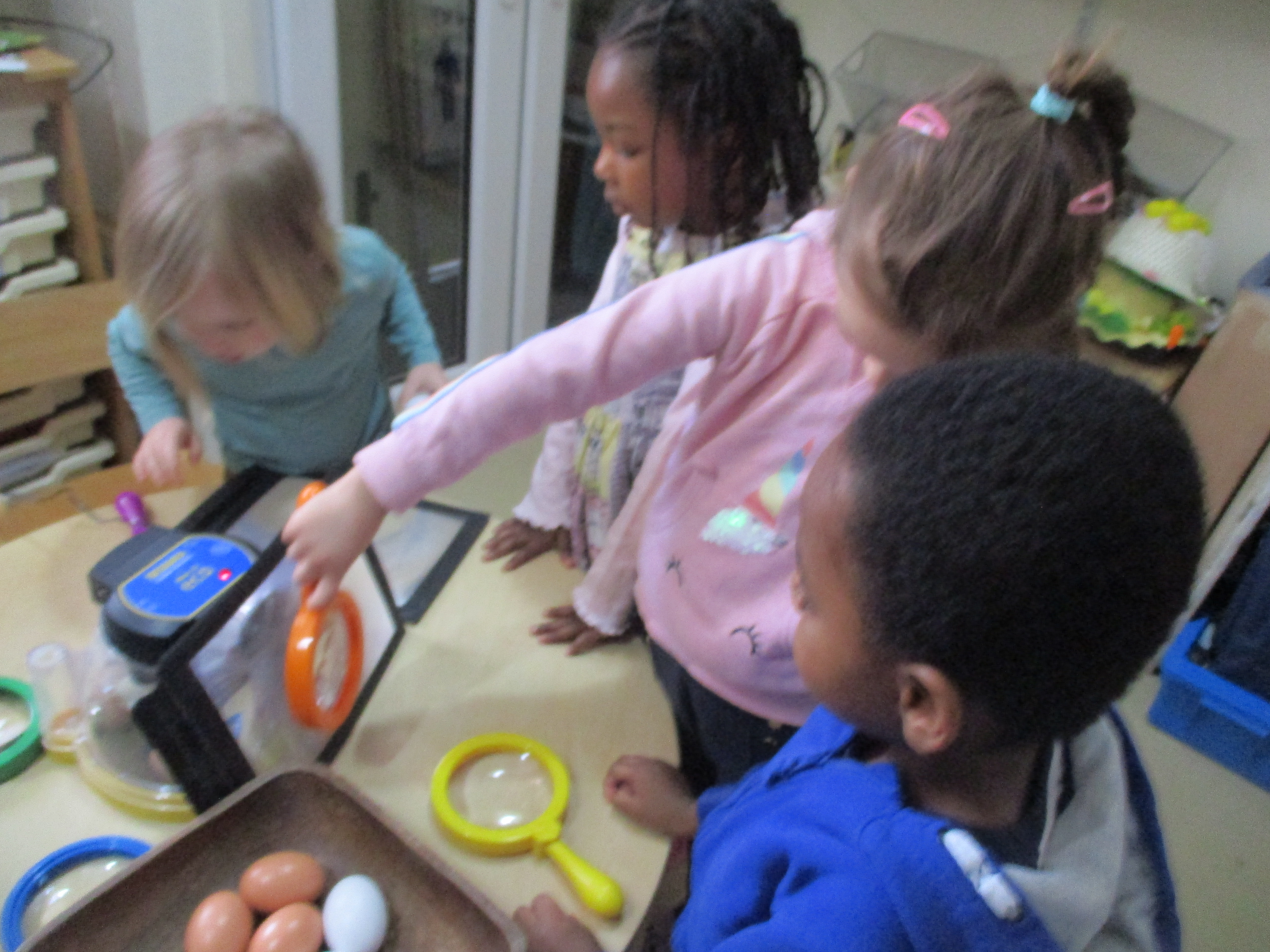 The children said the chicks inside might have different coloured feathers. 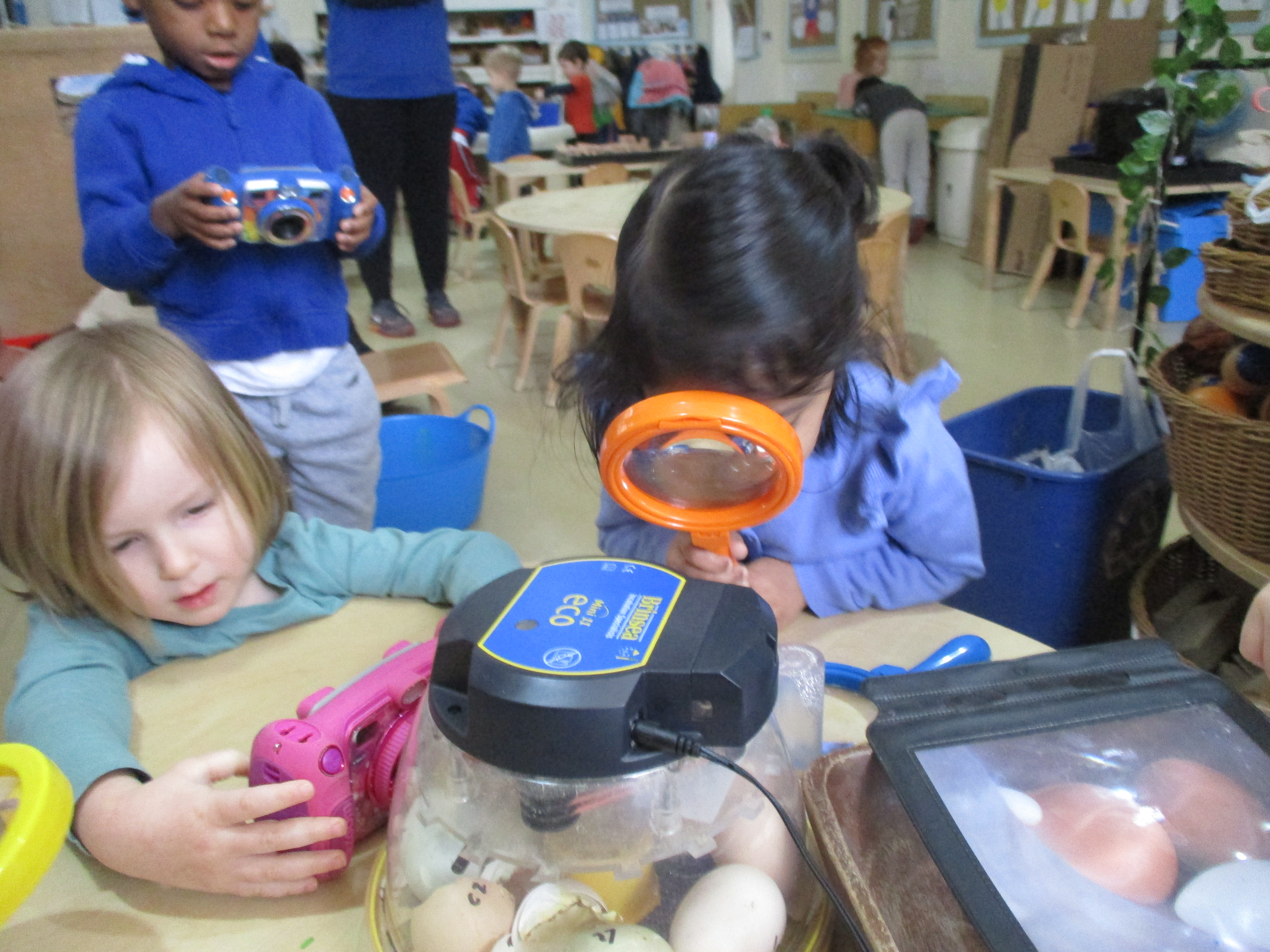 When the chicks began to hatch the children watched first hand. 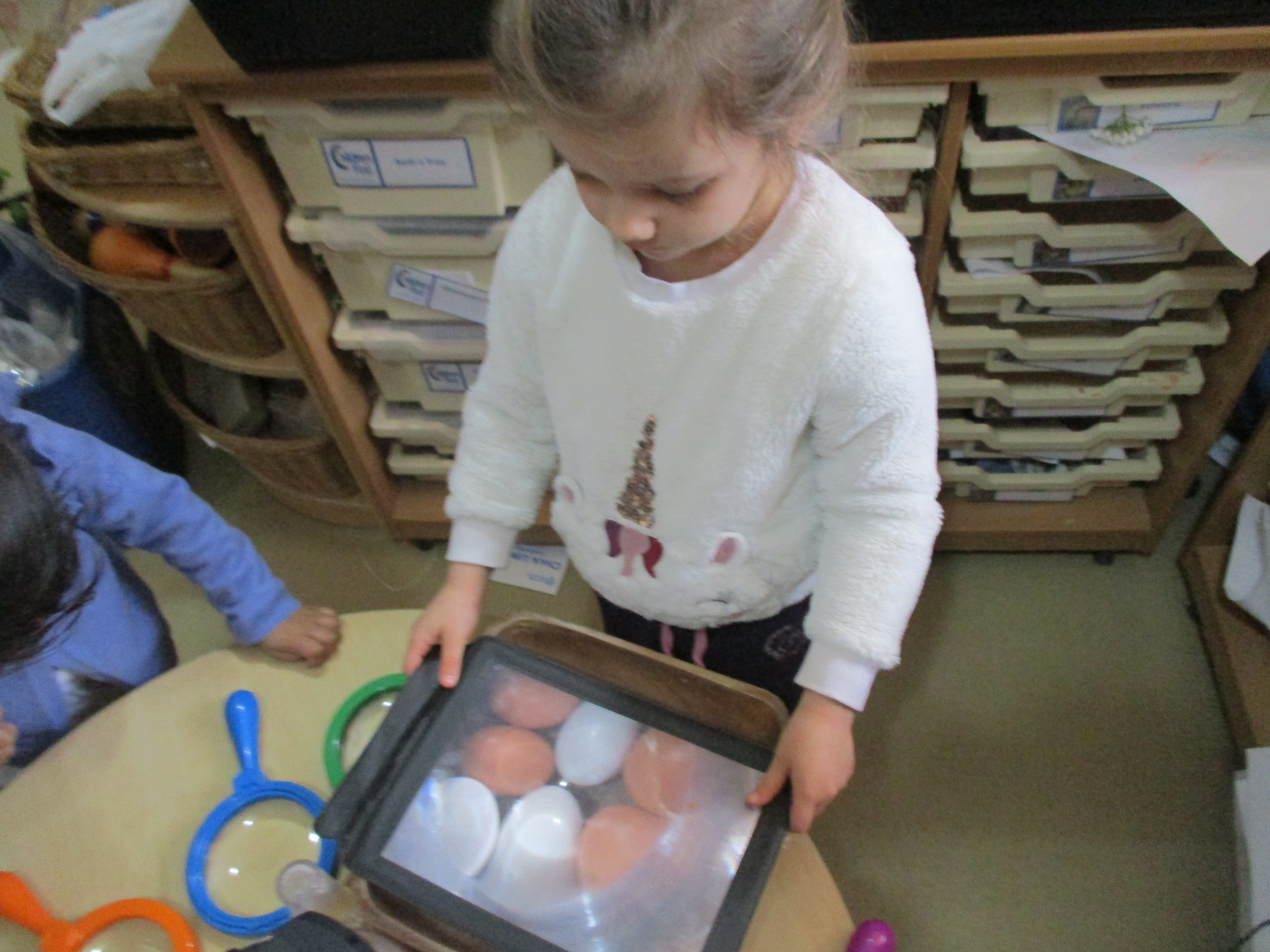 They showed huge amounts of awe and wonder in their play. 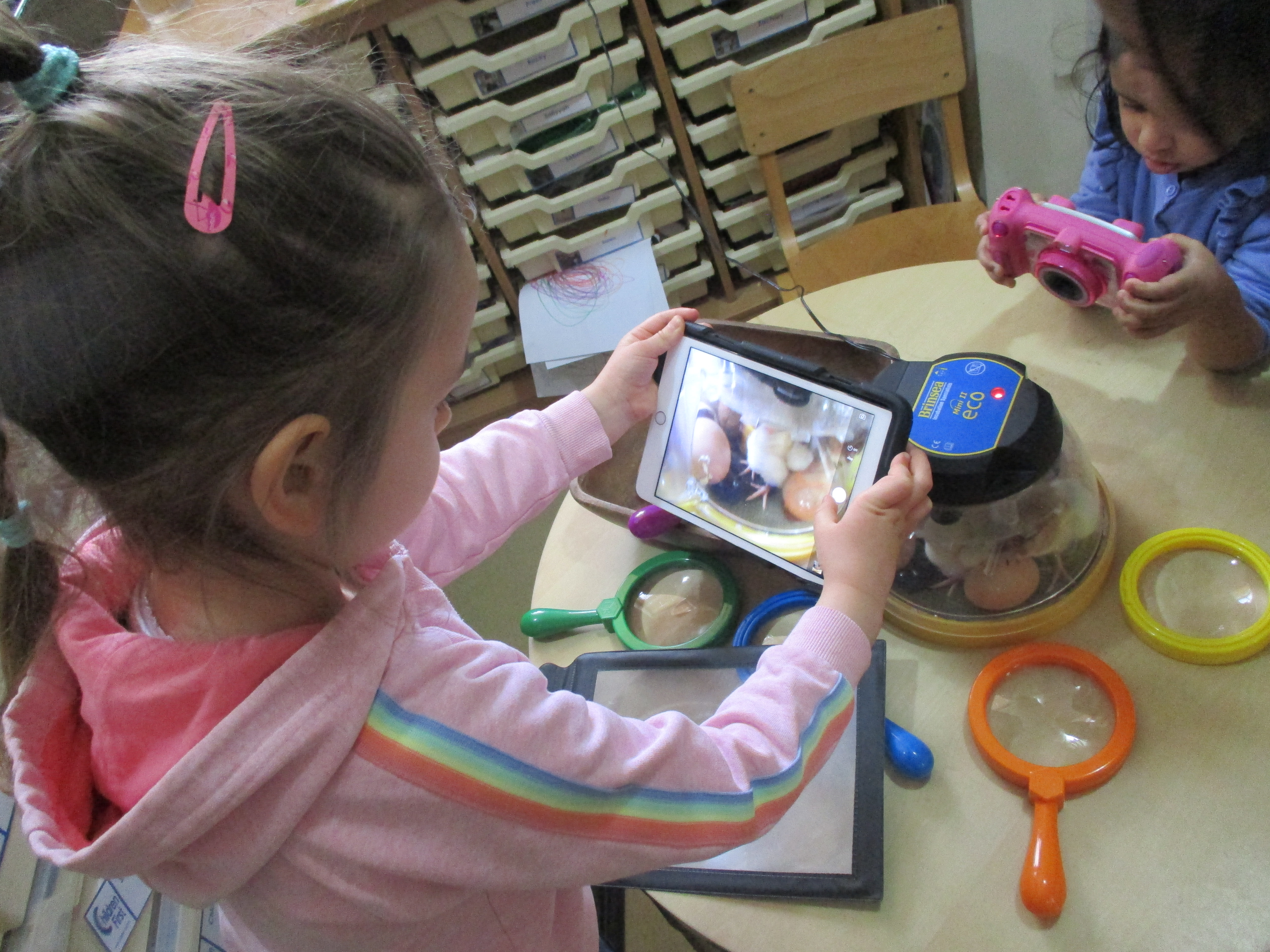 They took images and videos on the children's camera's.

They took larger images on the Ipad t share with their peers. 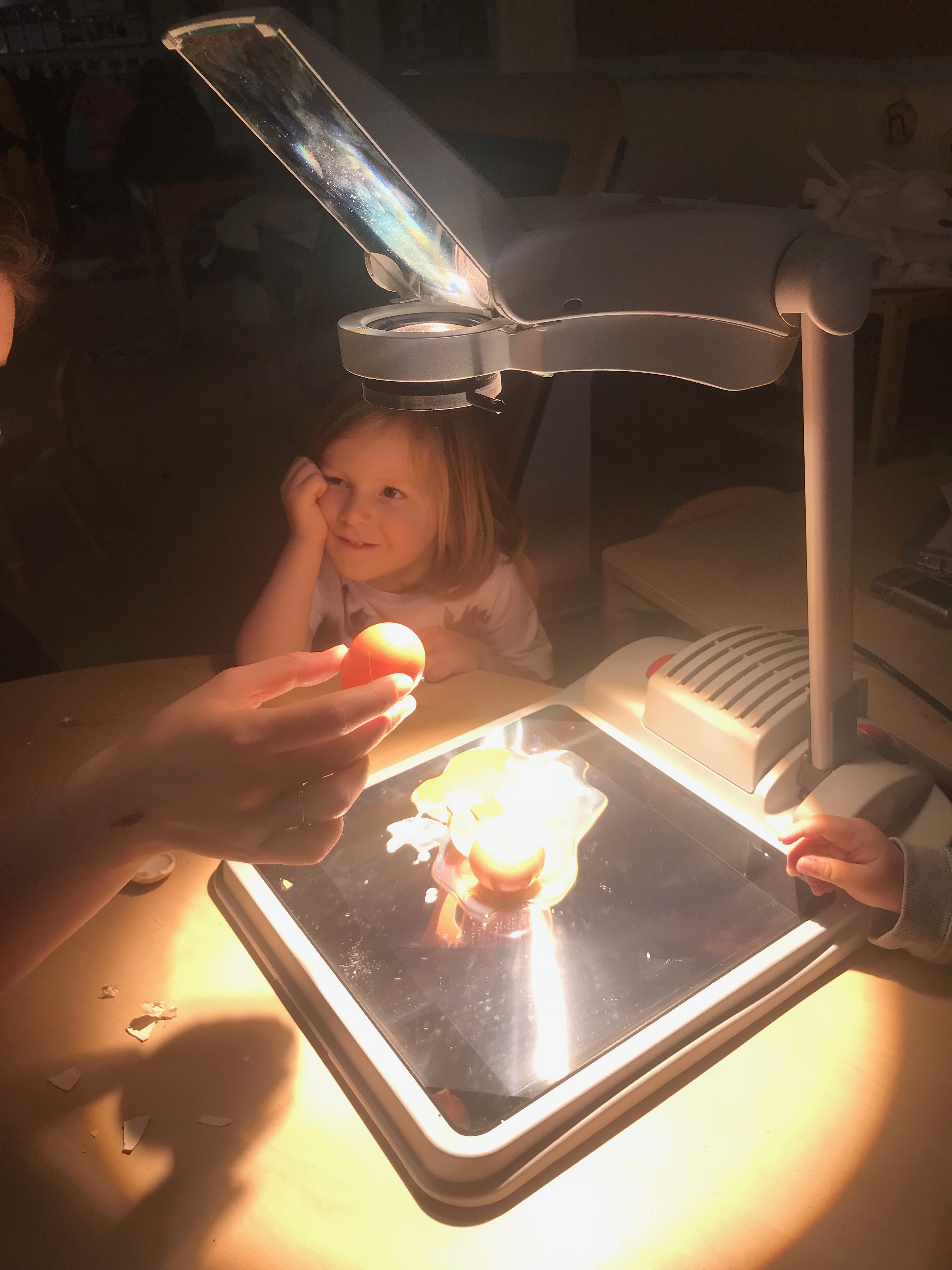 They looked through magnifying glasses and large page magnifiers to see what was happening inside the incubator. 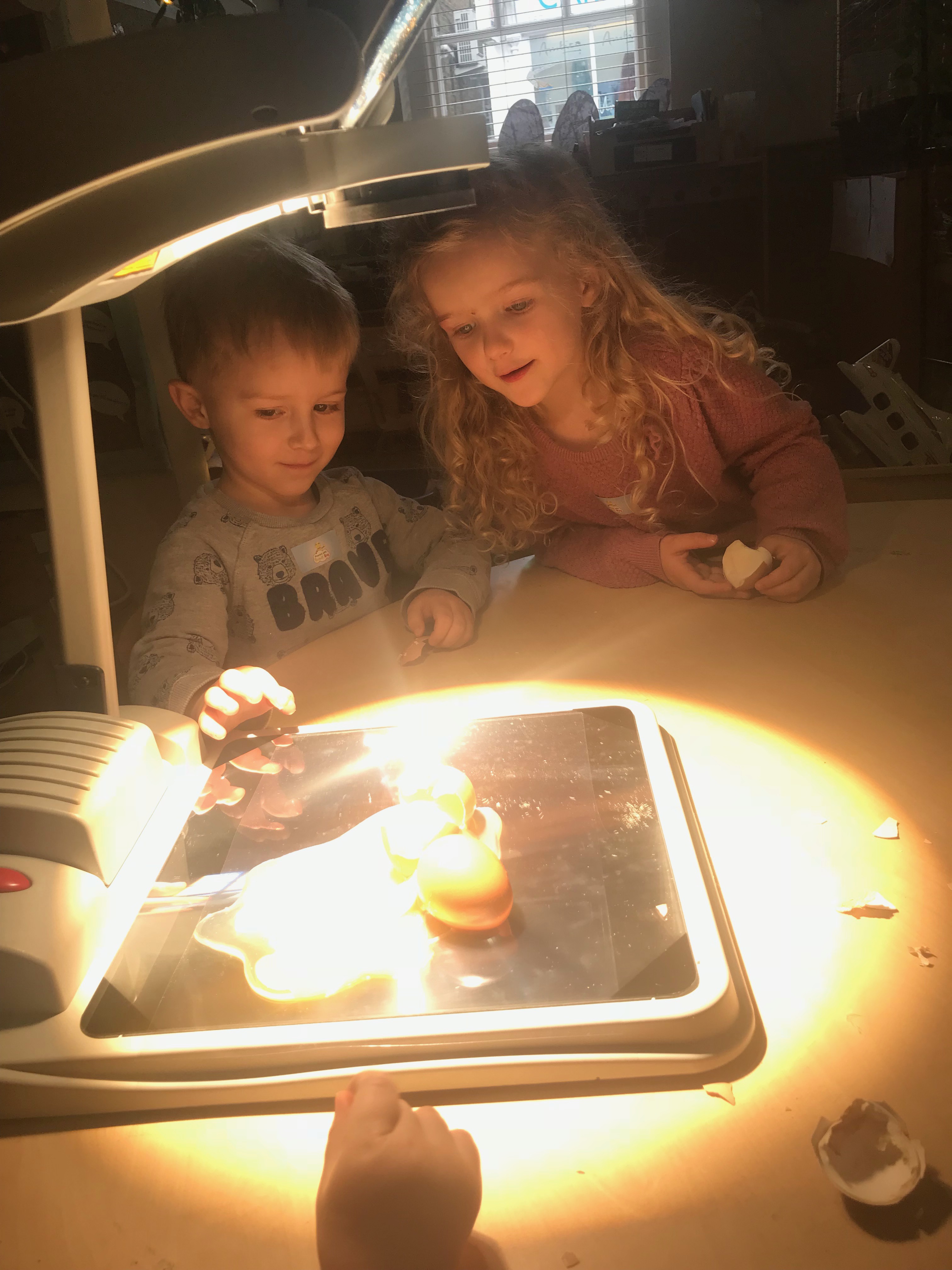 The projector was used to look at and examine the inside of various coloured eggs. 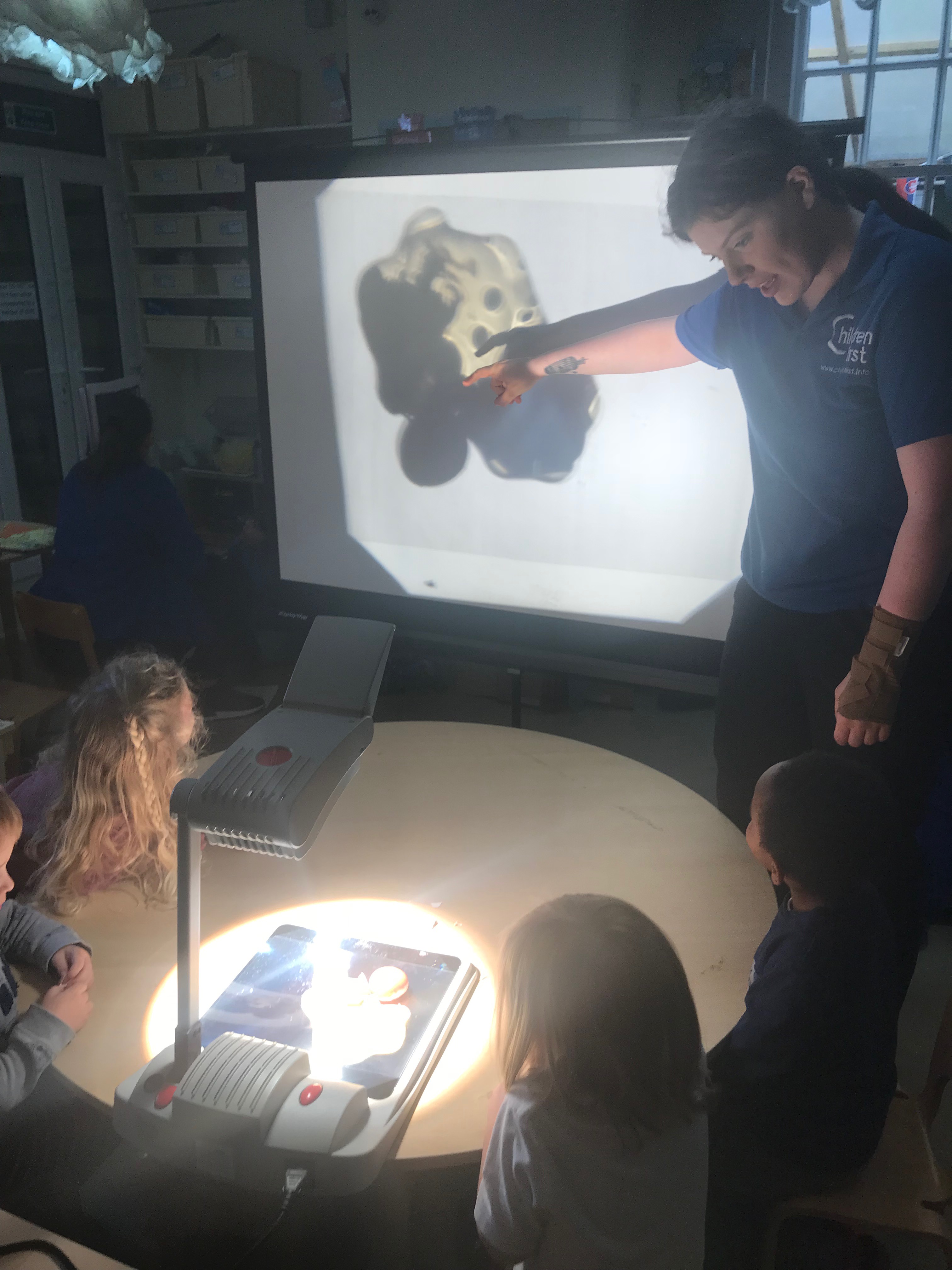 The eggs were cracked open and the children could see that the inside of the egg was the same. 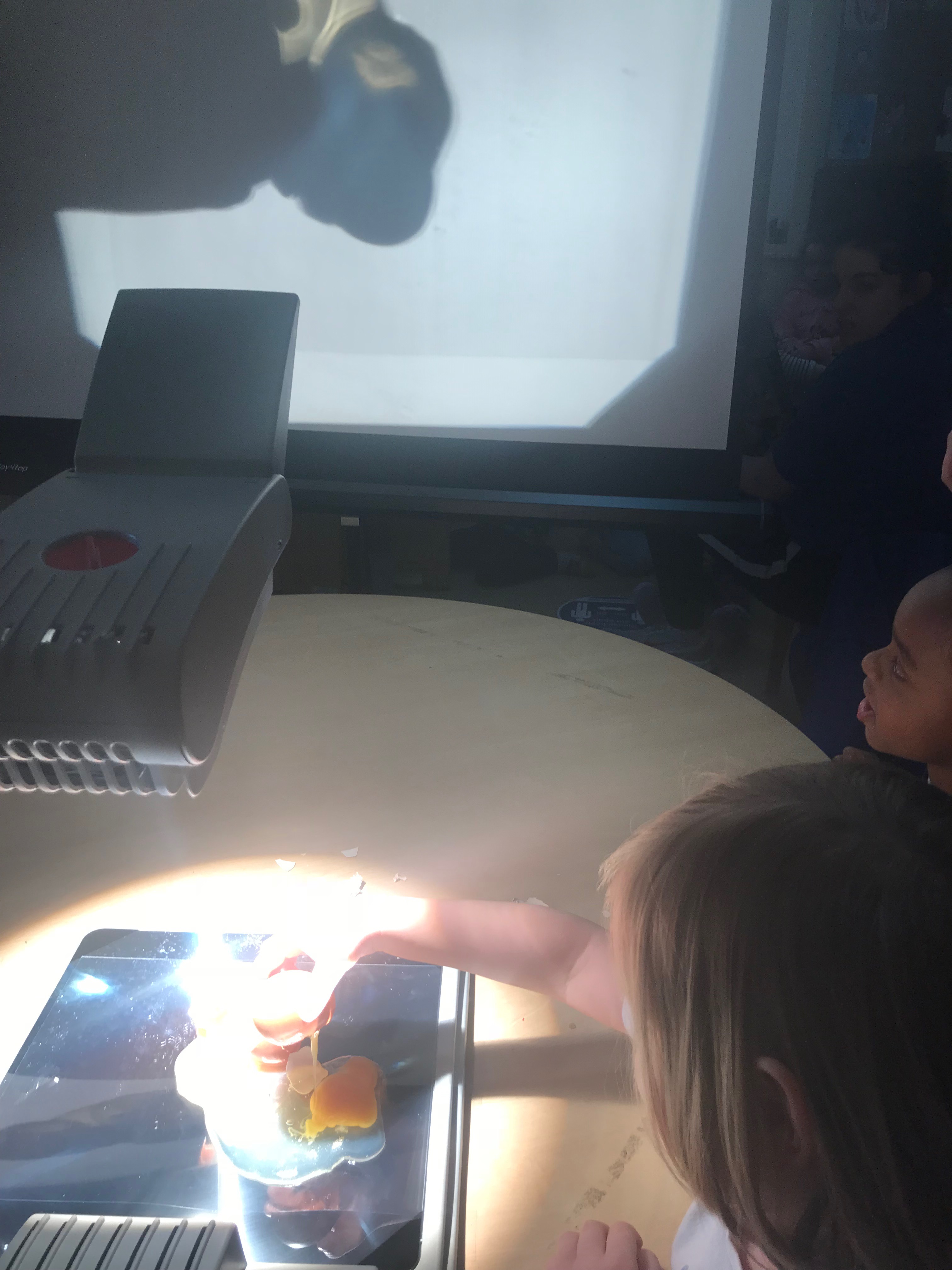 Once all of the chicks had hatched the children supported Chloe to move them from the incubator to the brooder. 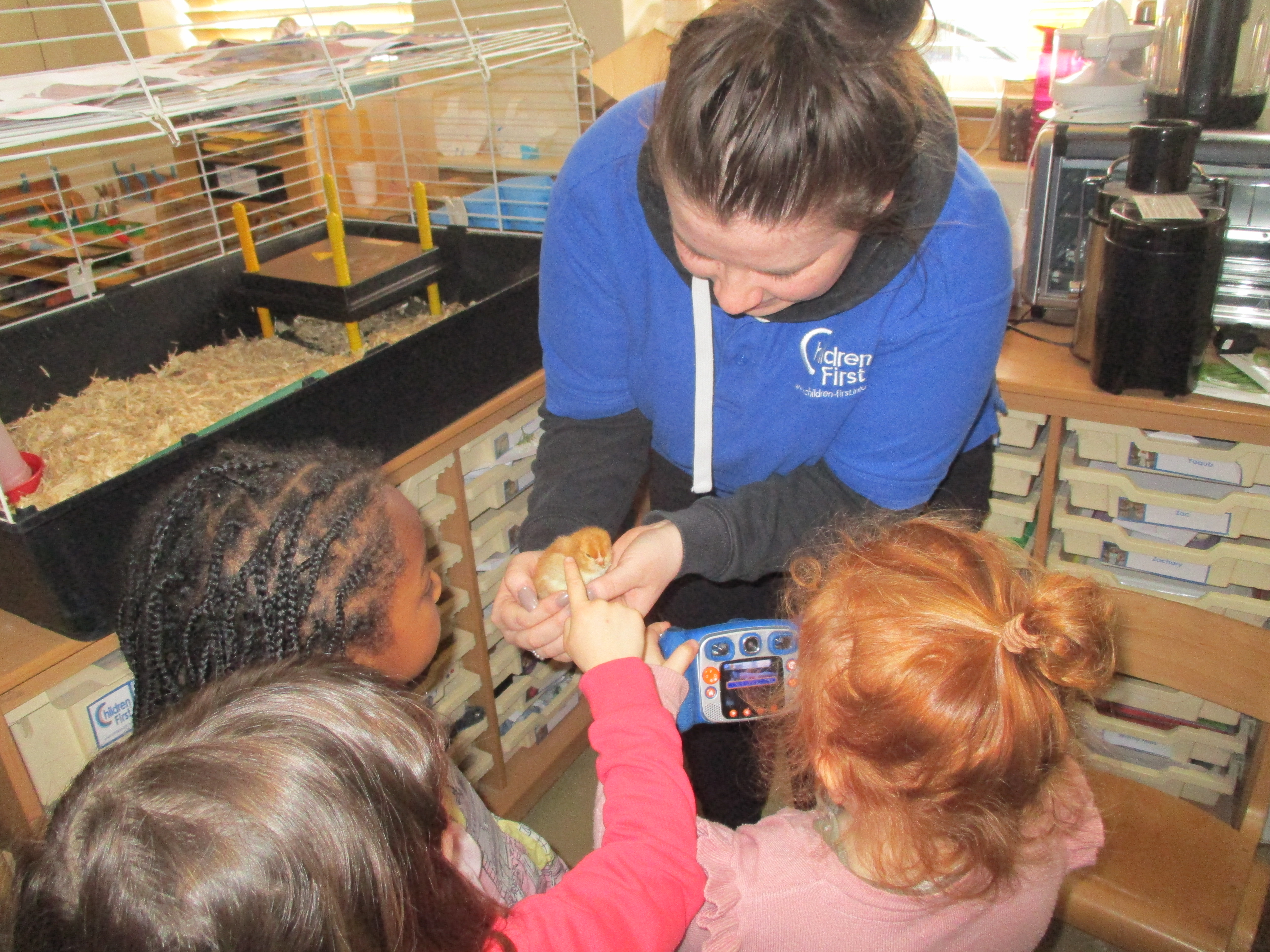 The children talked about the use of the brooder and how it kept the new chicks warm. 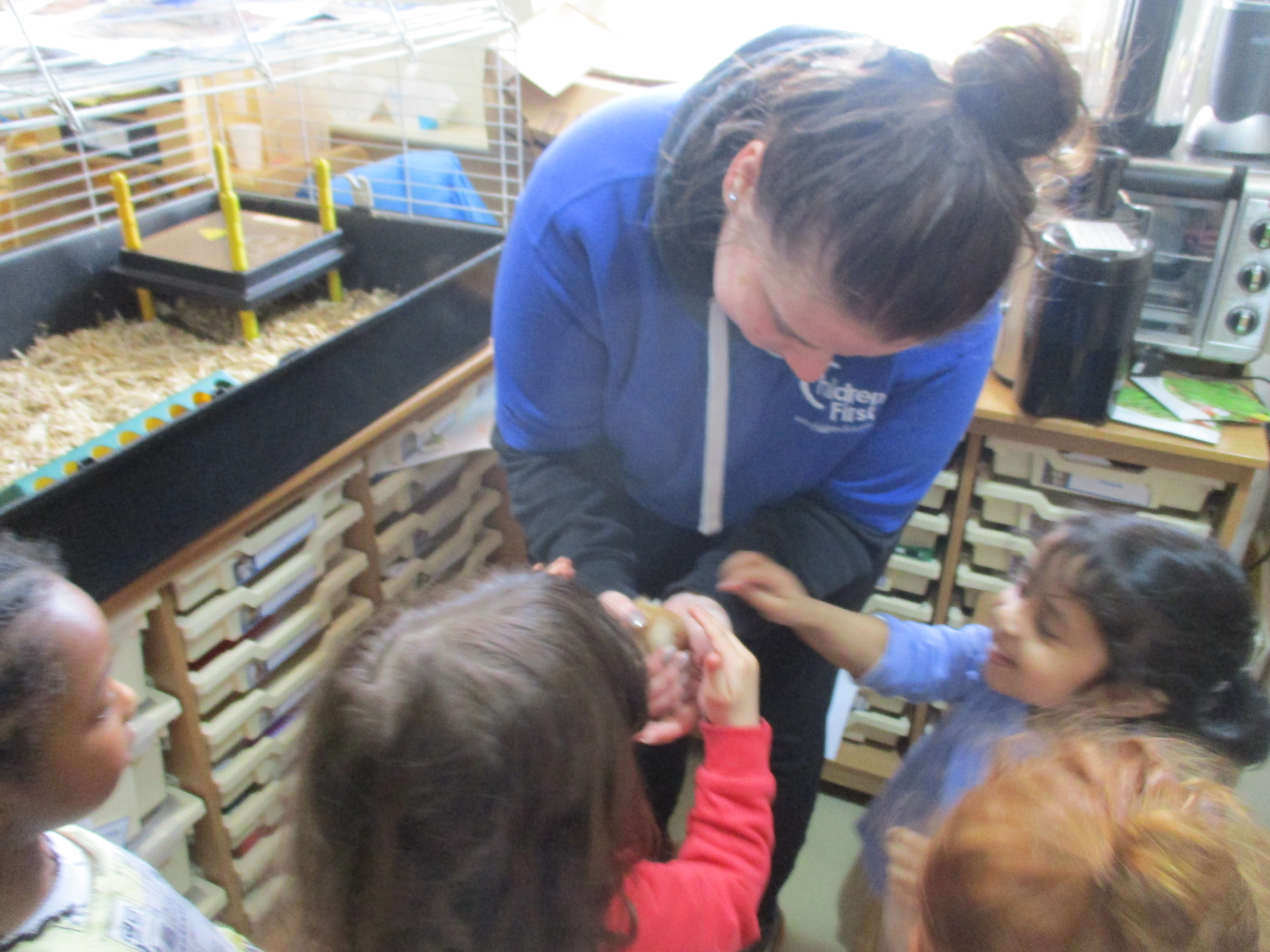 The children compared the similarities and differences of the chicks feathers. 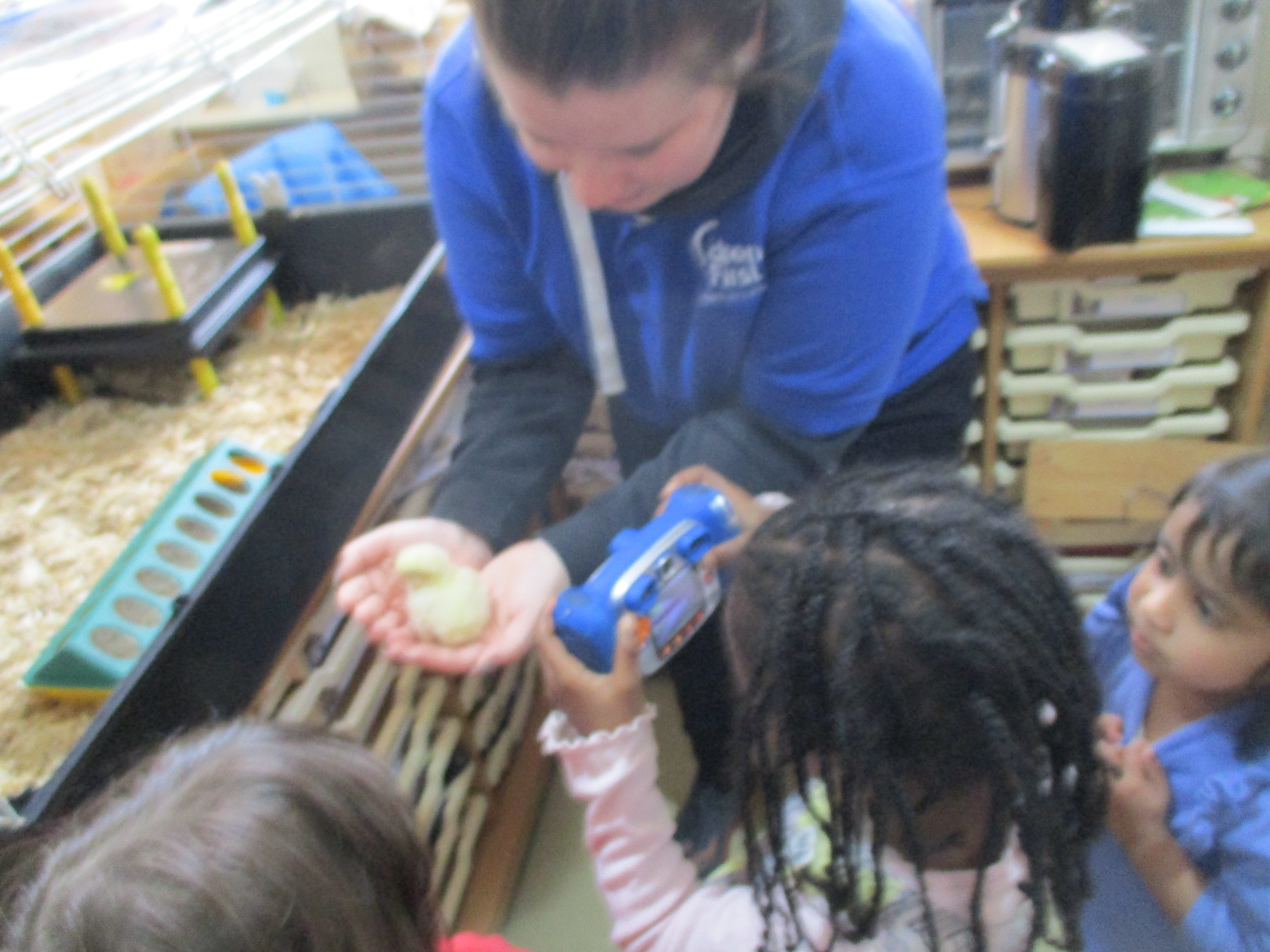 They concluded that even though they had different coloured feathers all of the chicks were the same. 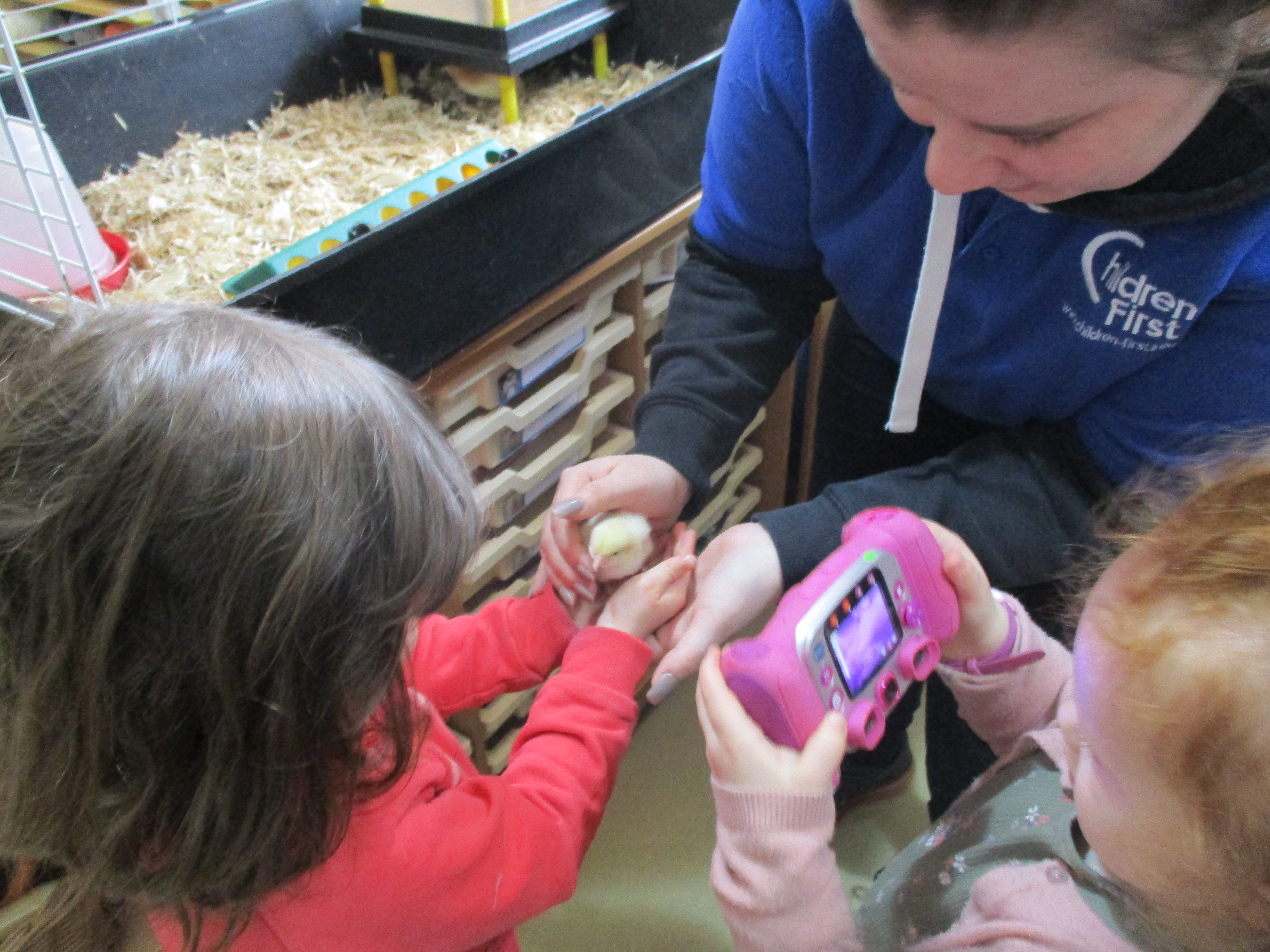 When the chicks were ready the children were able to handle them. 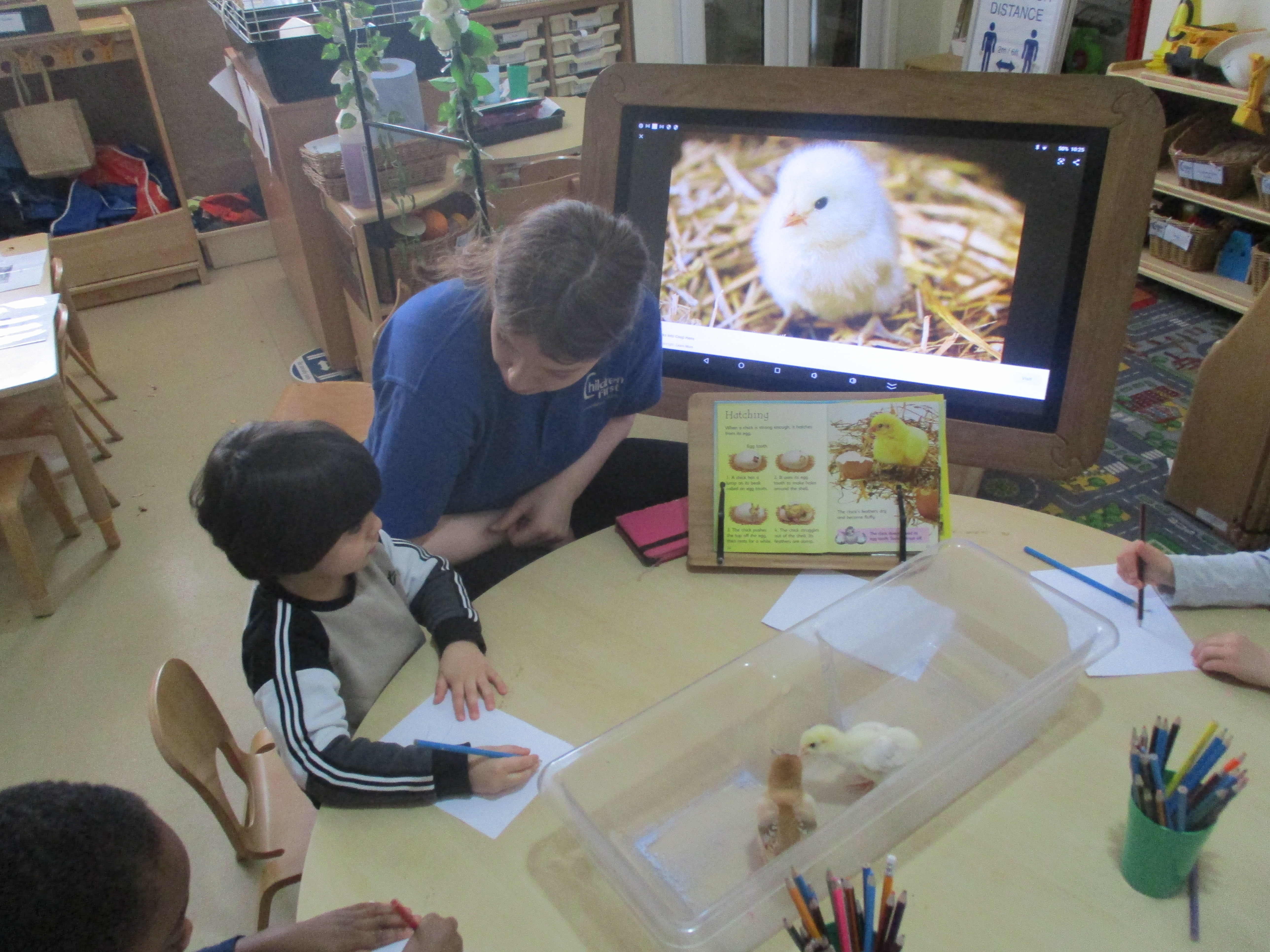 They used gentle hands to hold and stroke them. 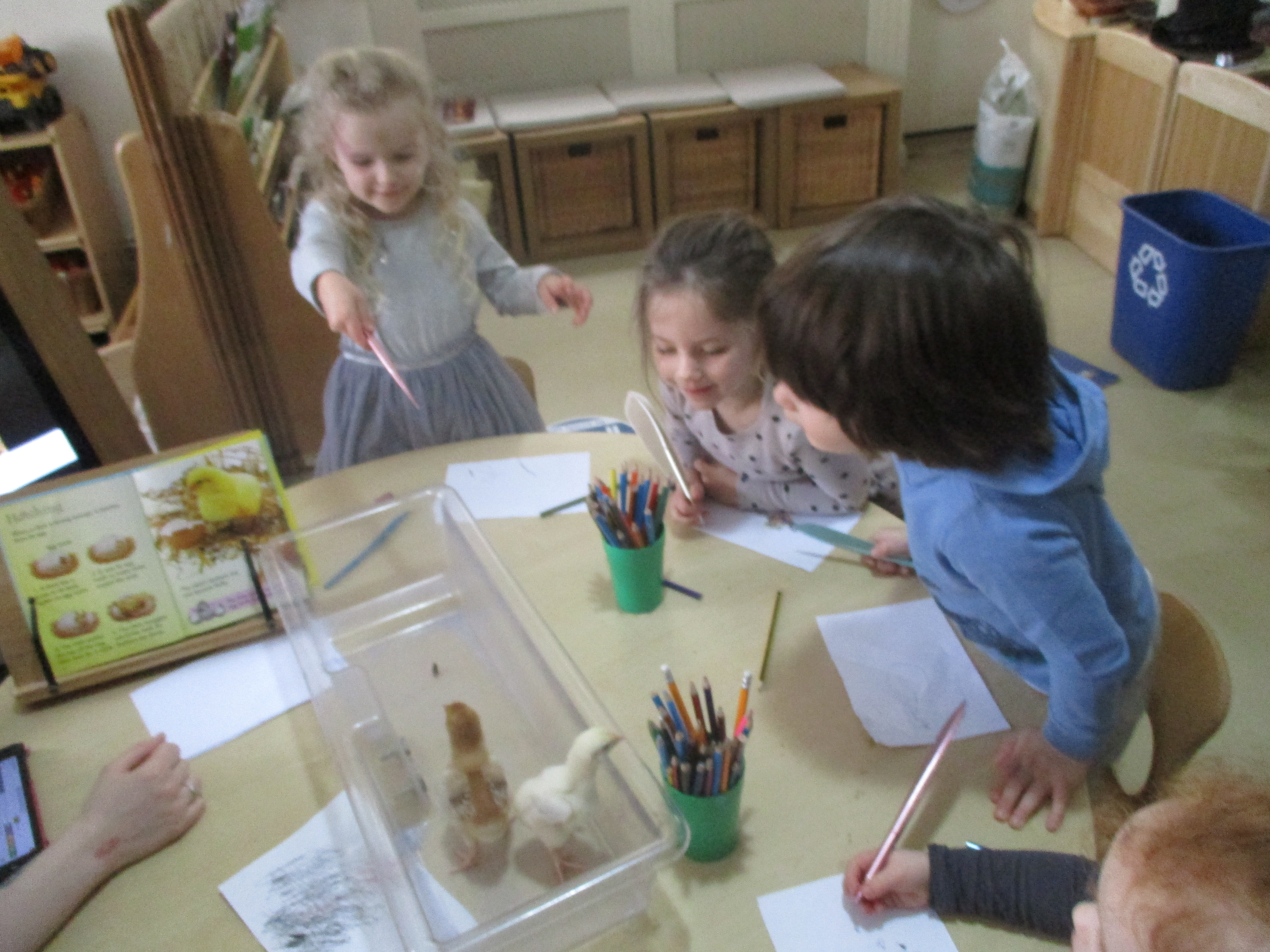 They fed the chicks daily and added water to the bottle. 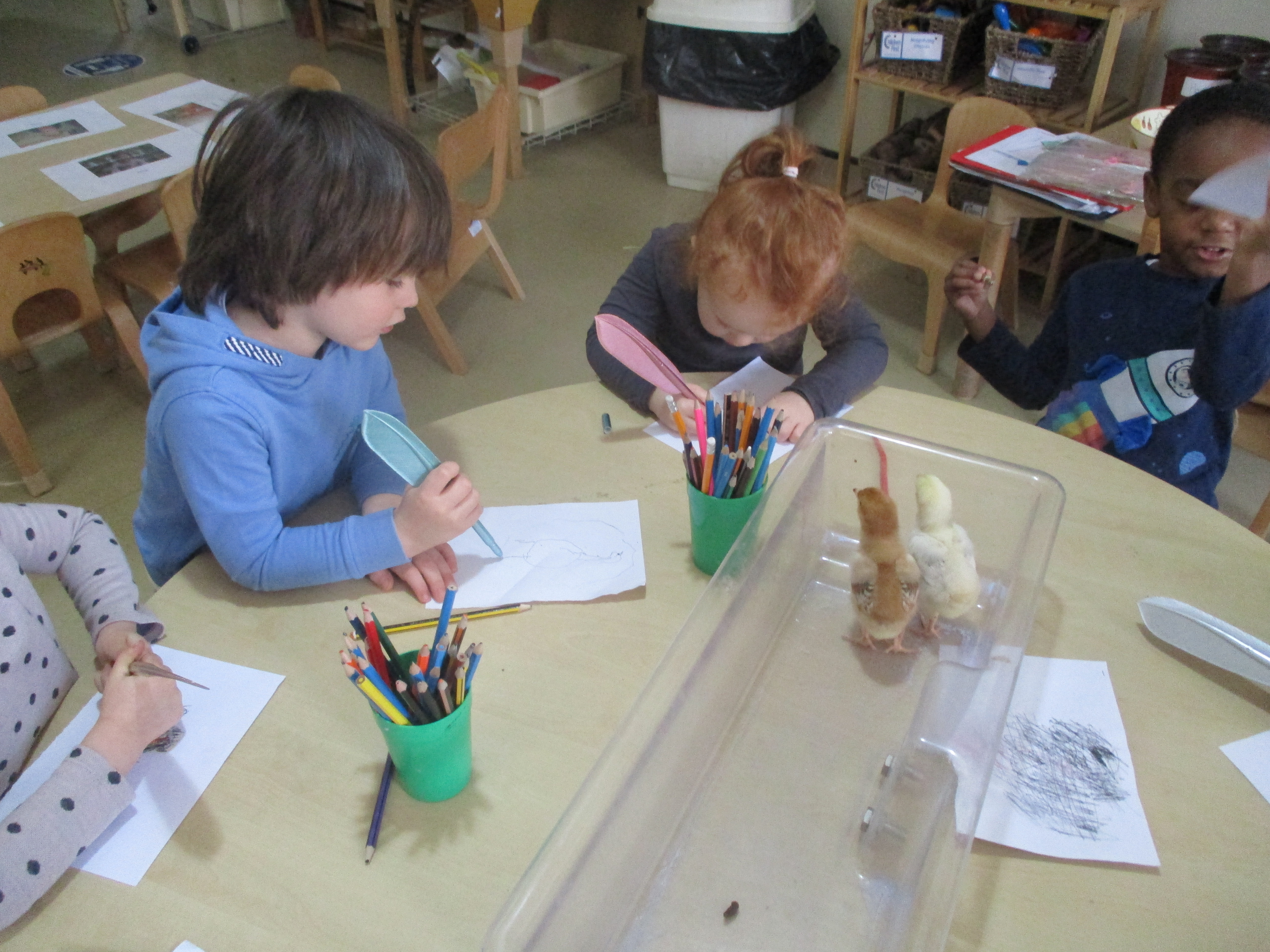 The children drew their own chicks using special feather pens which was very exciting to use a new mark making tool. 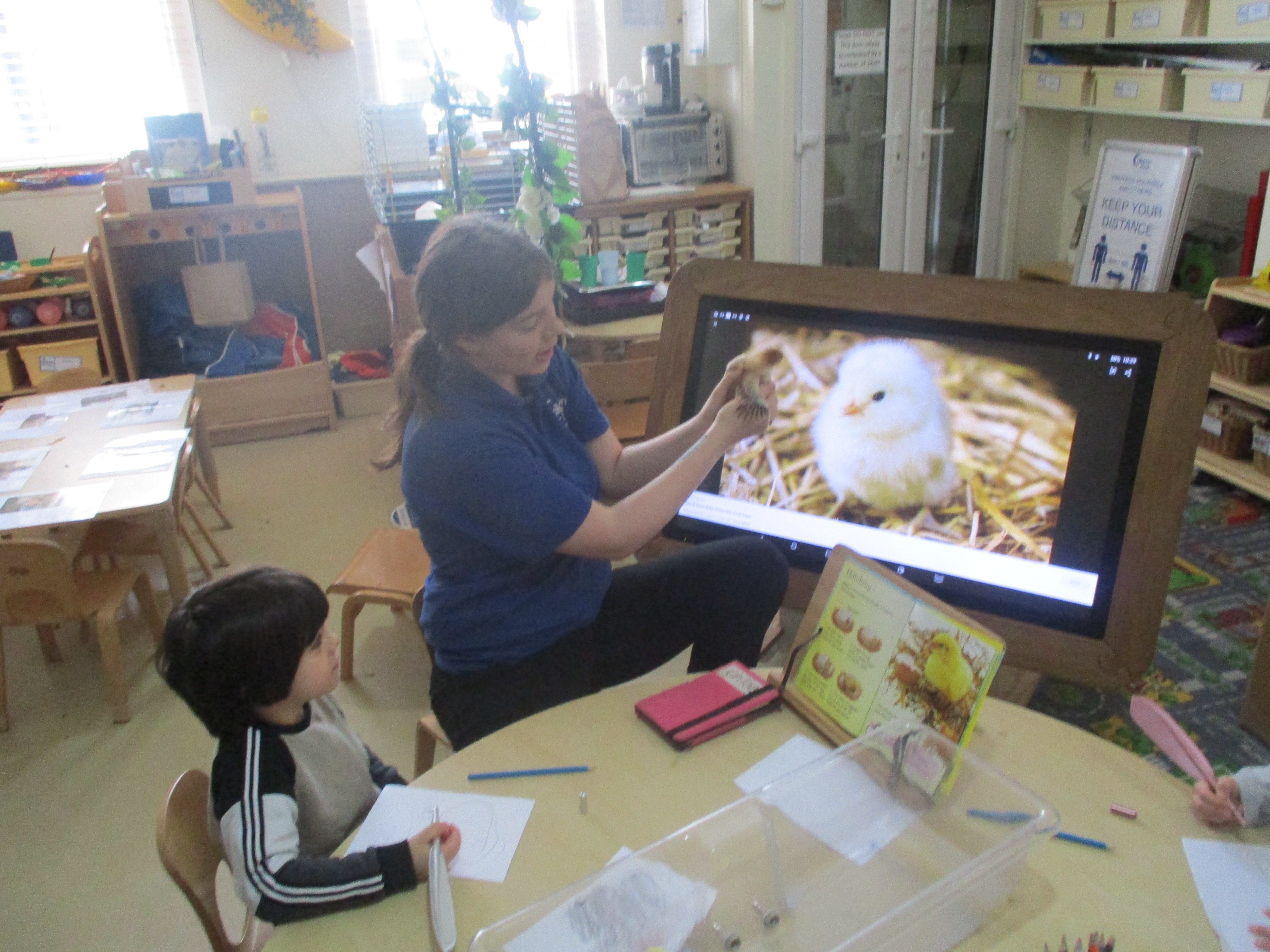 They practised pen control as they formed the body, head, legs and face of a chick. 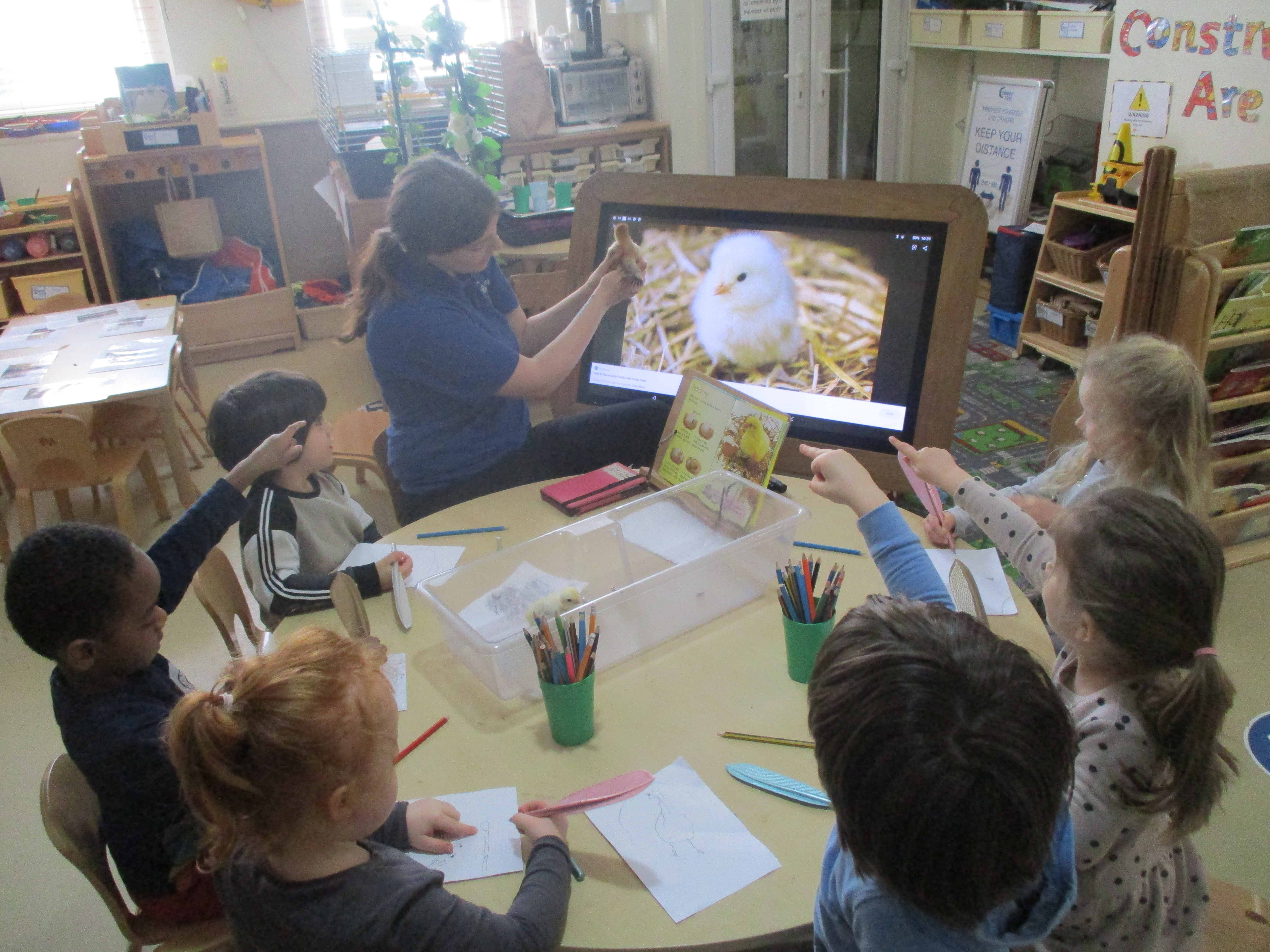 They used the chicks as reference to create their own. 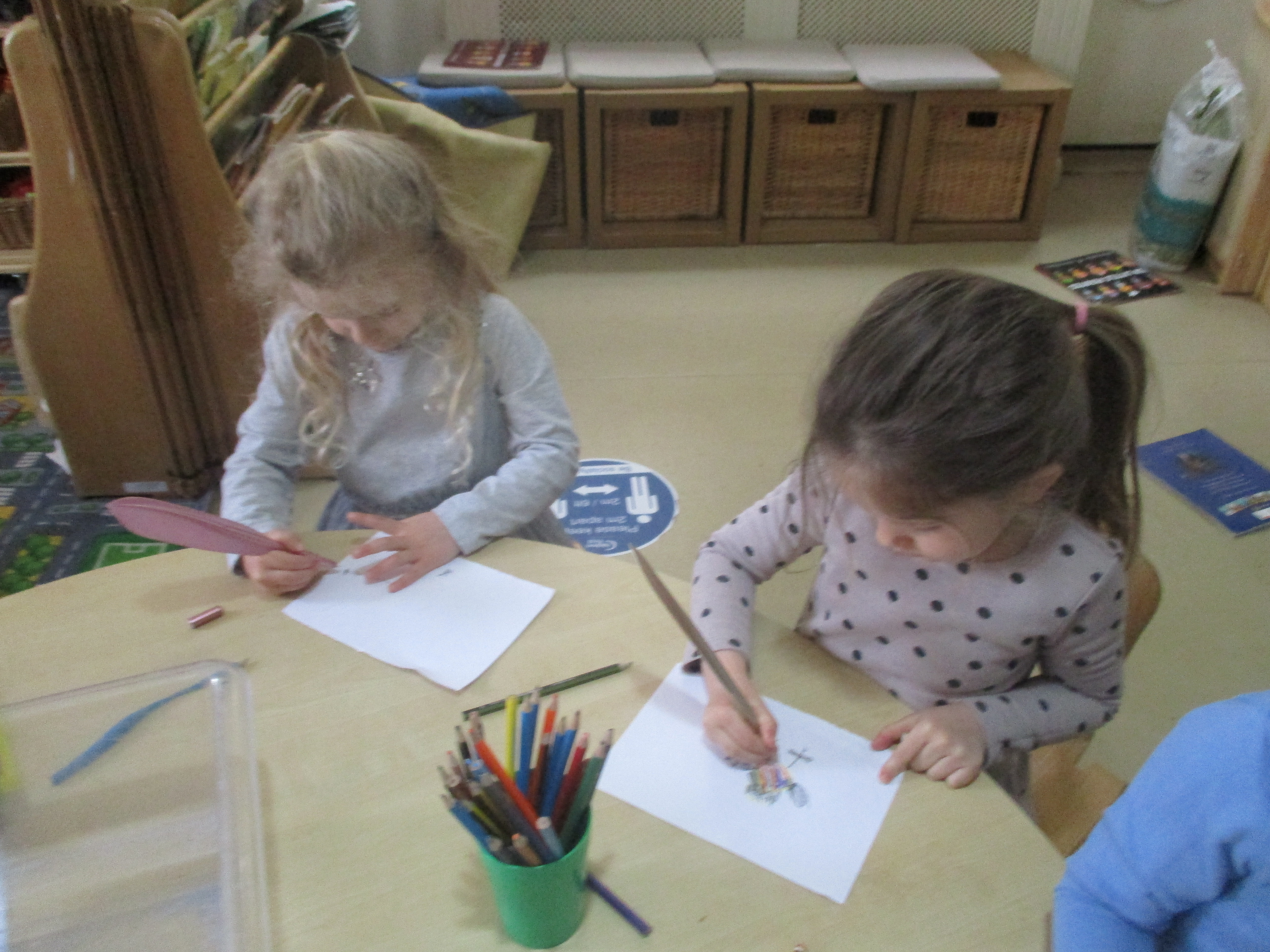 Then they looked on the the touch and tilt table at the life cycle of chick. 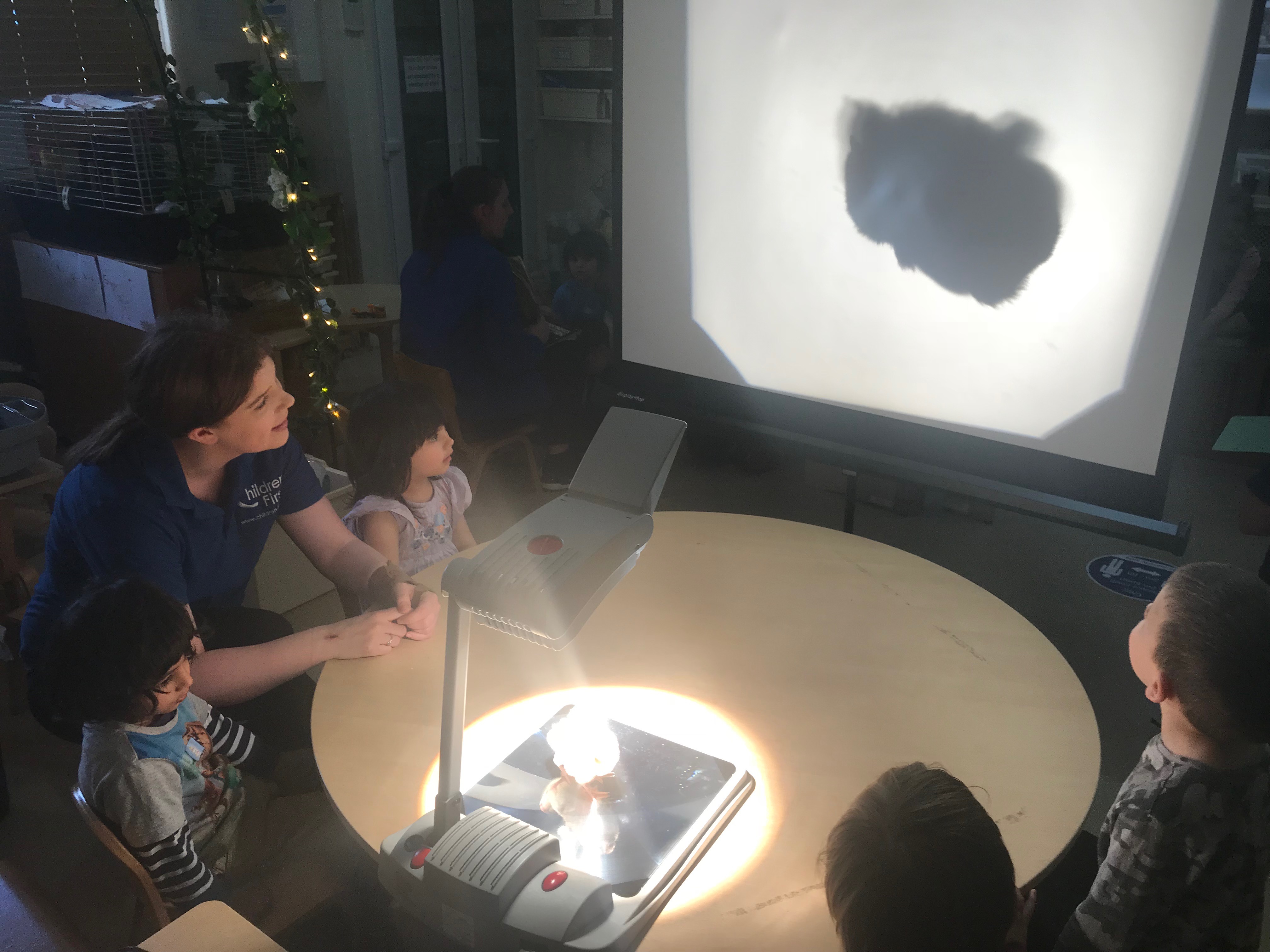