The Ladybirds extended on the visit from Dean the firefighter with a fire station role play. 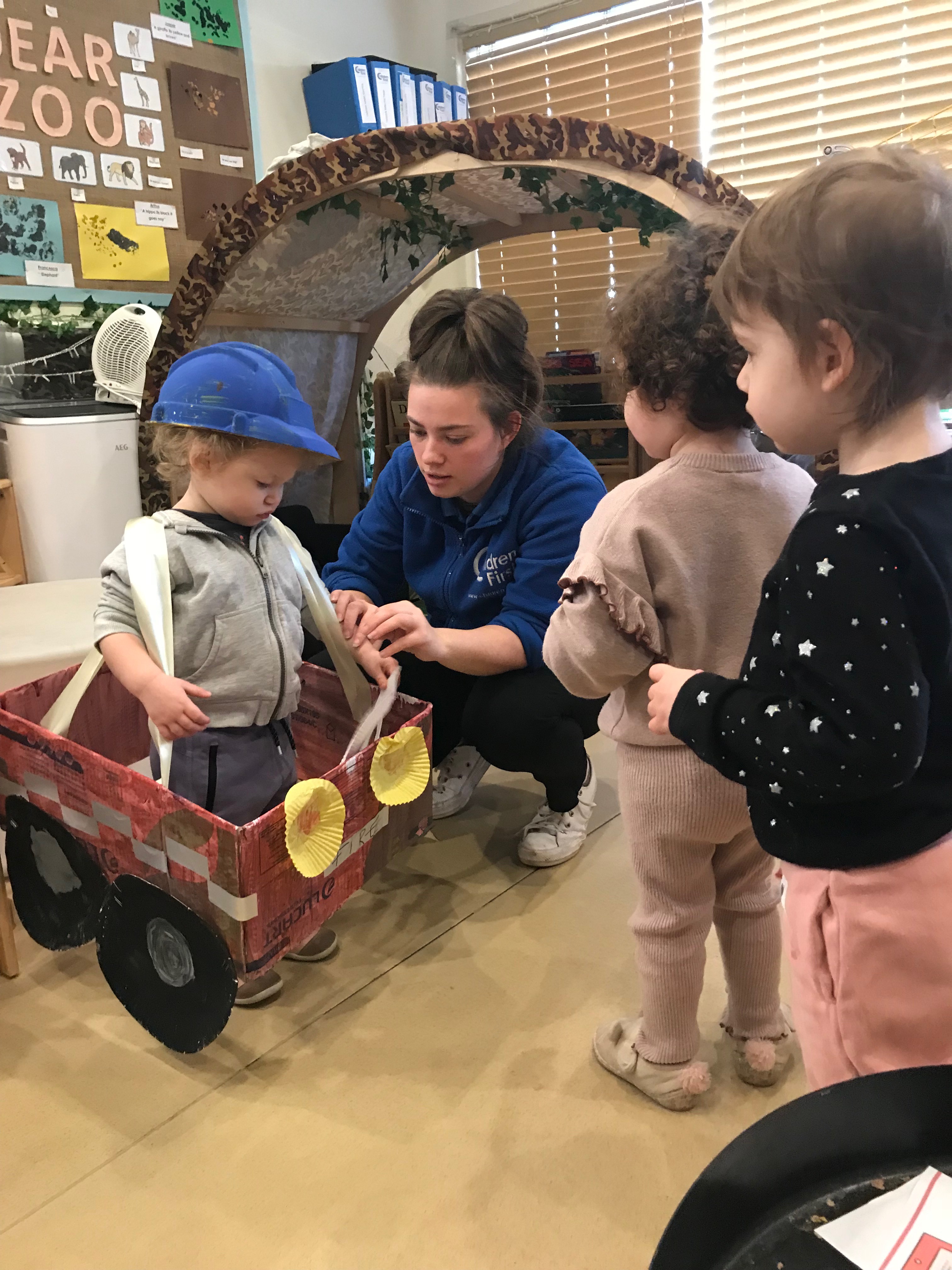 The children put on the fire dressing up resources and took on the role of a fire fighter. 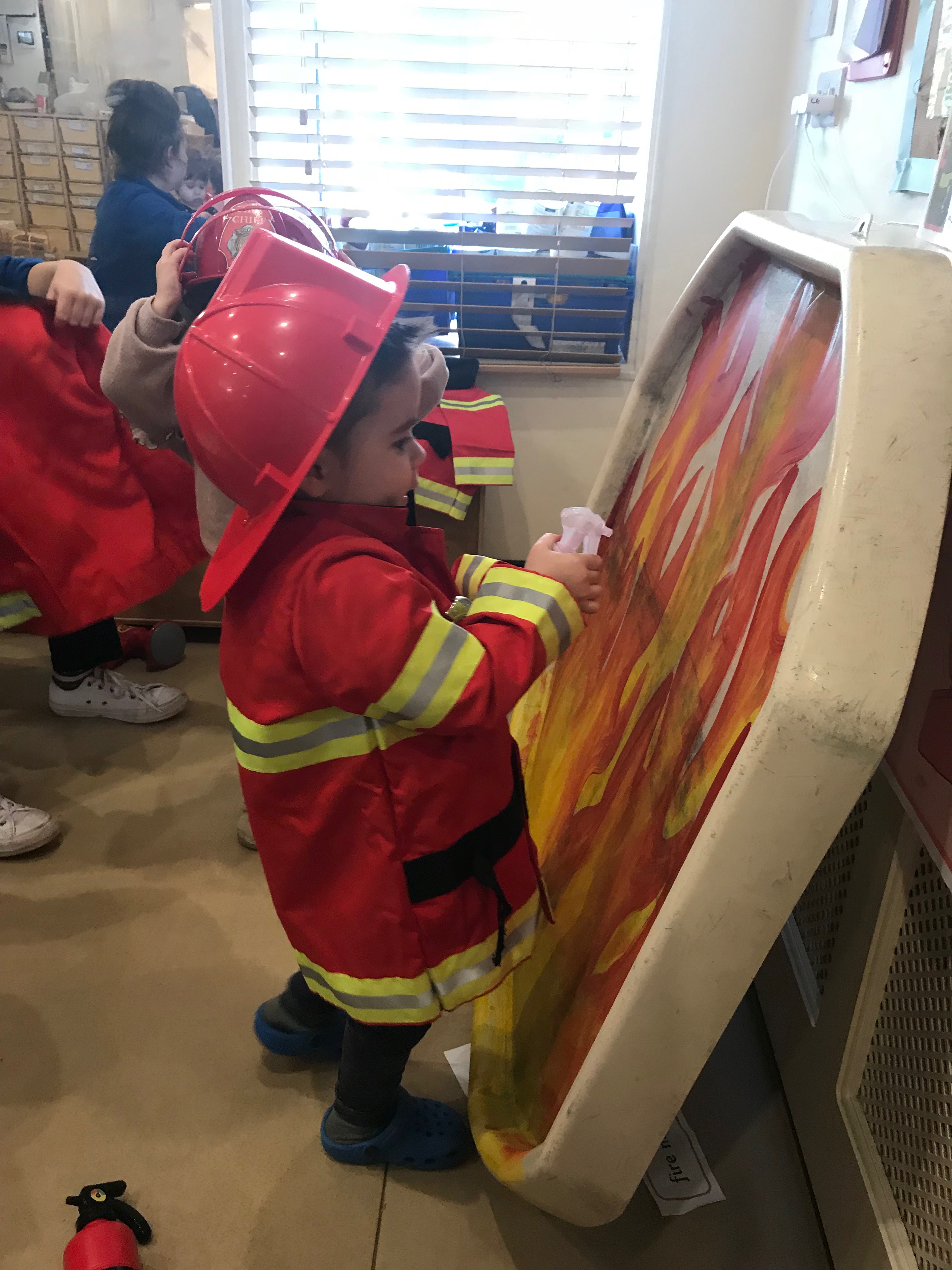 They used water spray bottles to spray onto the painted fire and wash it away! 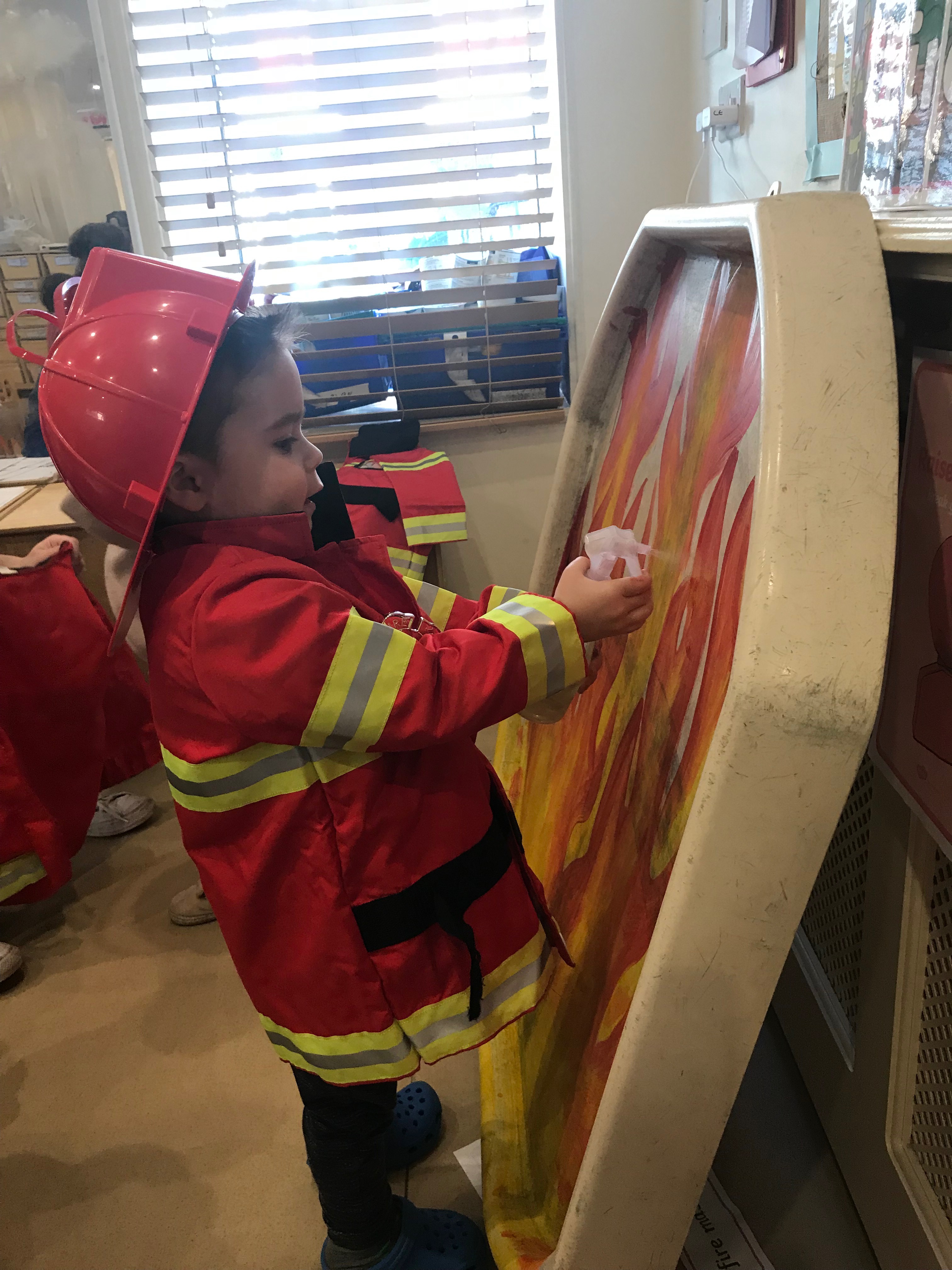 The children took on a role in their play. 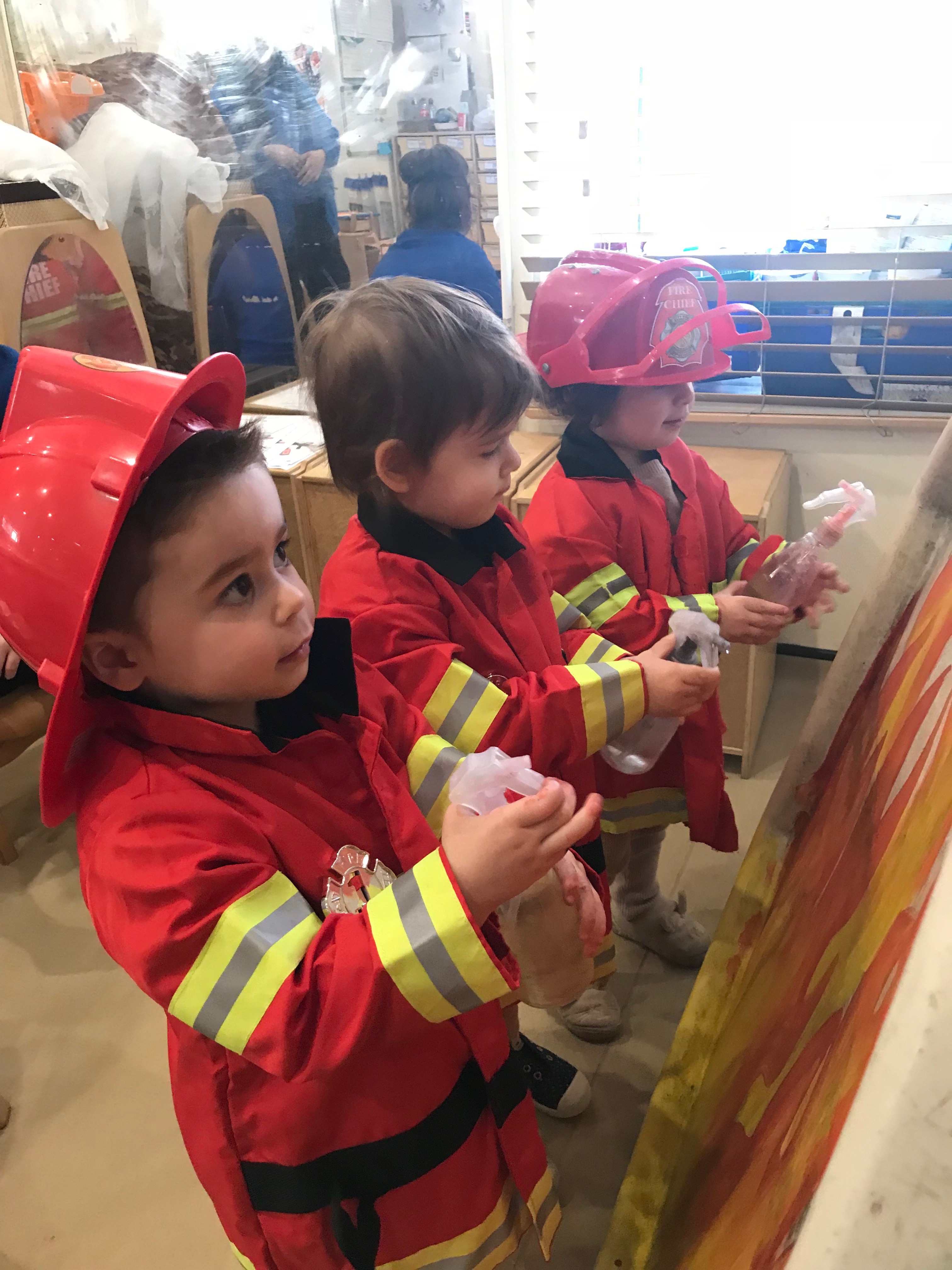 They sought out other to join their play ques. 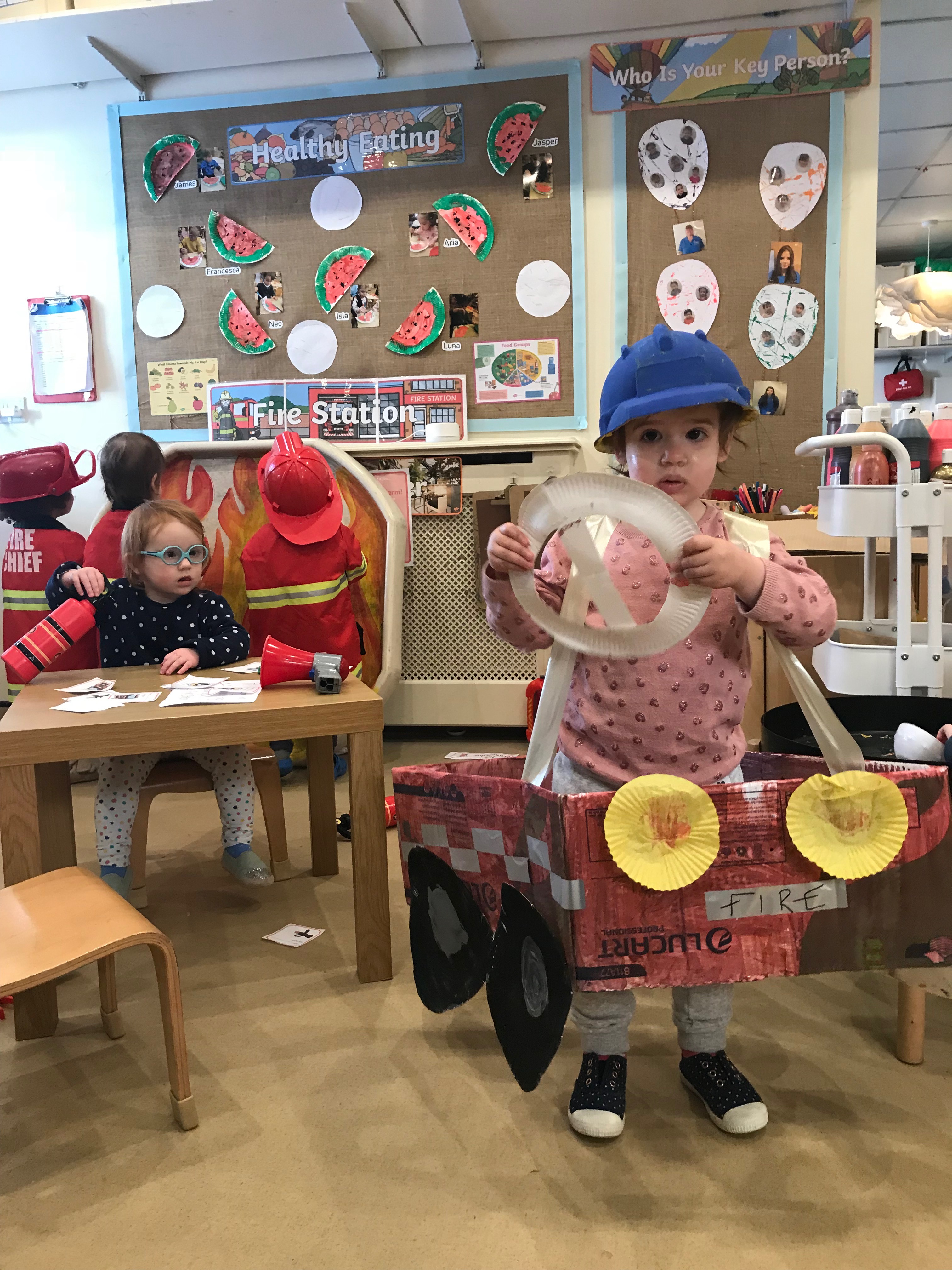 The children had their own ID badges and enjoyed acting out roles. 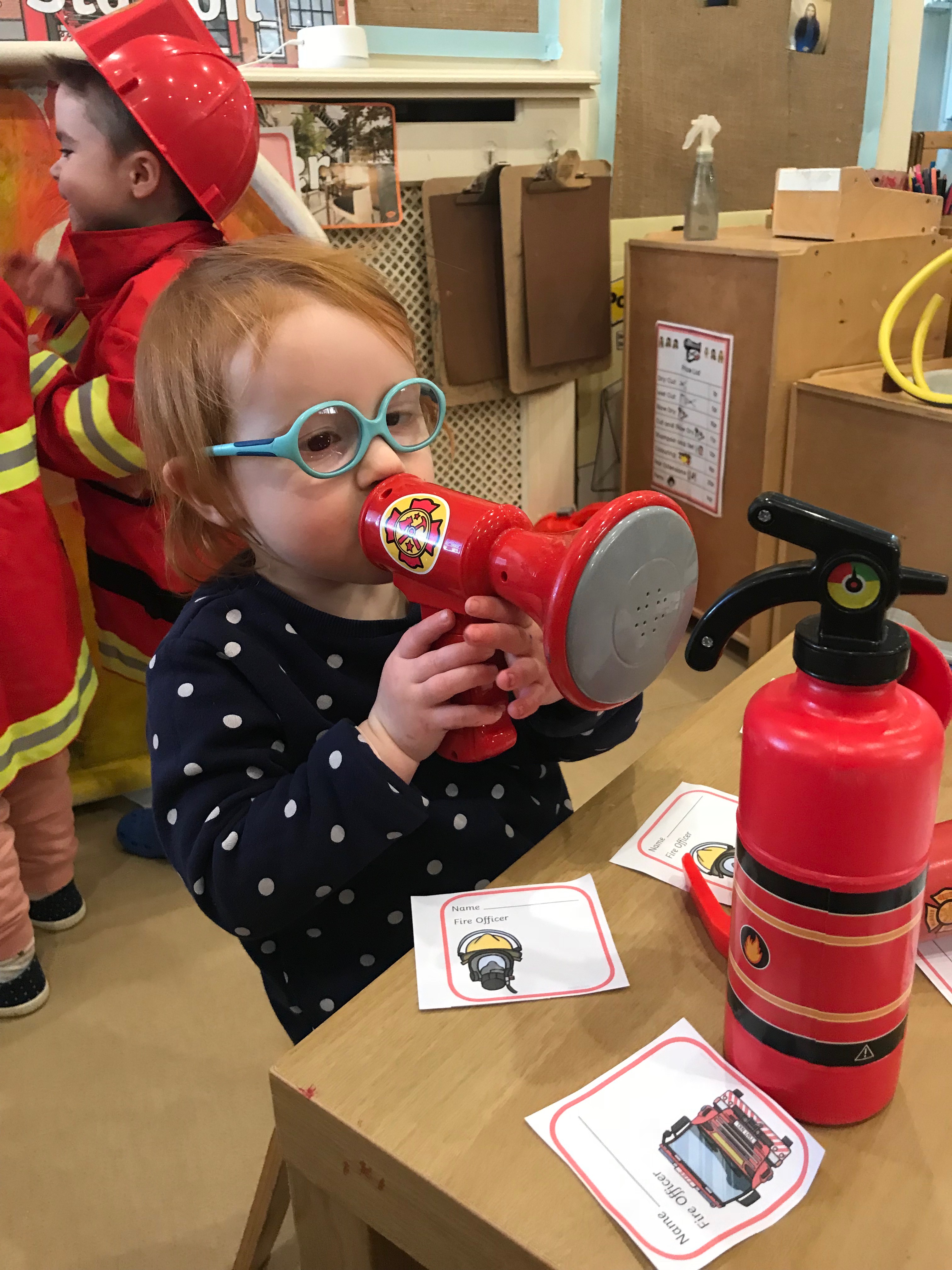 They used the microphone to call each other into their play. 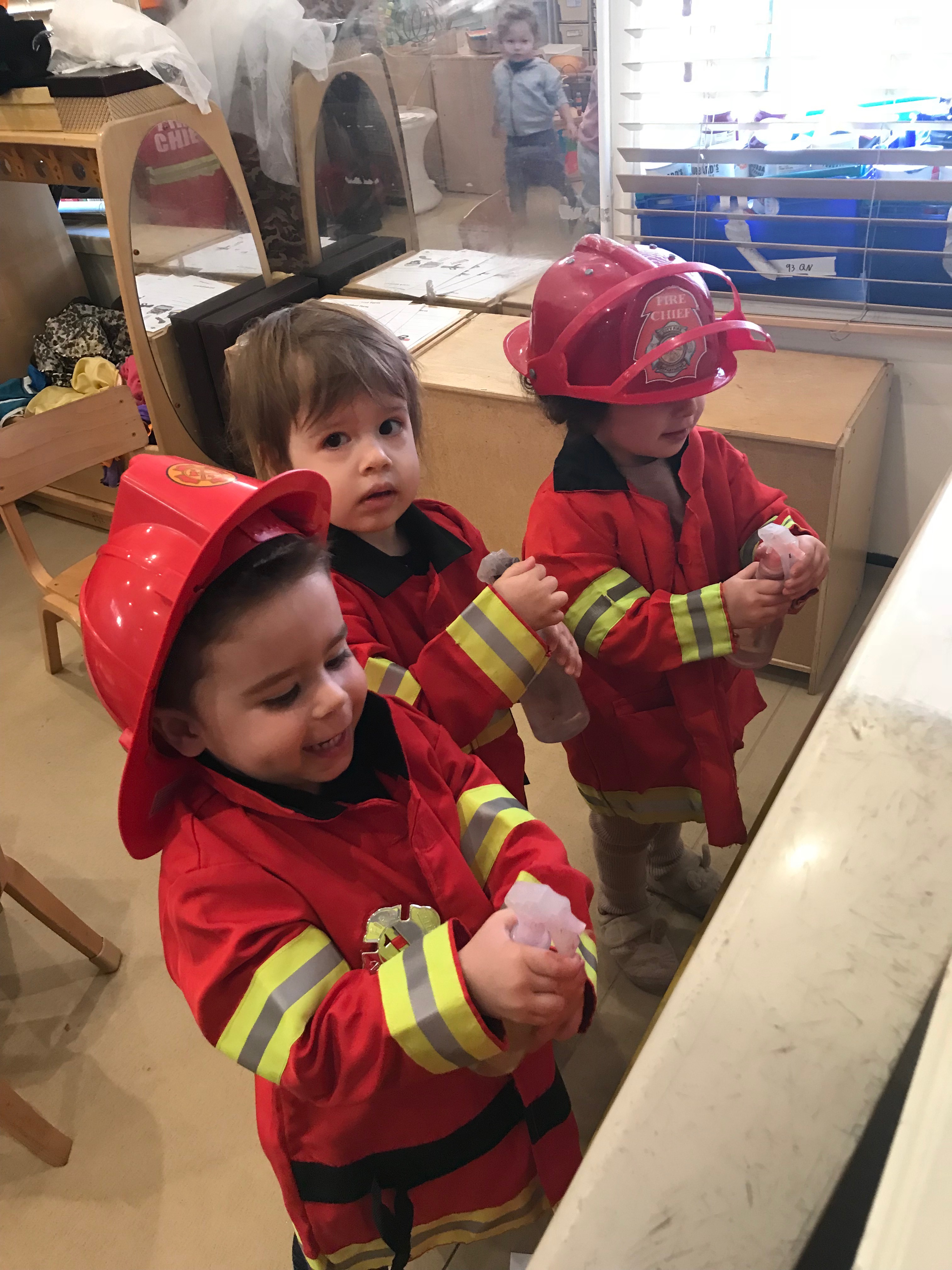 Lots of language was used in play such as fire, hose, water and extinguish. 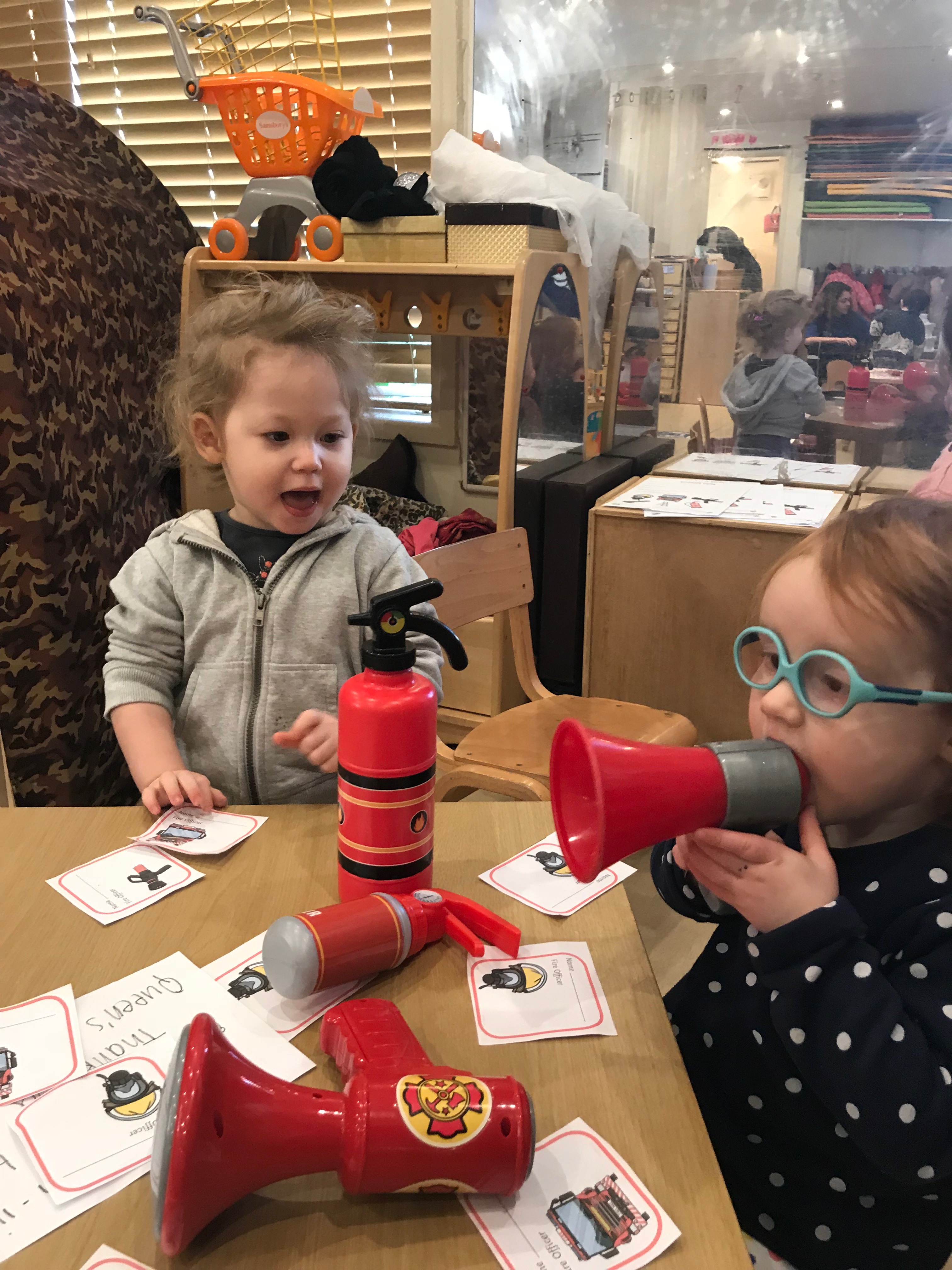 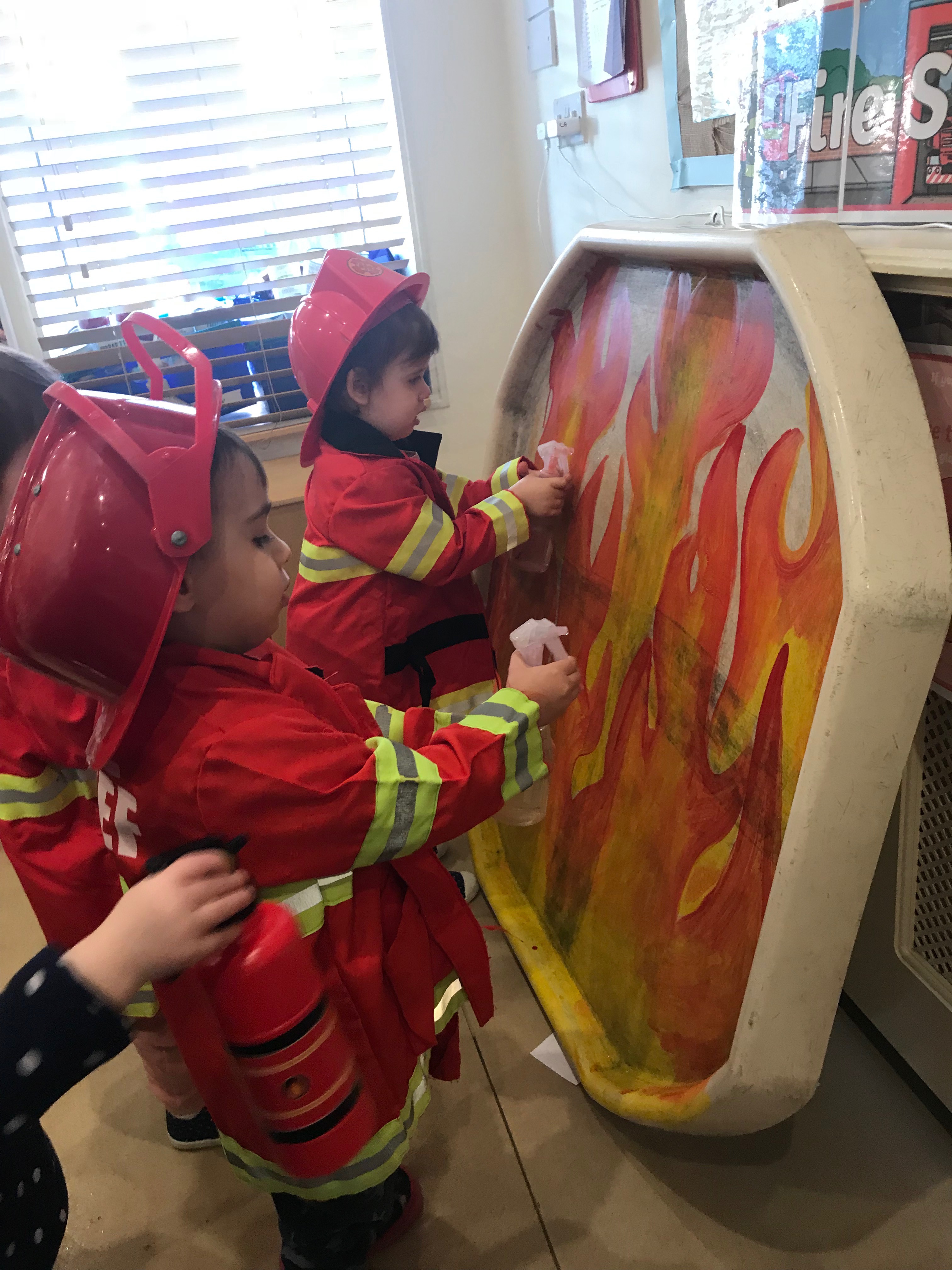 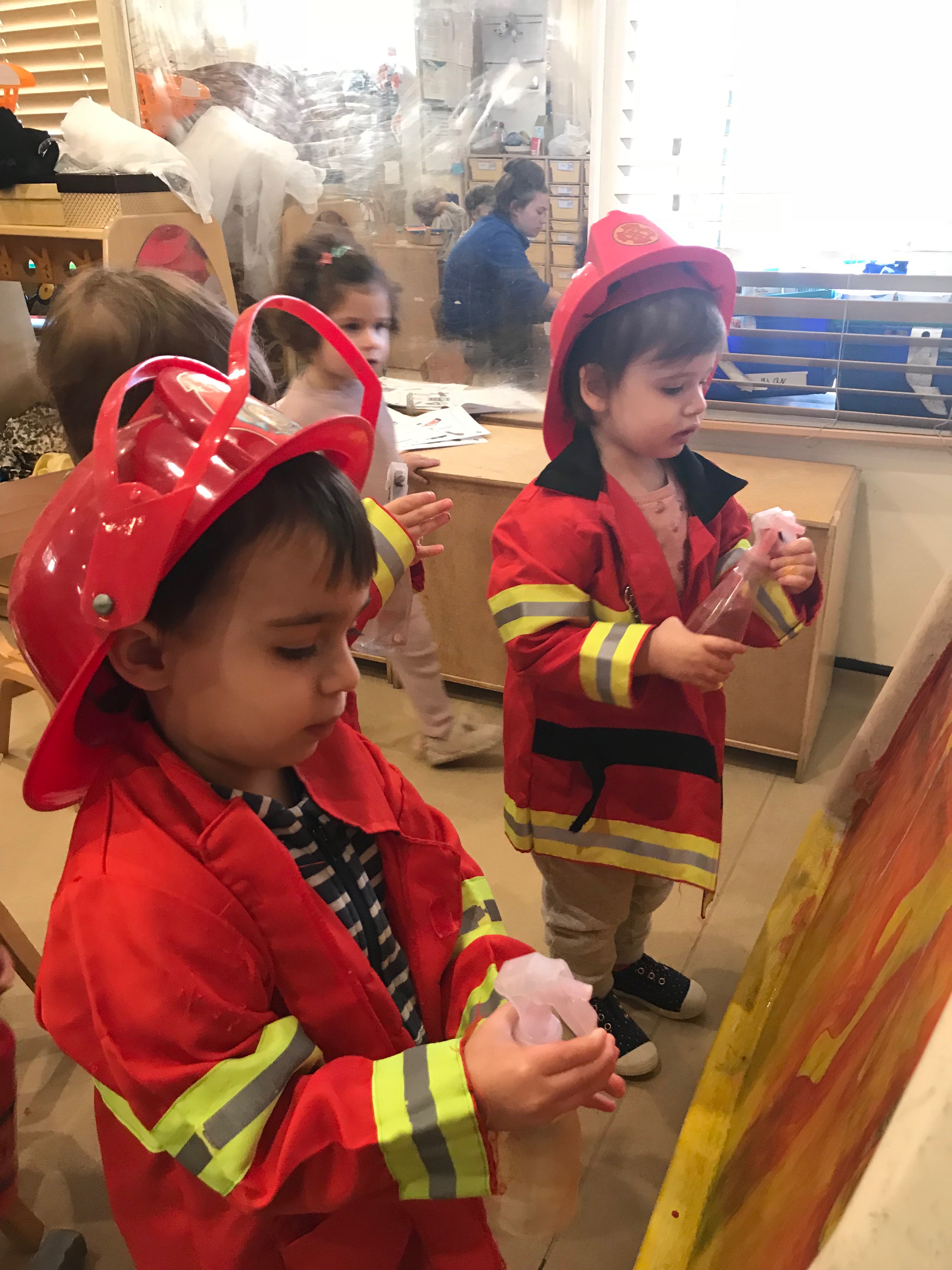 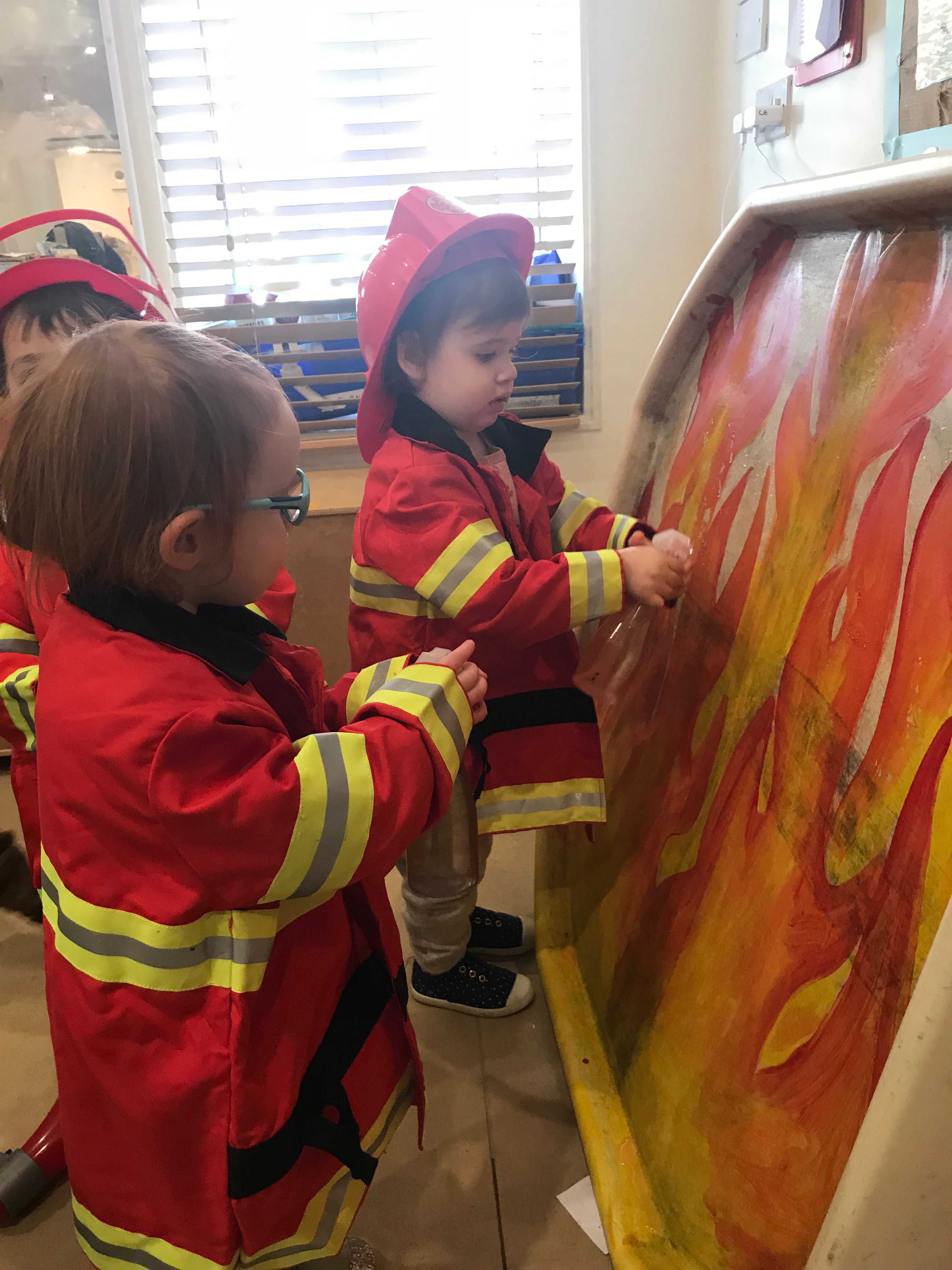 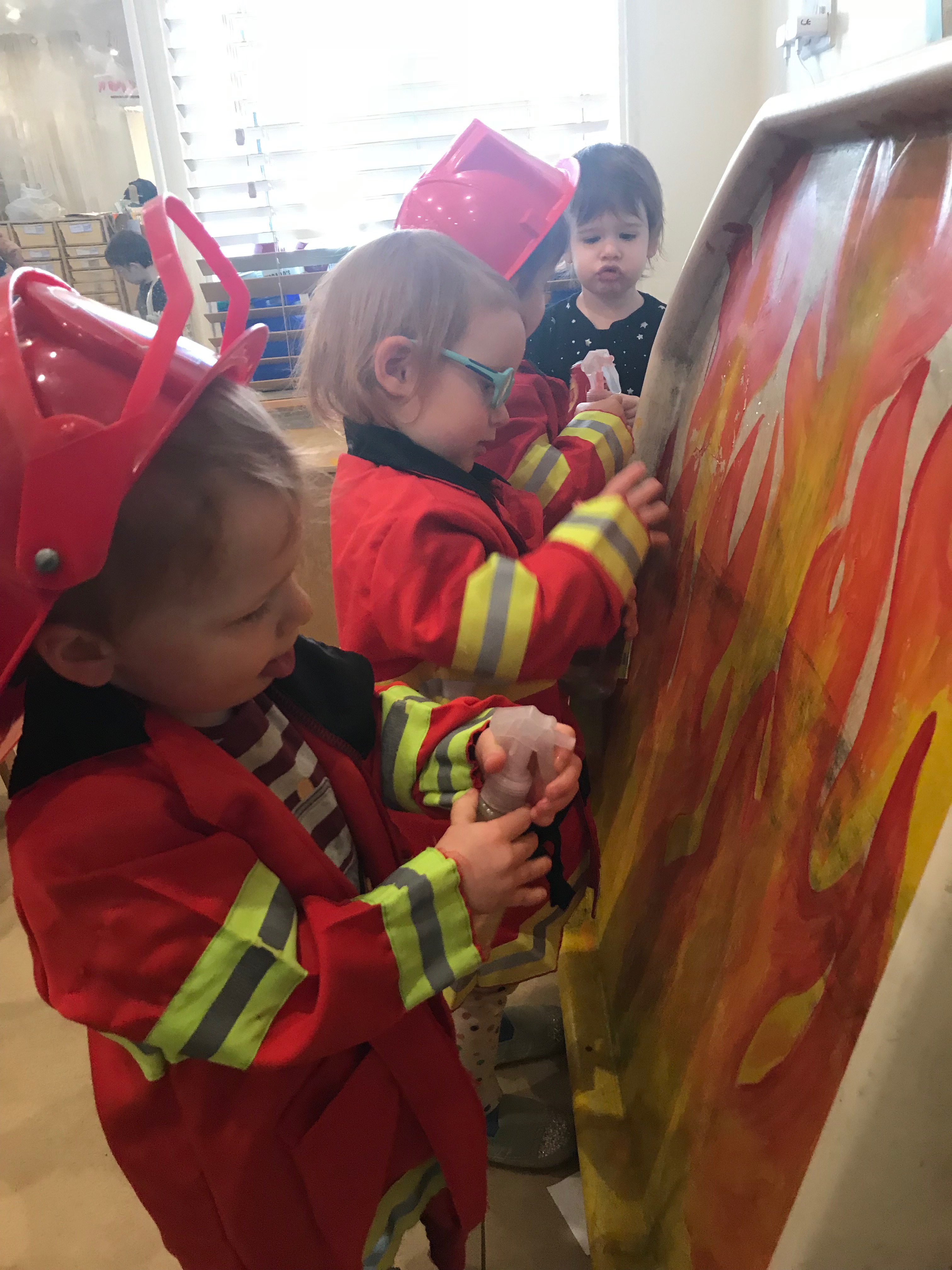 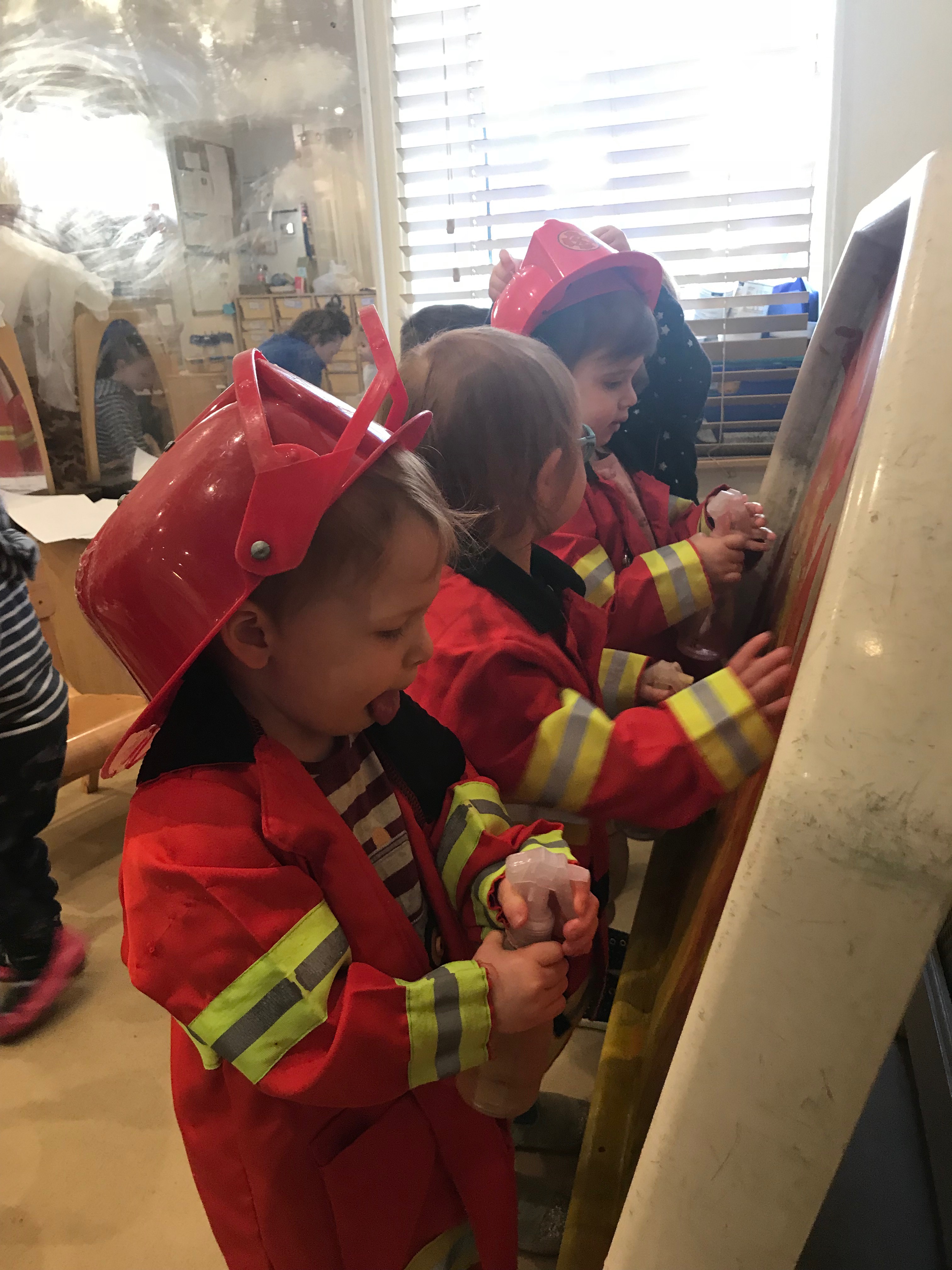 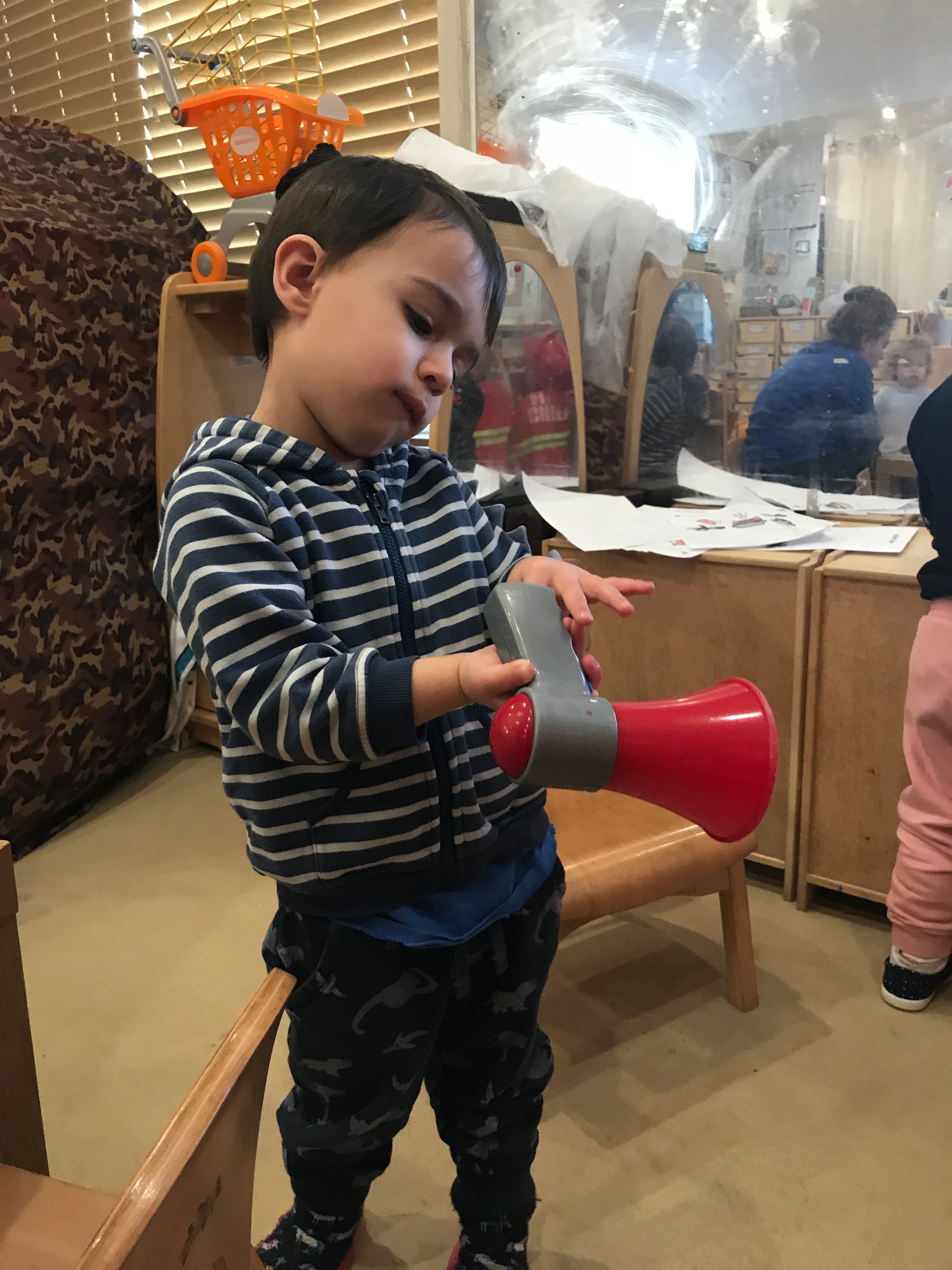 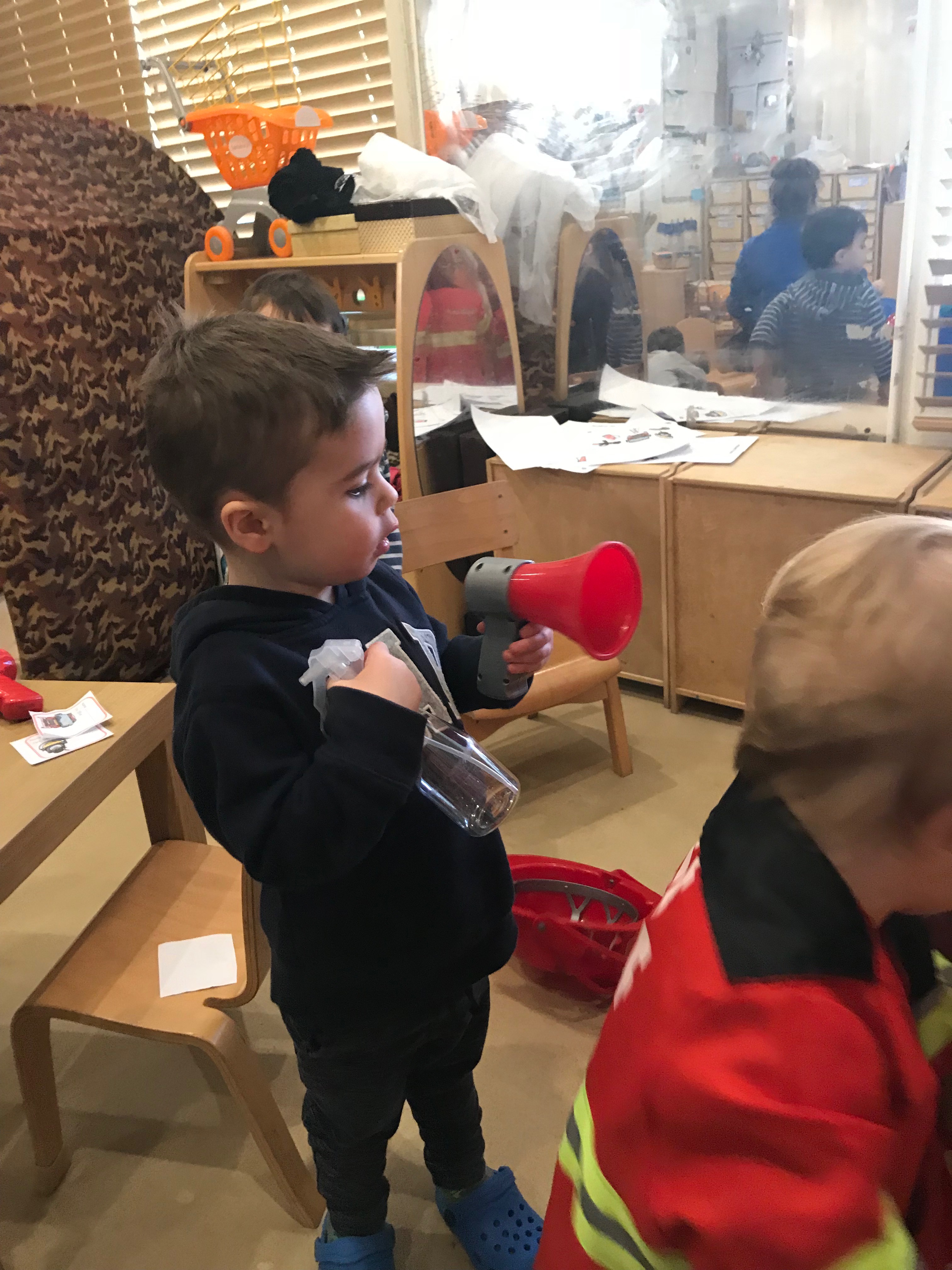 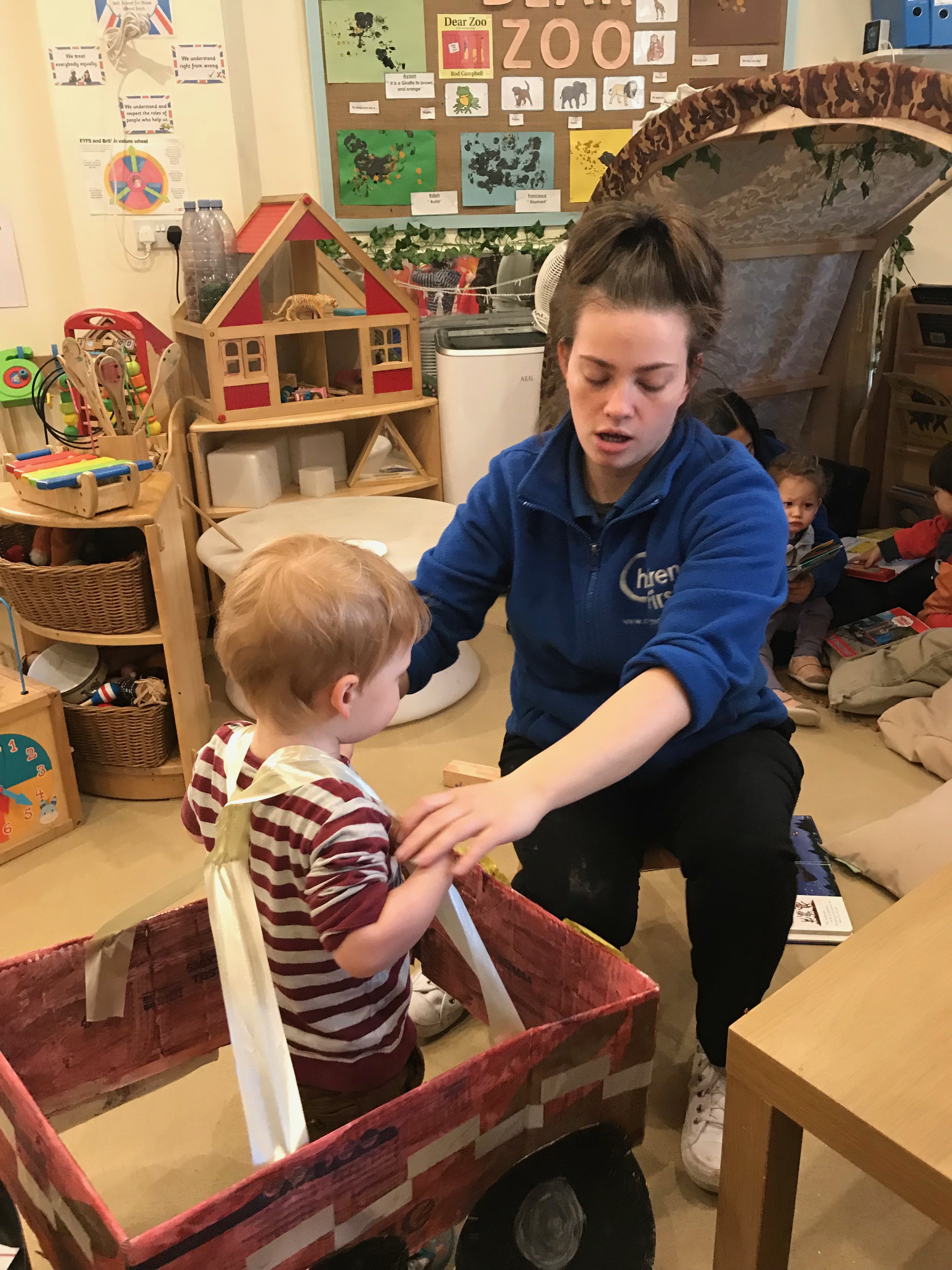 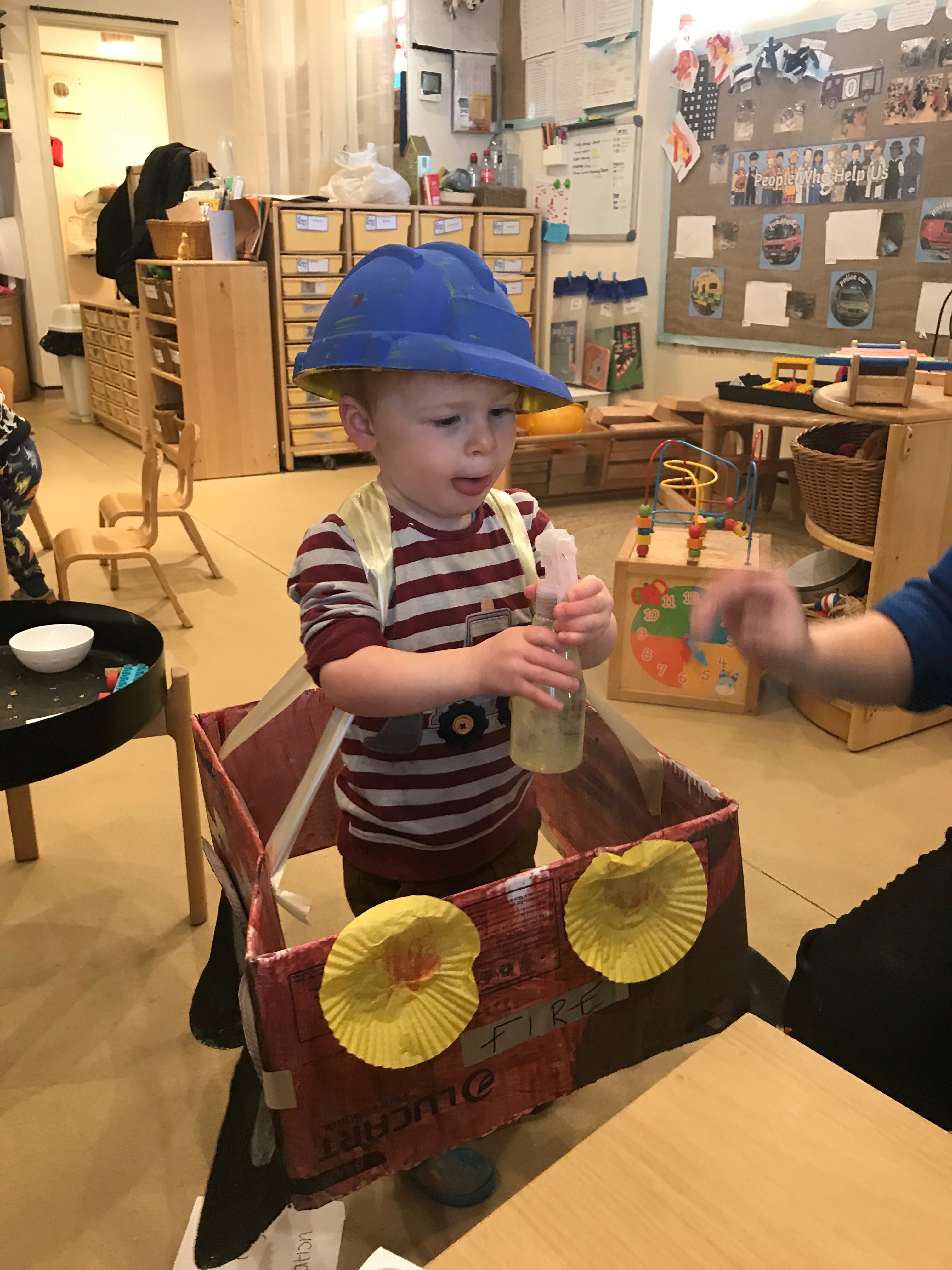 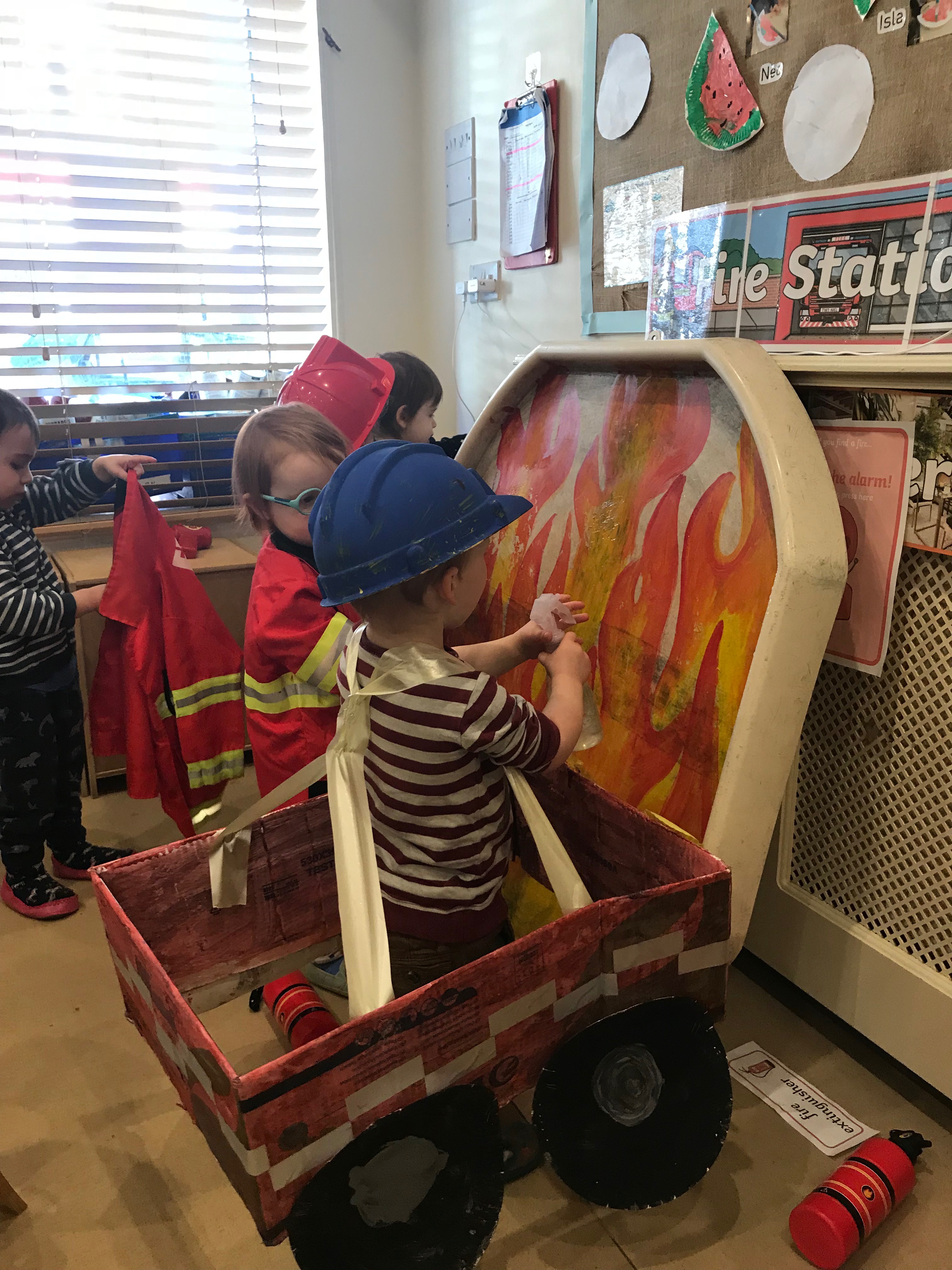 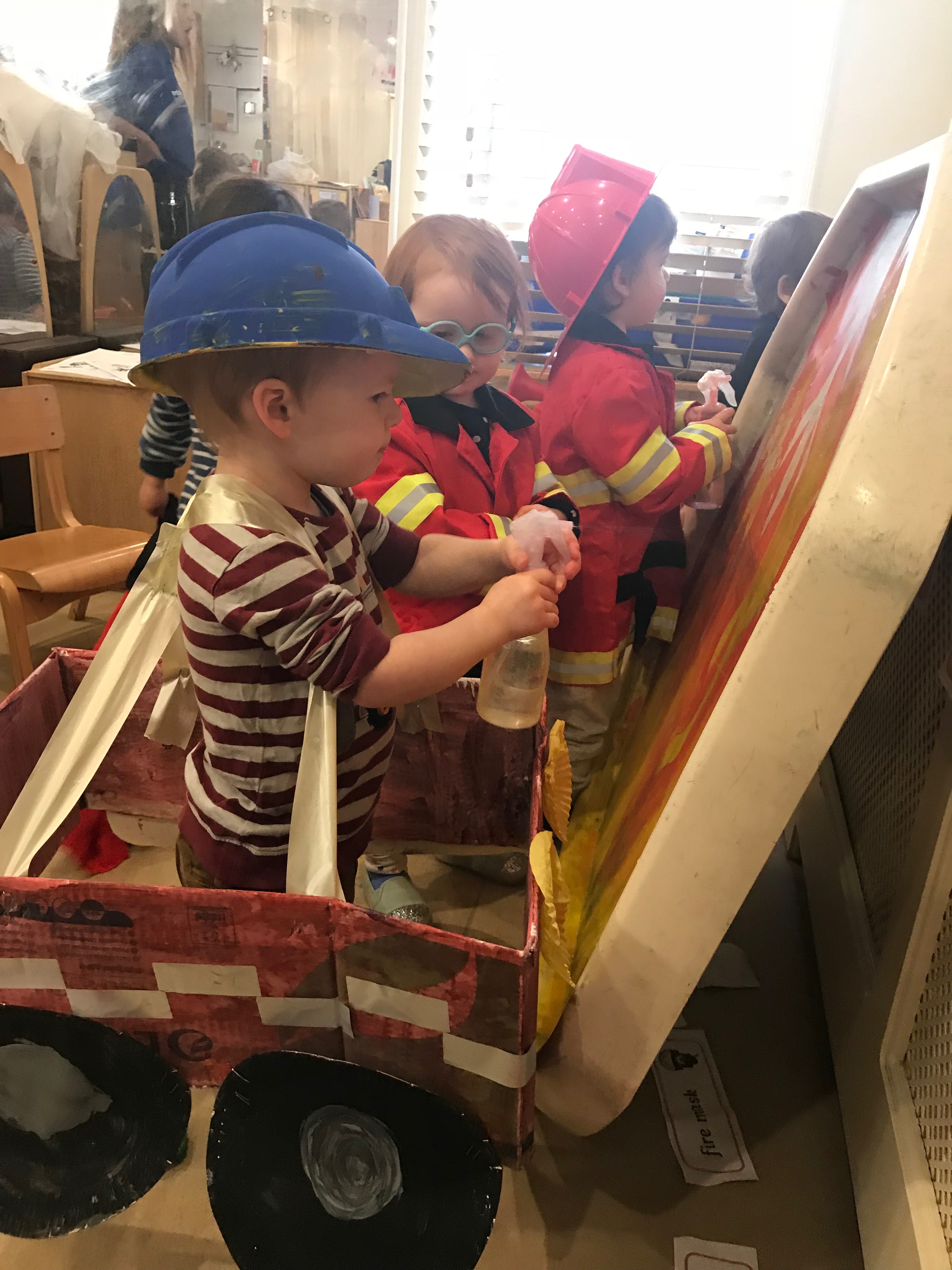 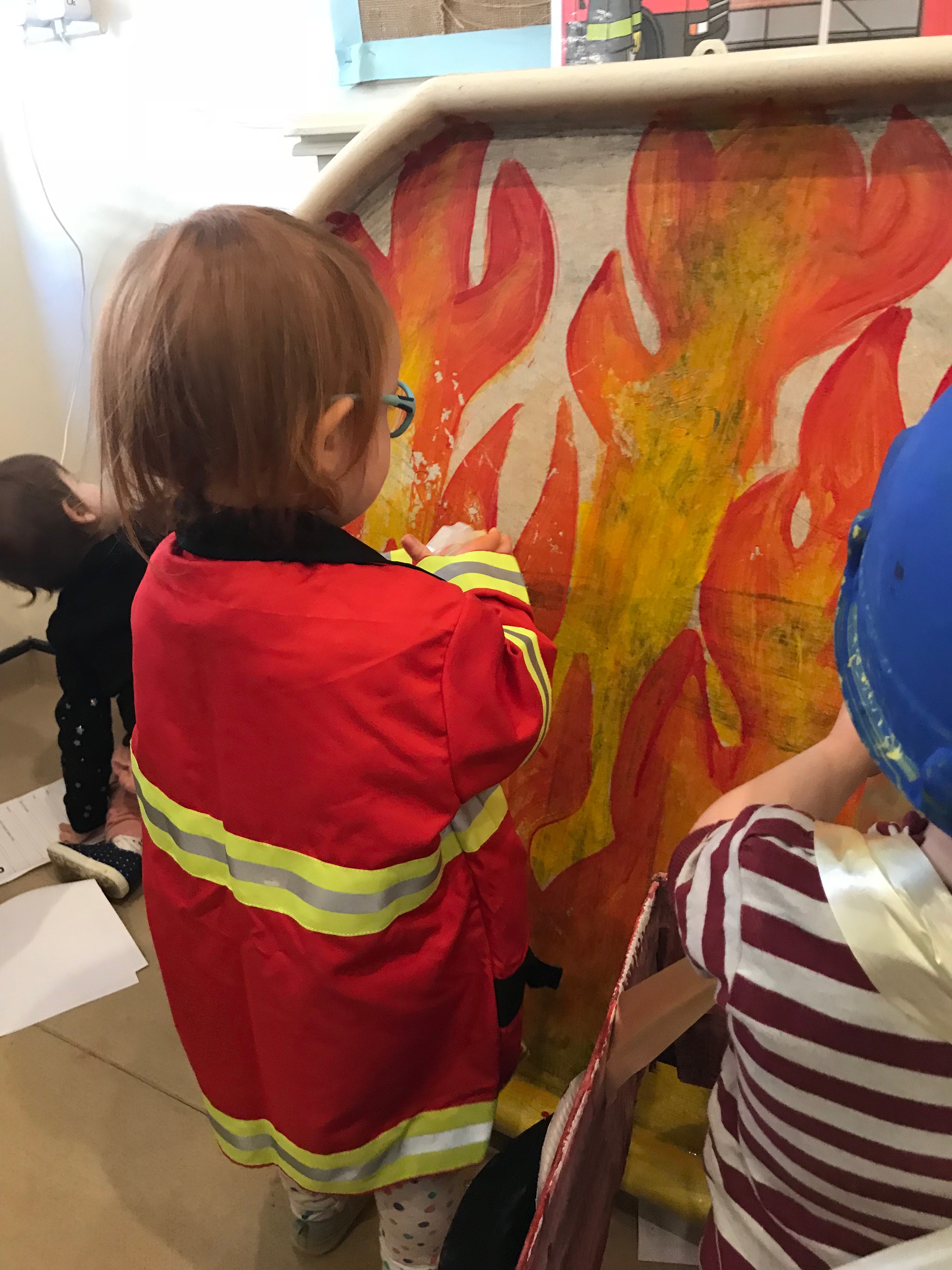