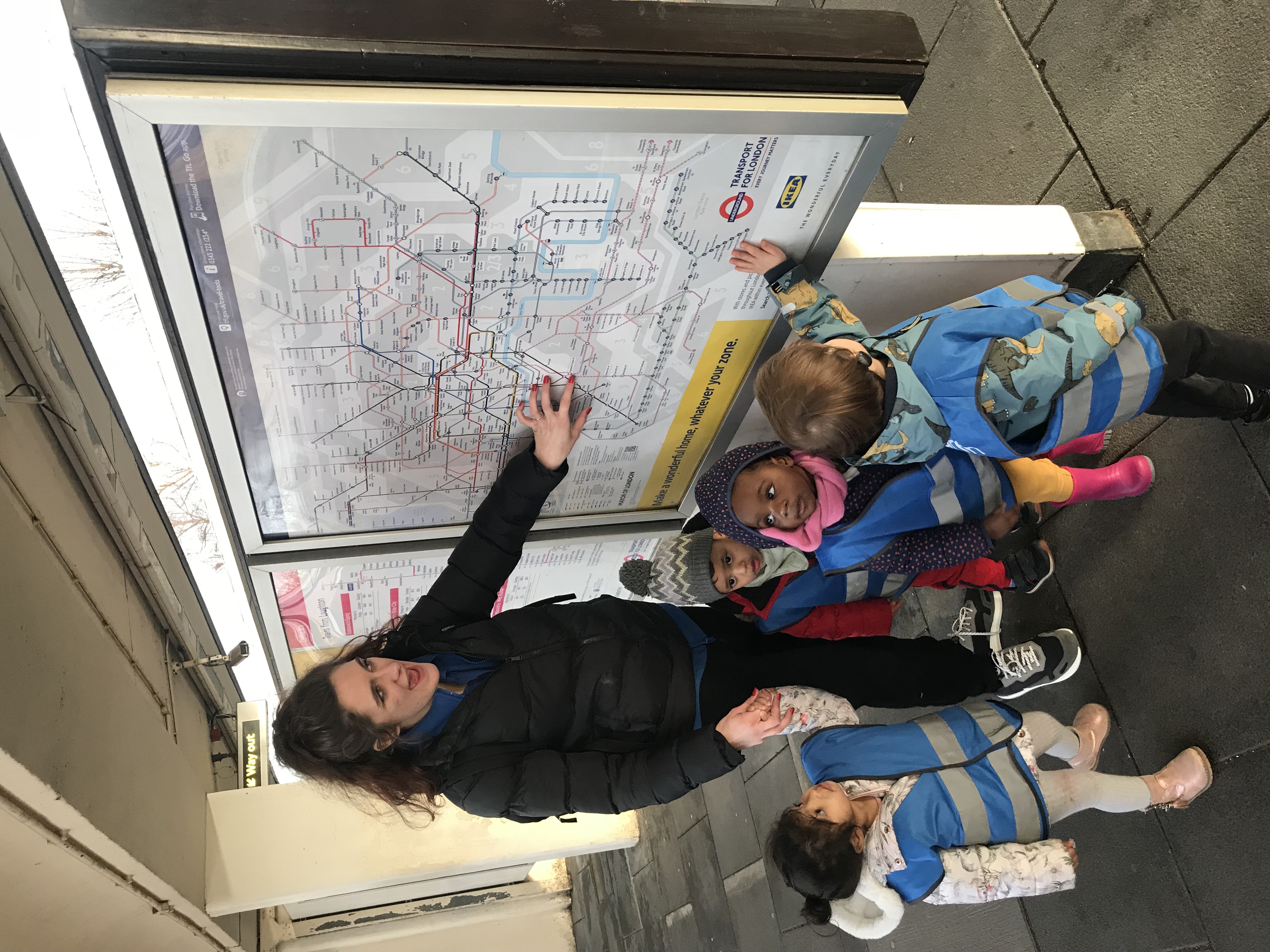 They took a trip to Buckhurst Hill station to watch the trains go by. 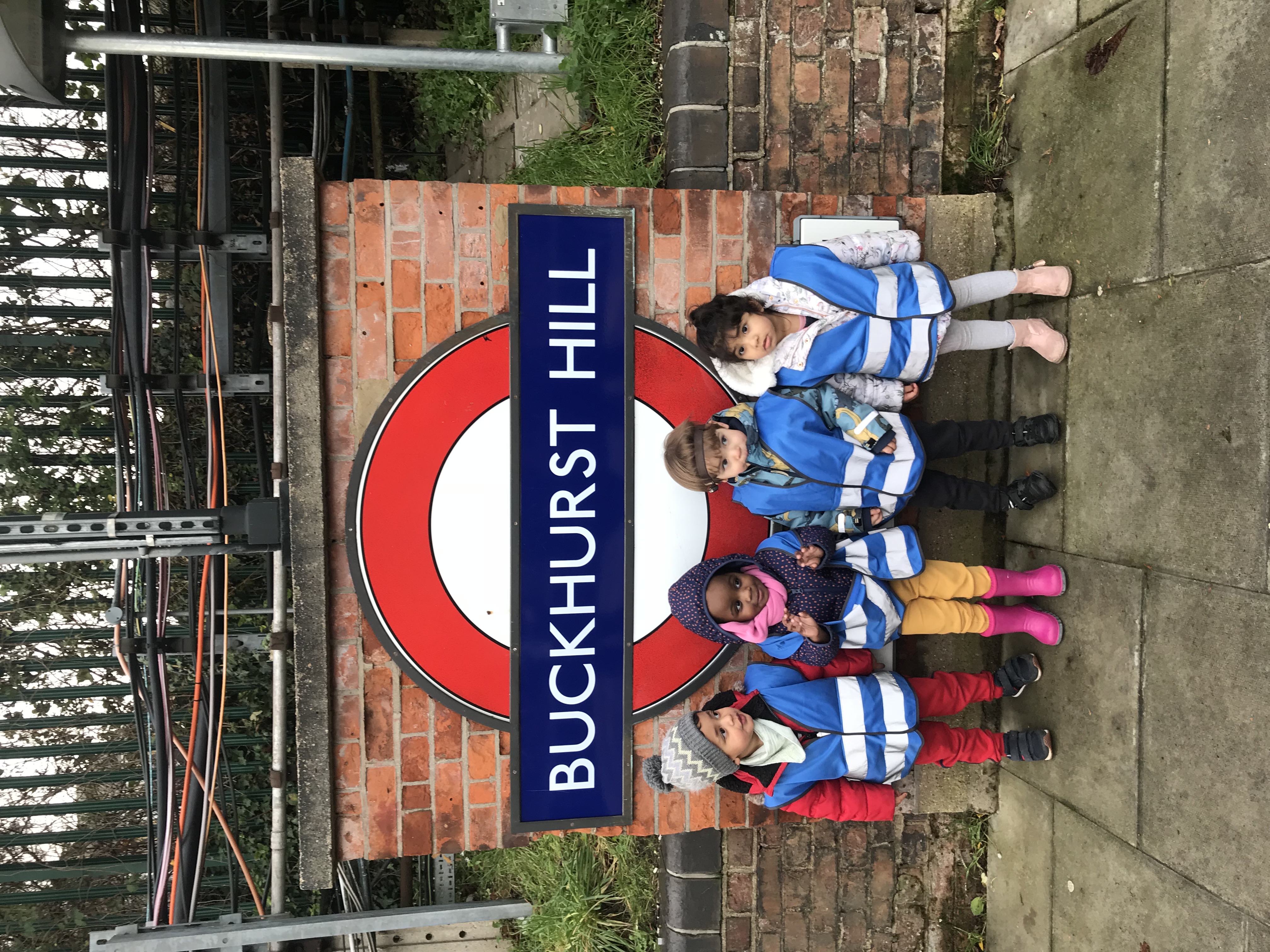 Then excitingly got to take a trip on a train to Loughton station and back. 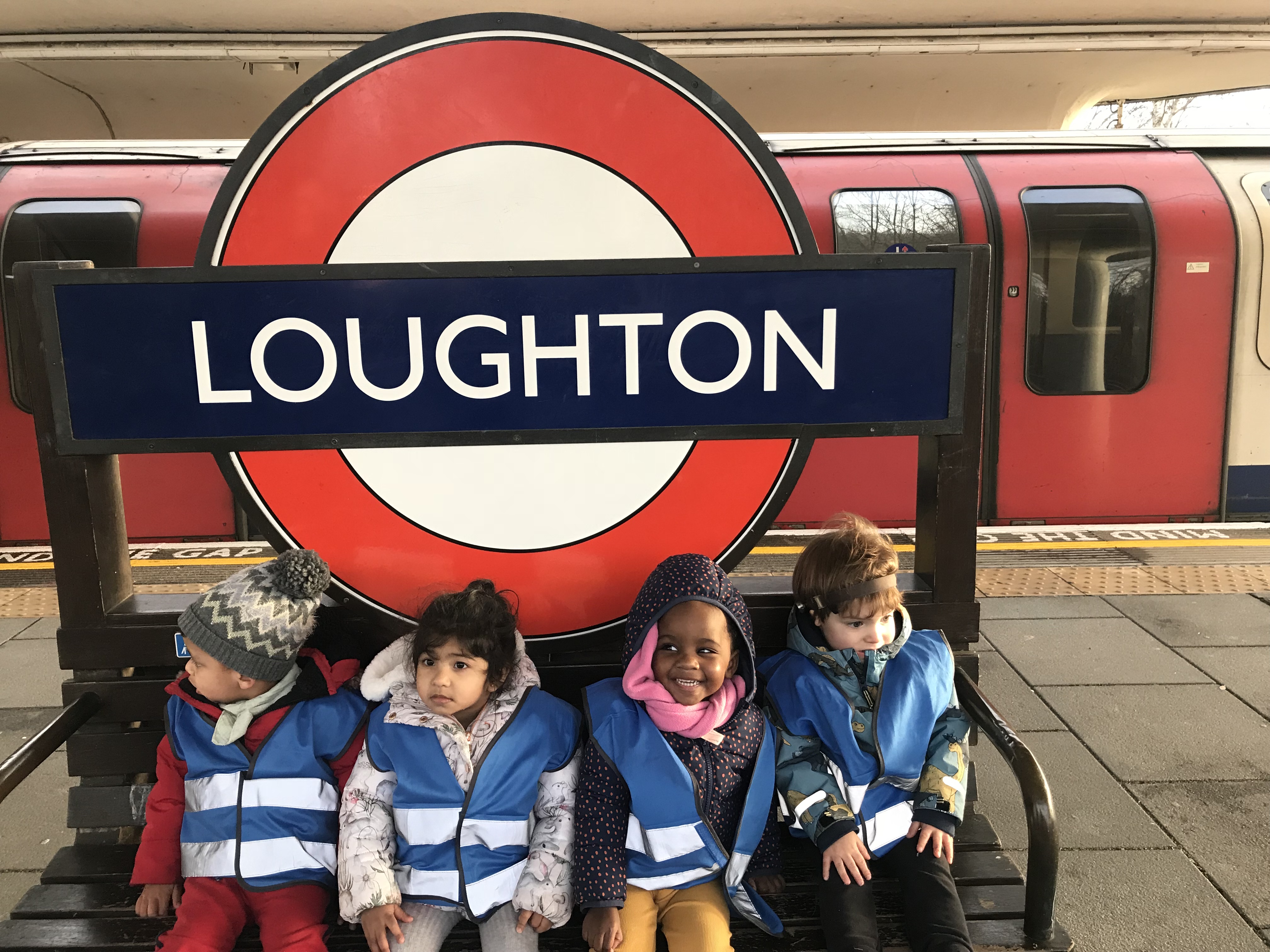 The children showed high levels of excitement as they got on and off the train and took a seat for the train ride. 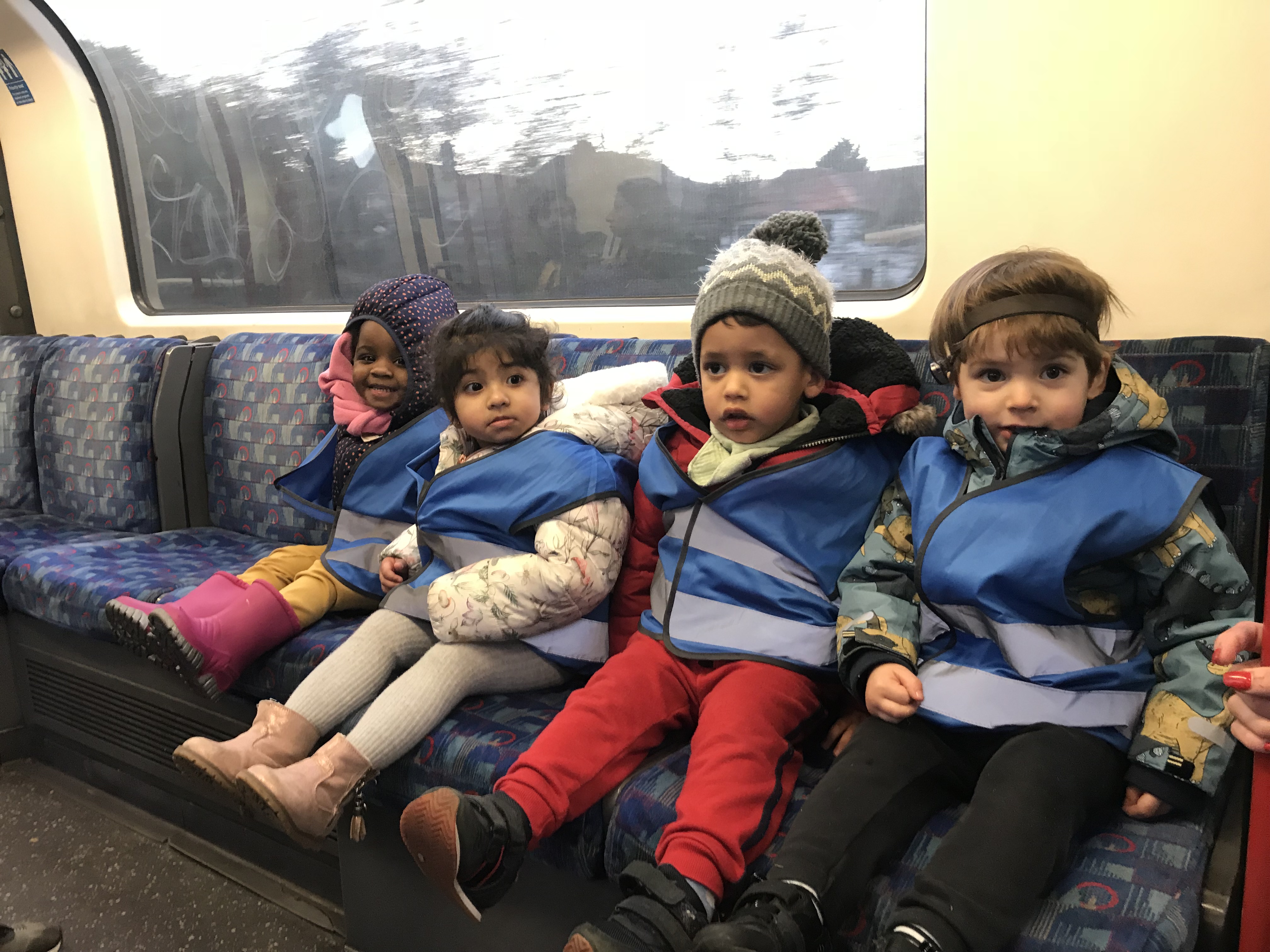 On return to nursery the children designed their own train using a large cardboard box. 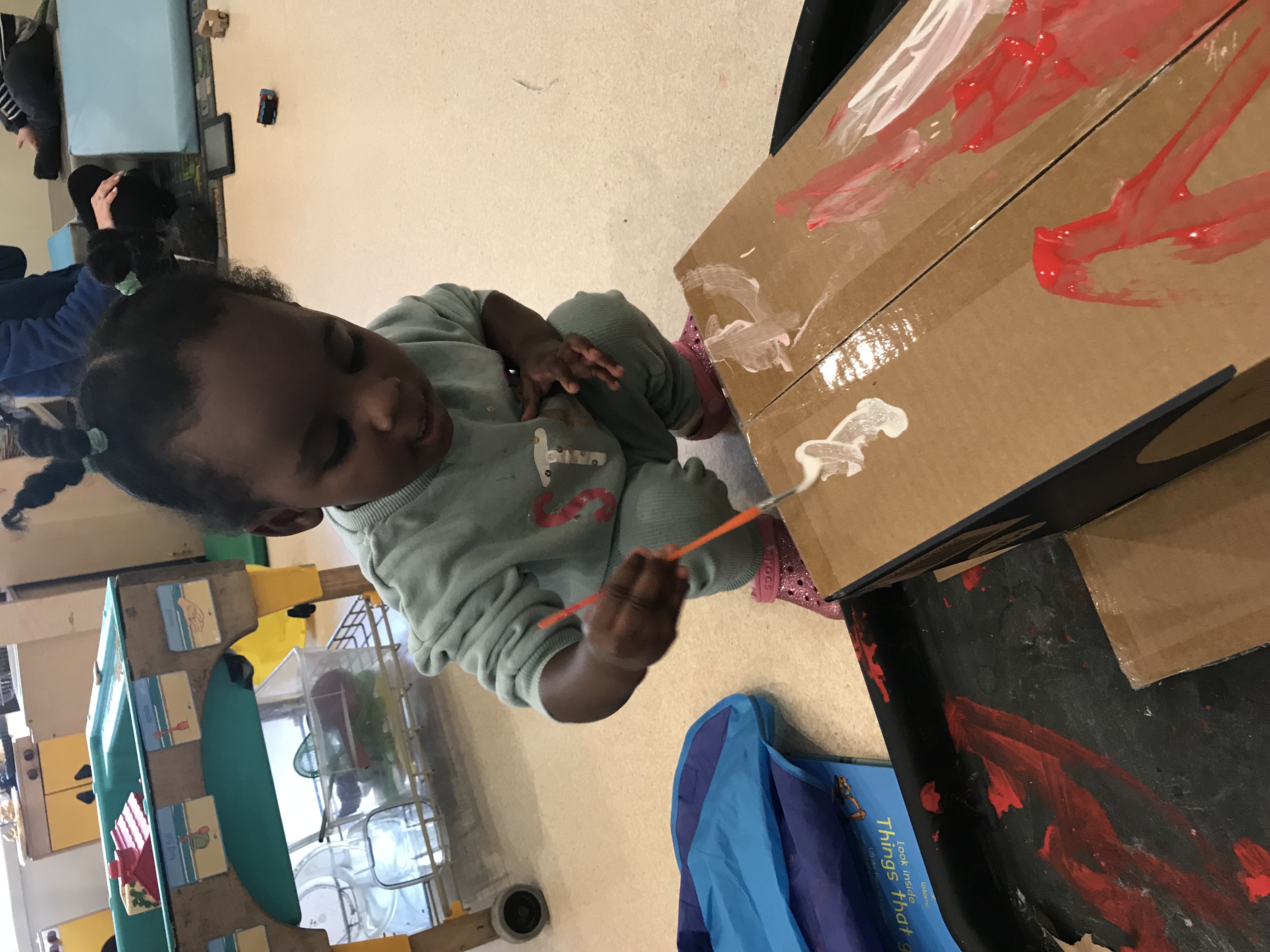 Painting the box the same colours as the London underground. 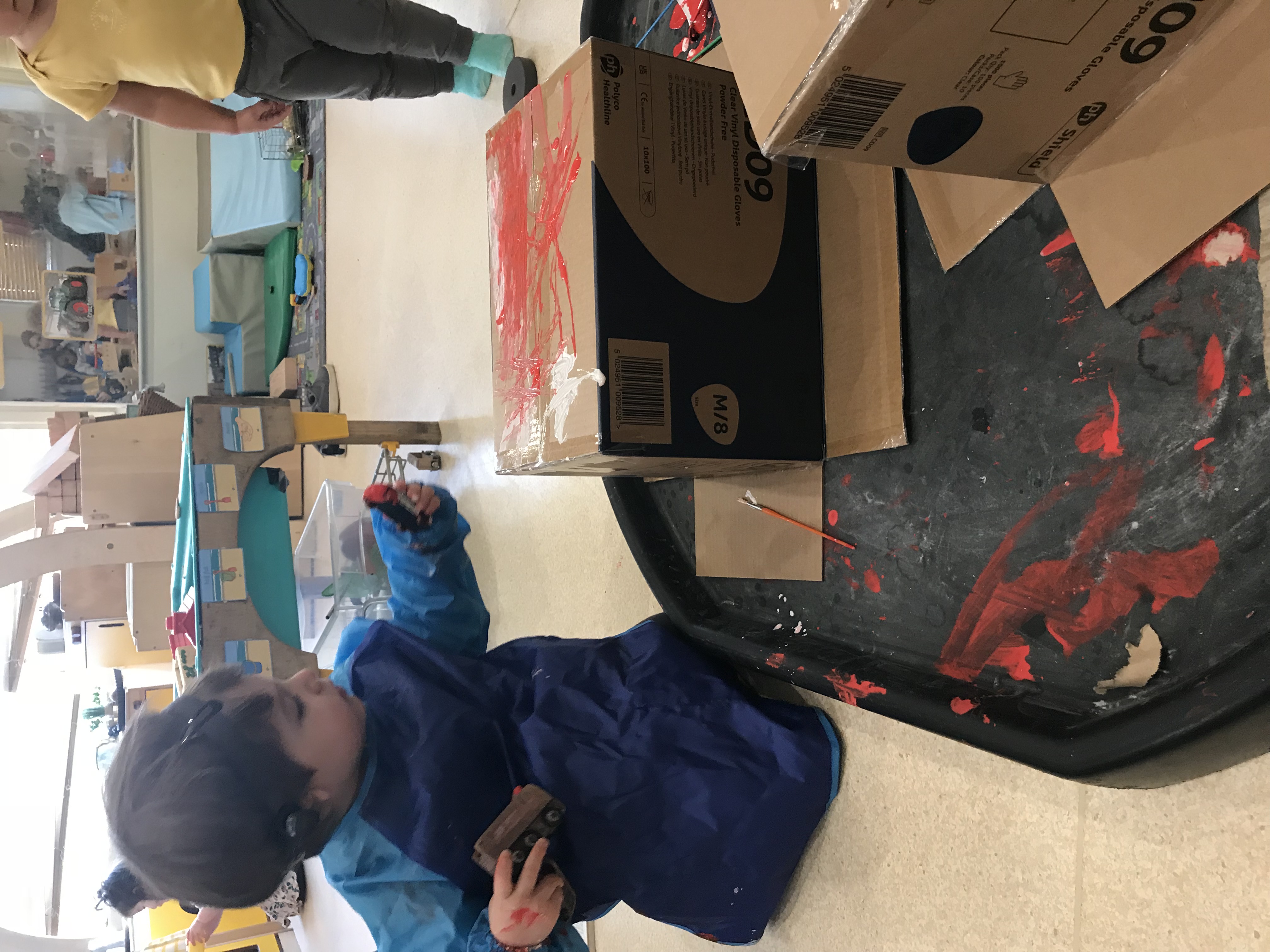 Once dry the children used the train as a role play tool. Using their imagination to board the train and make cho choo noises. 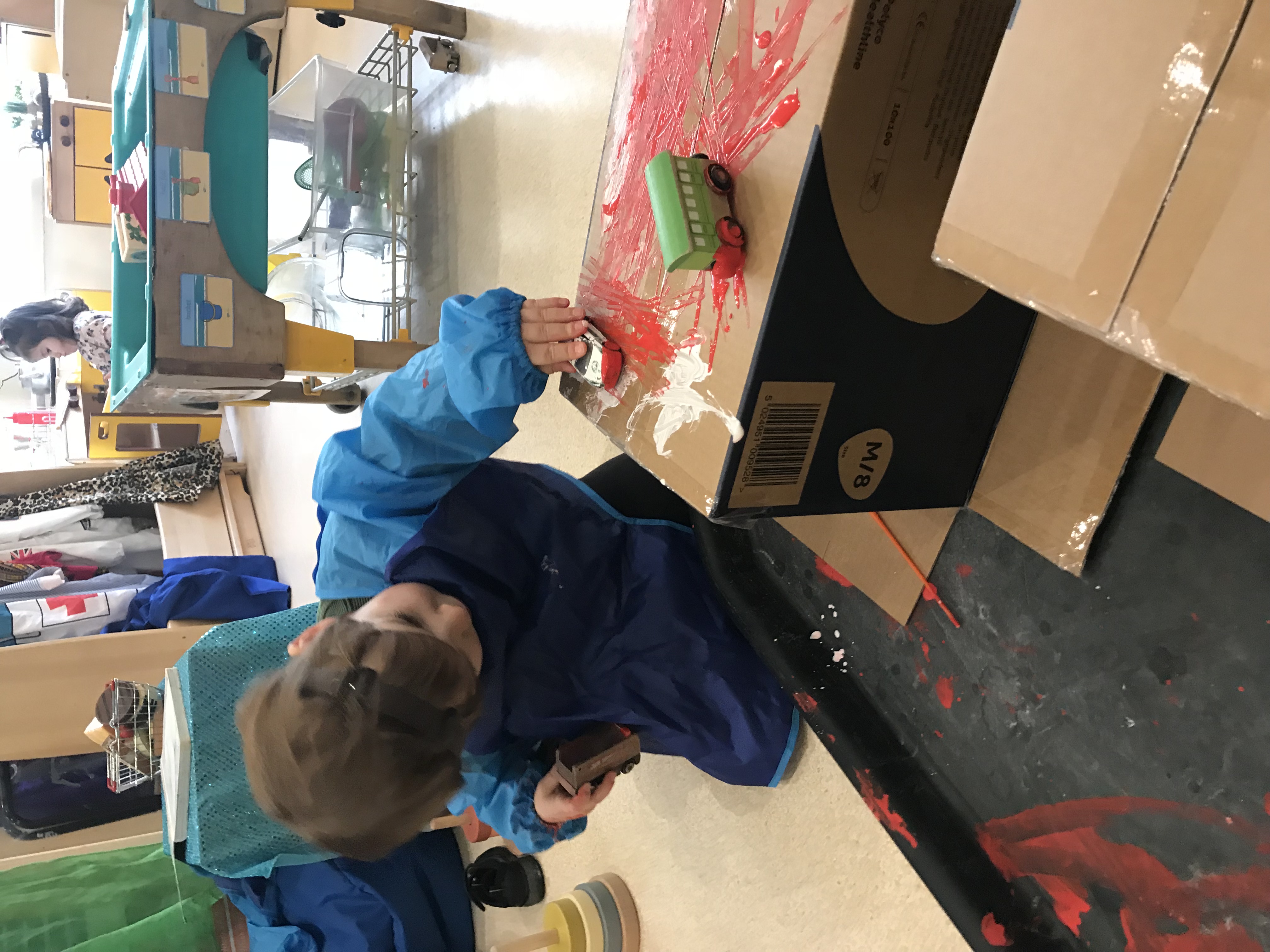 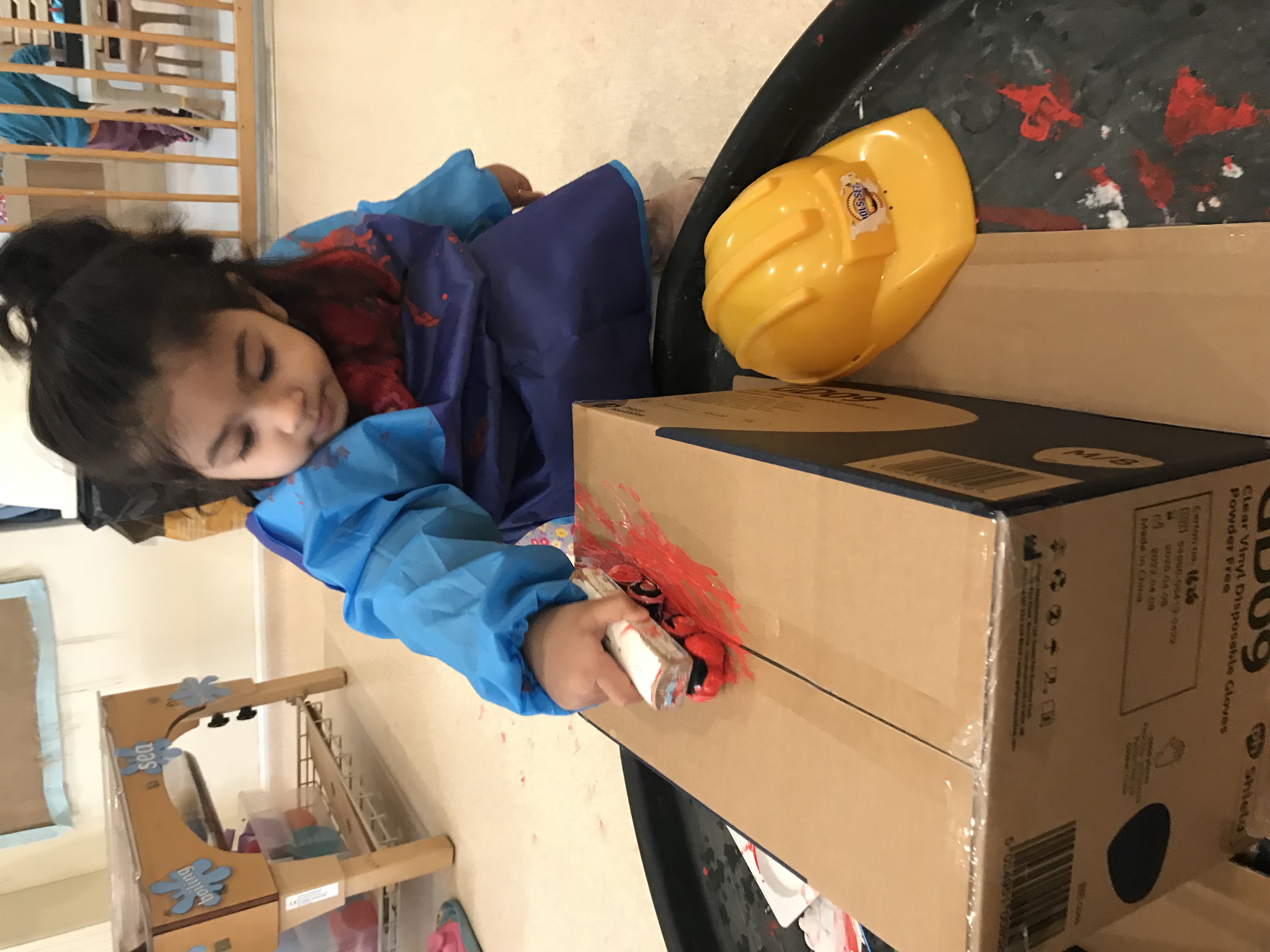 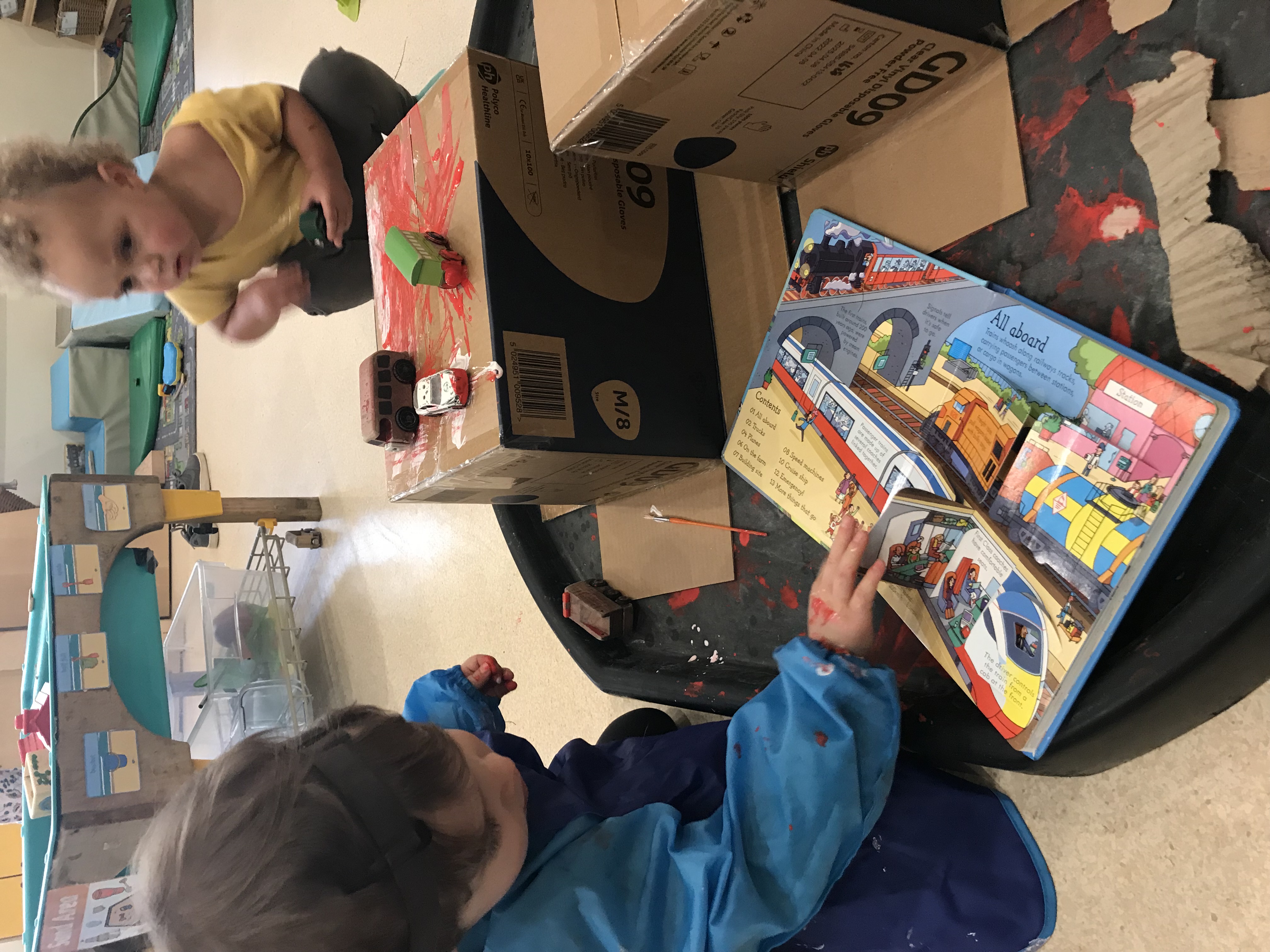