The Butterflies went to Waitrose to look at different sized and shaped pumpkins and squashes. 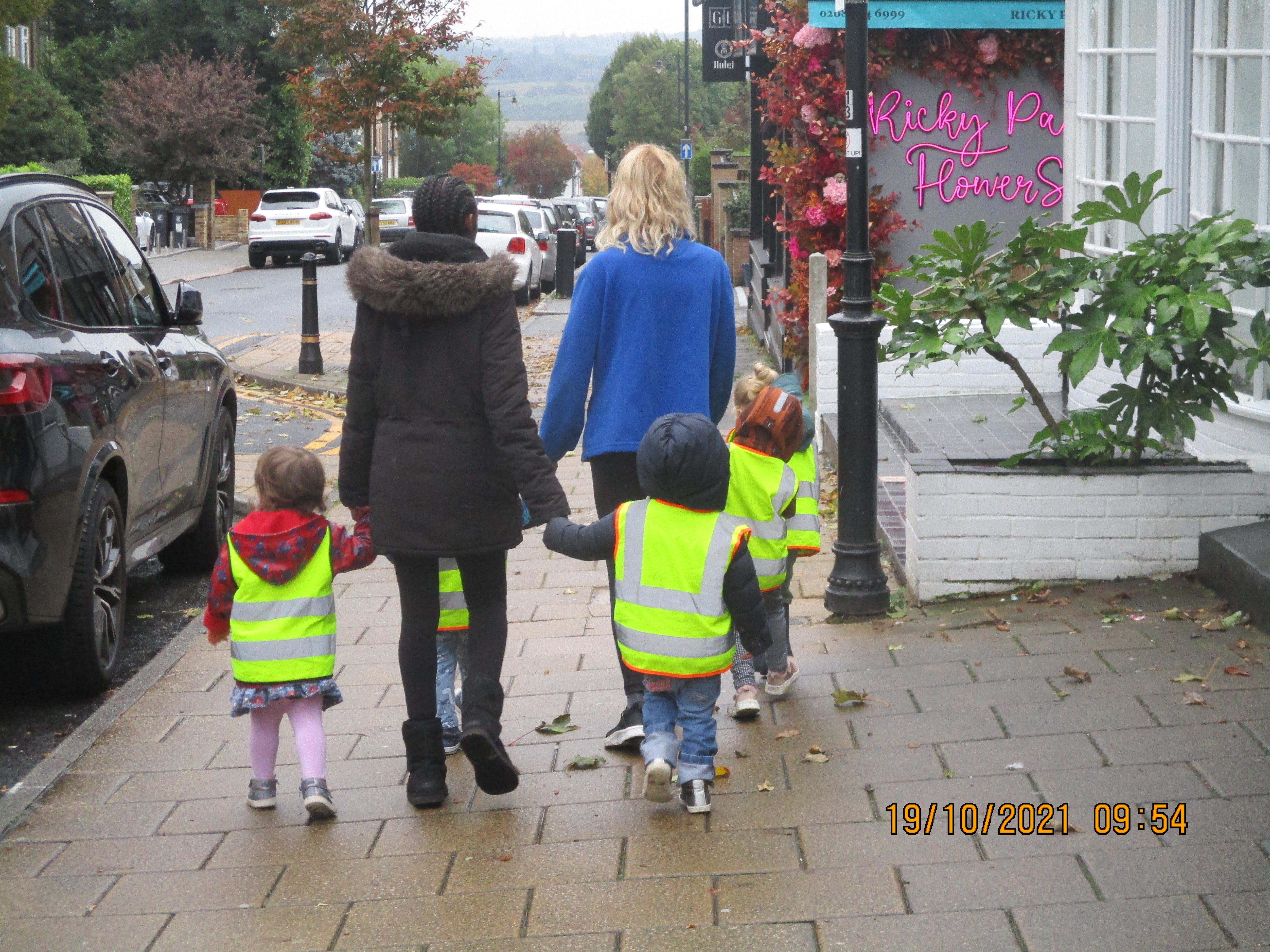 The children walked down the hill excitedly. 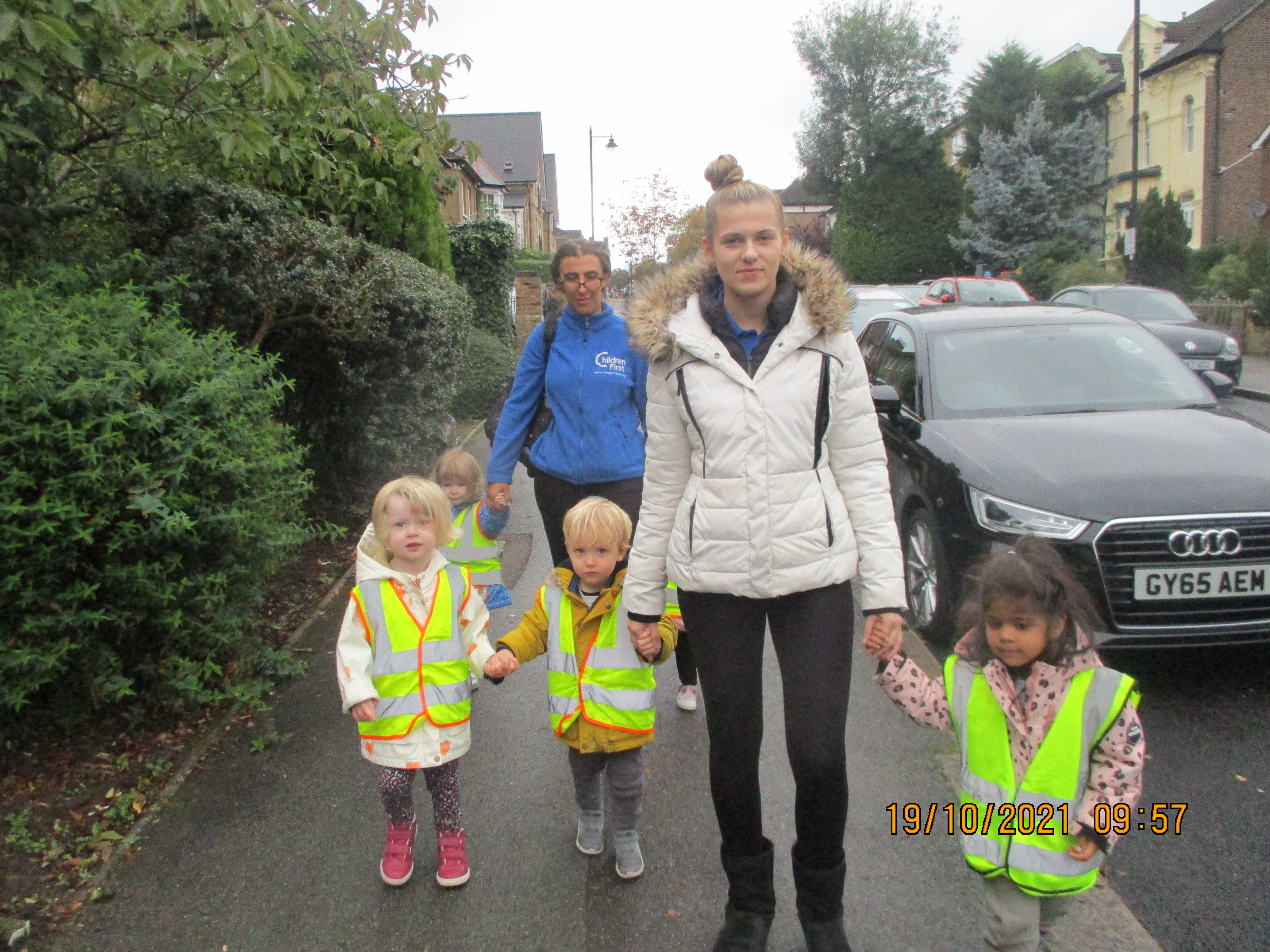 They got a trolley to push the pumpkins in. 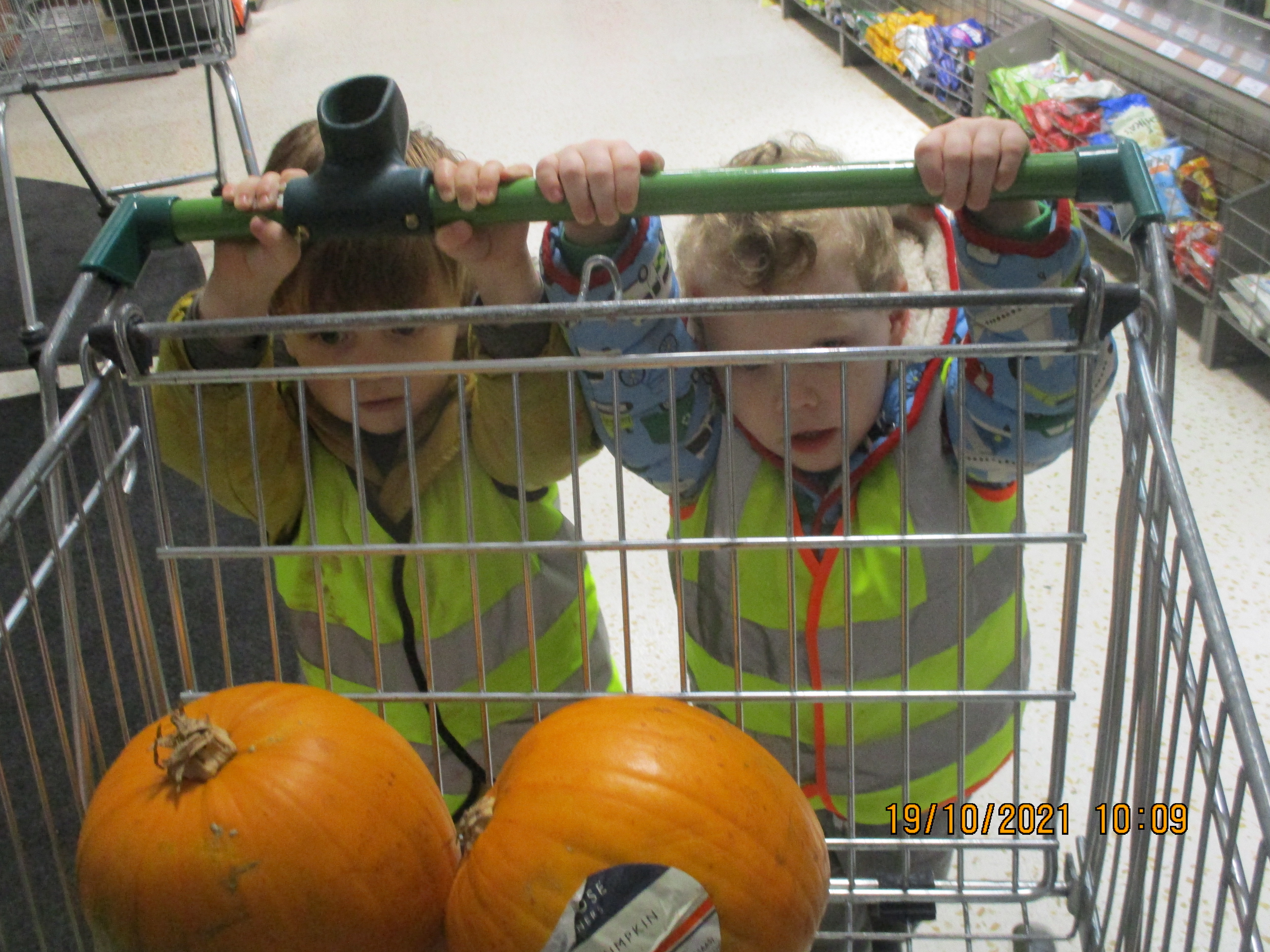 The children looked at a variety of large pumpkins. 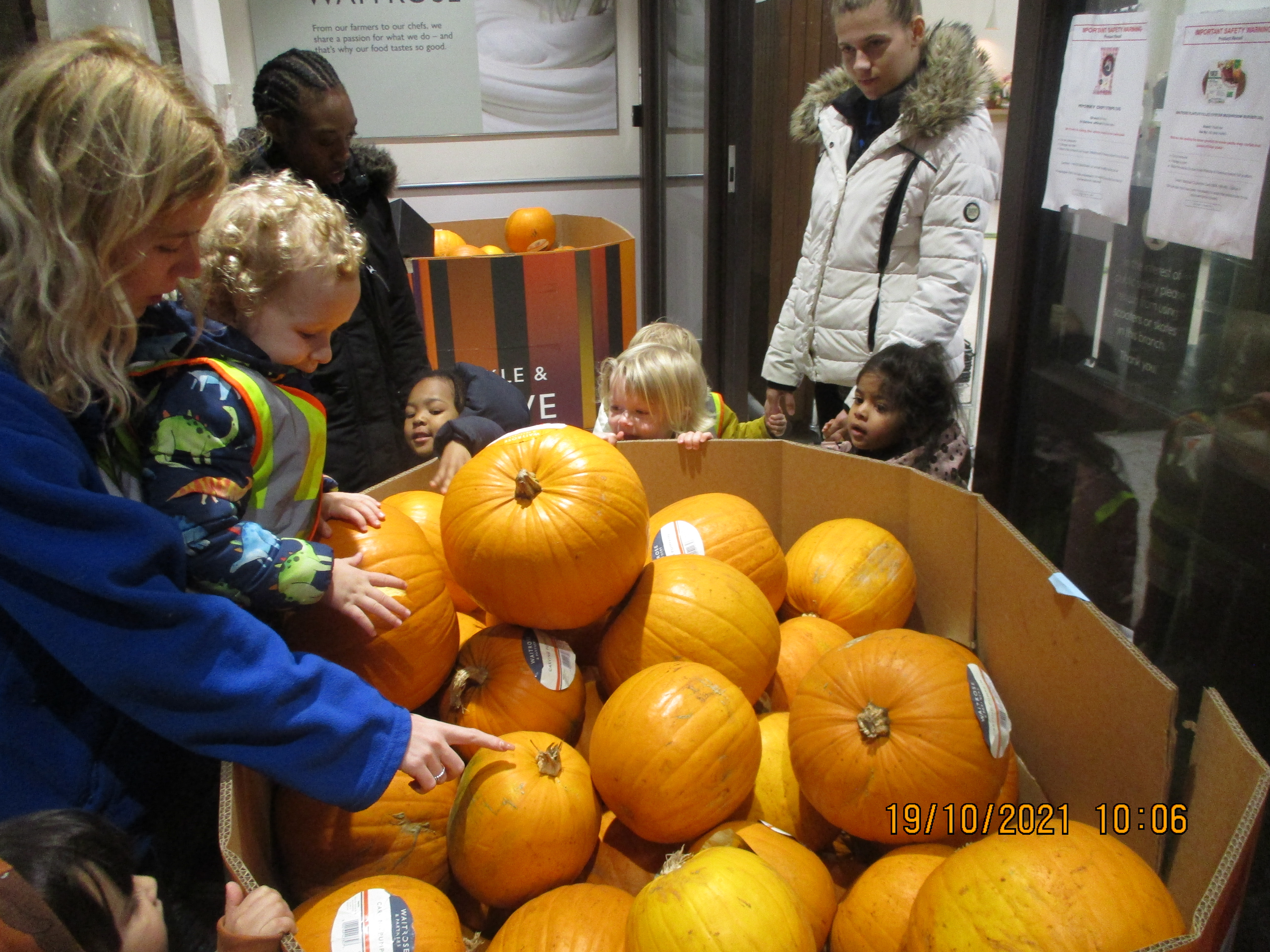 Children picked them up commenting on the weight. Vocabulary was used such as heavy. 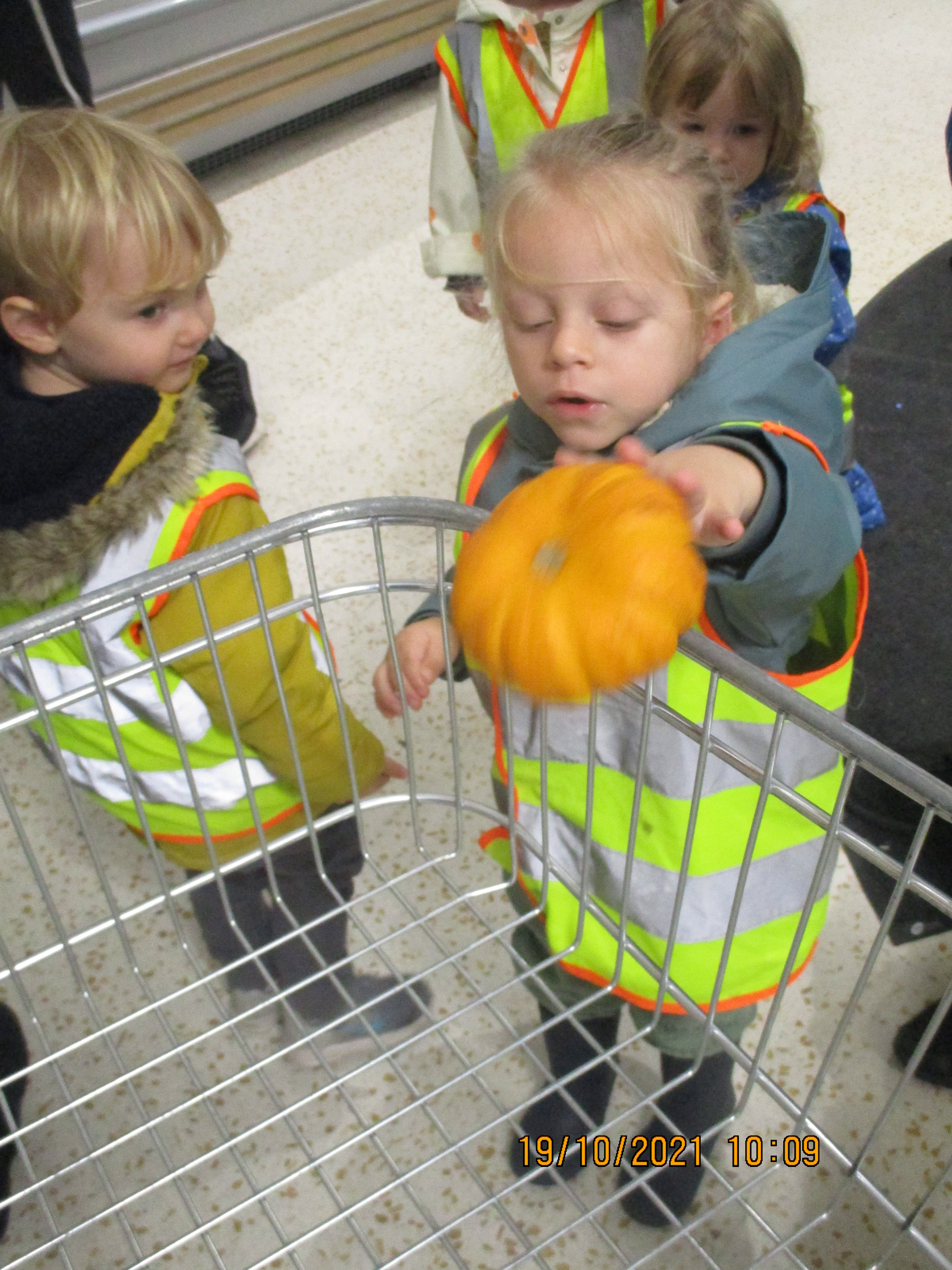 The children compared the difference between the size, weight, shape and colour. 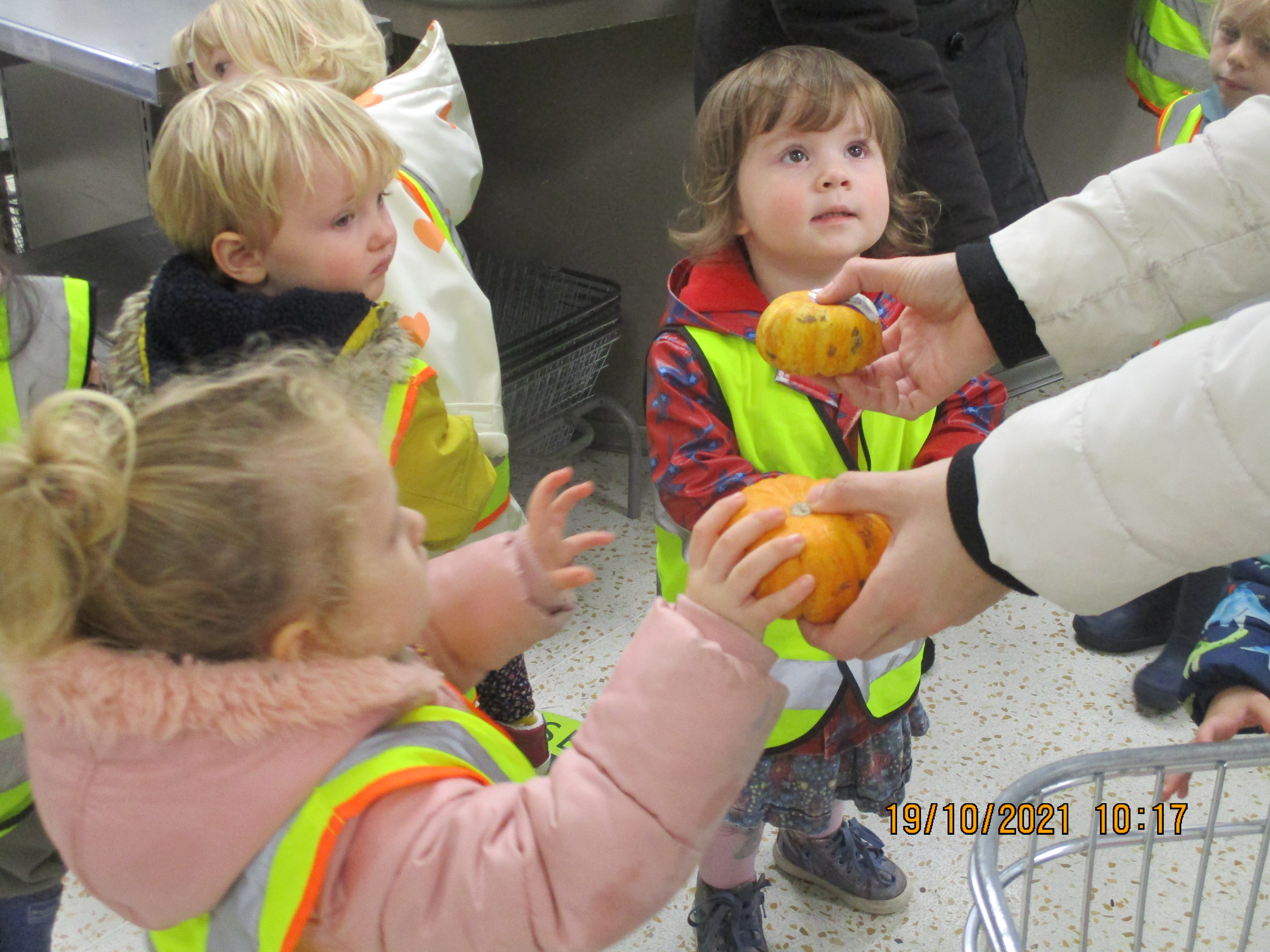 All of the various pumpkins, munchkins and squashes were added to the trolley. 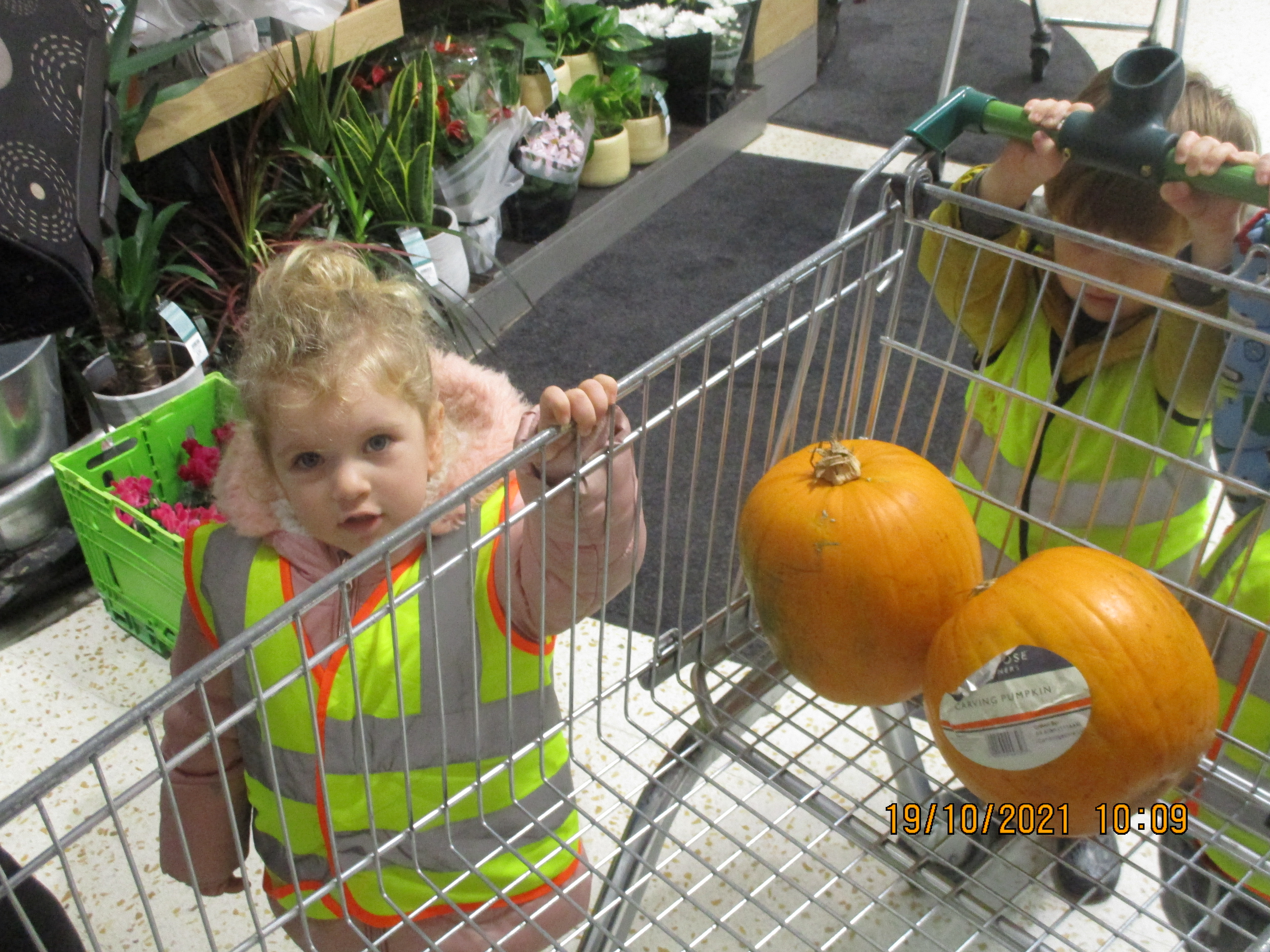 Back at nursery the children explored them. 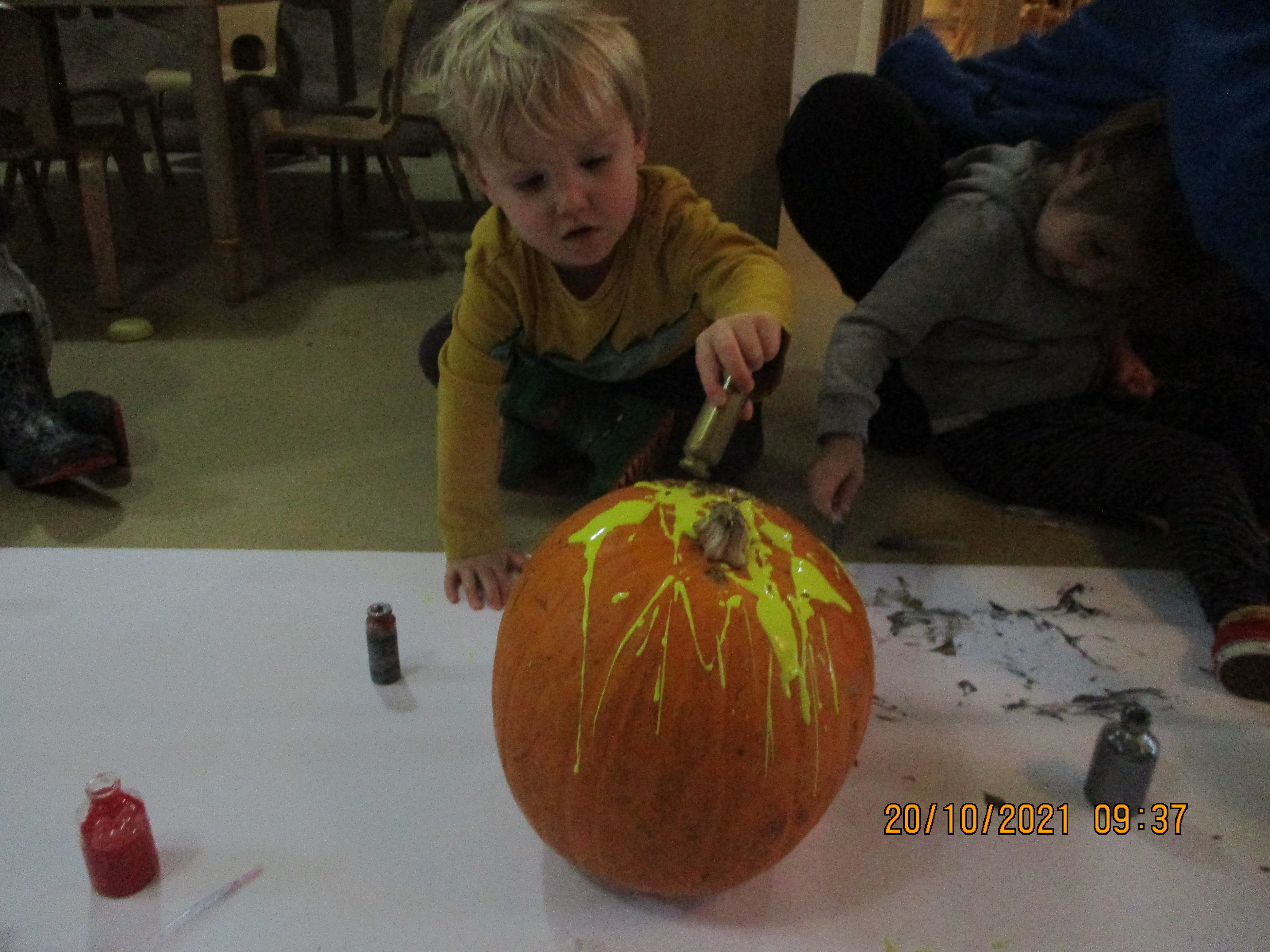 They added paint to the pumpkins using their hands, pippets, and brushes. 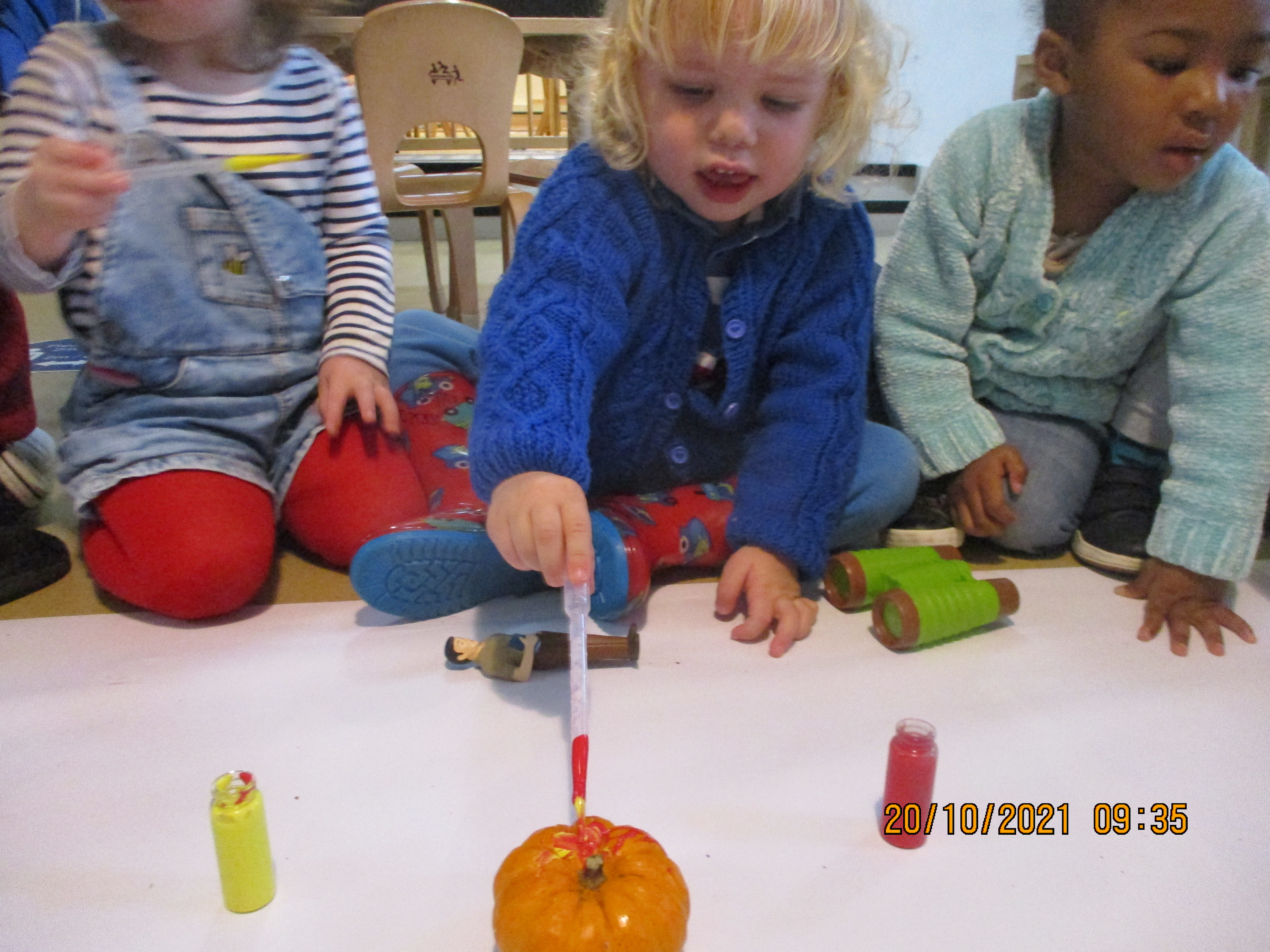 The pumpkins were rolled across large floor paper using both children's hands and the guttering pipes.

Everyone compared which pumpkins rolled furthest. 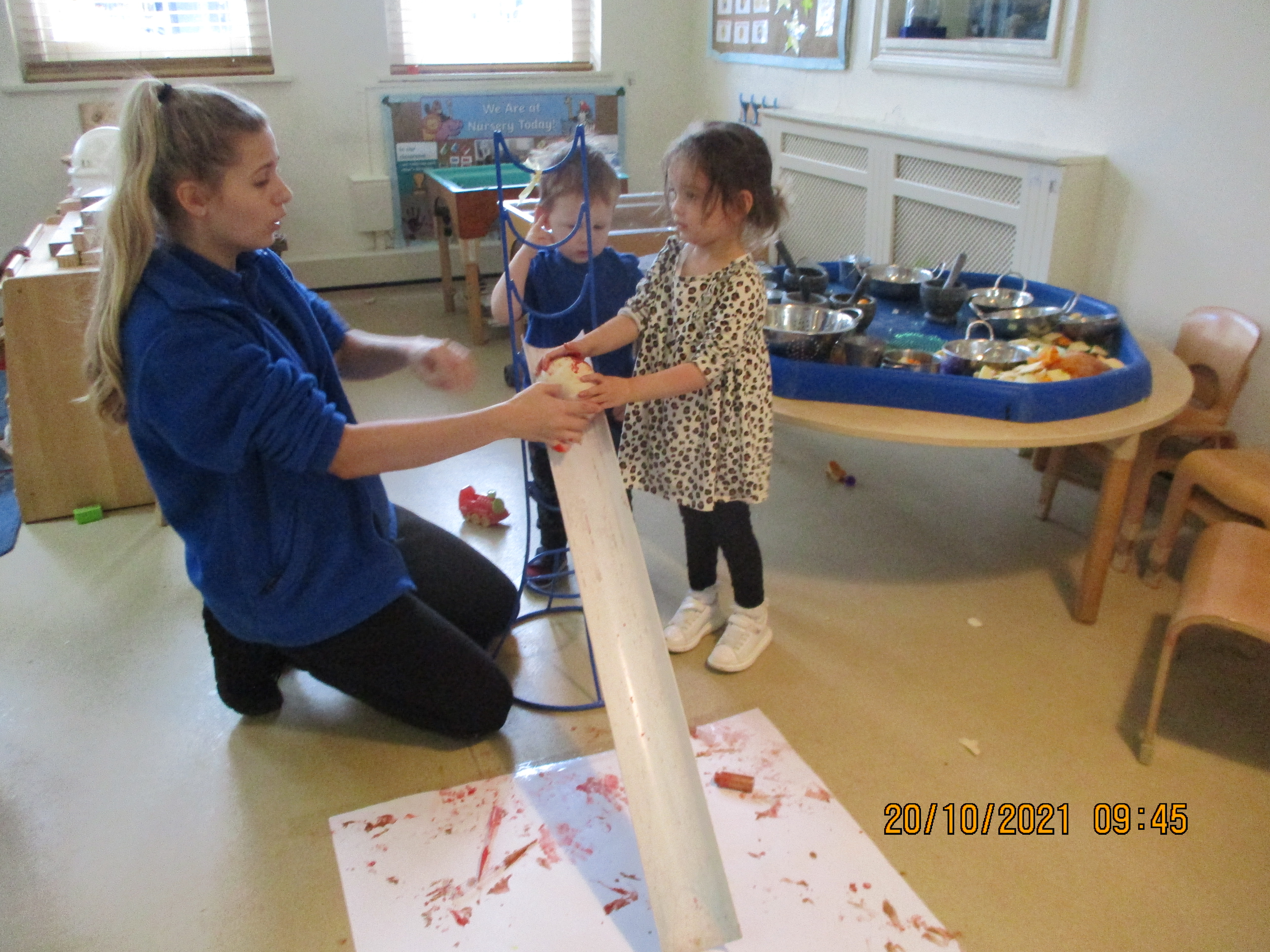 The children noticed the small pumpkins rolled further from the guttering pipes. 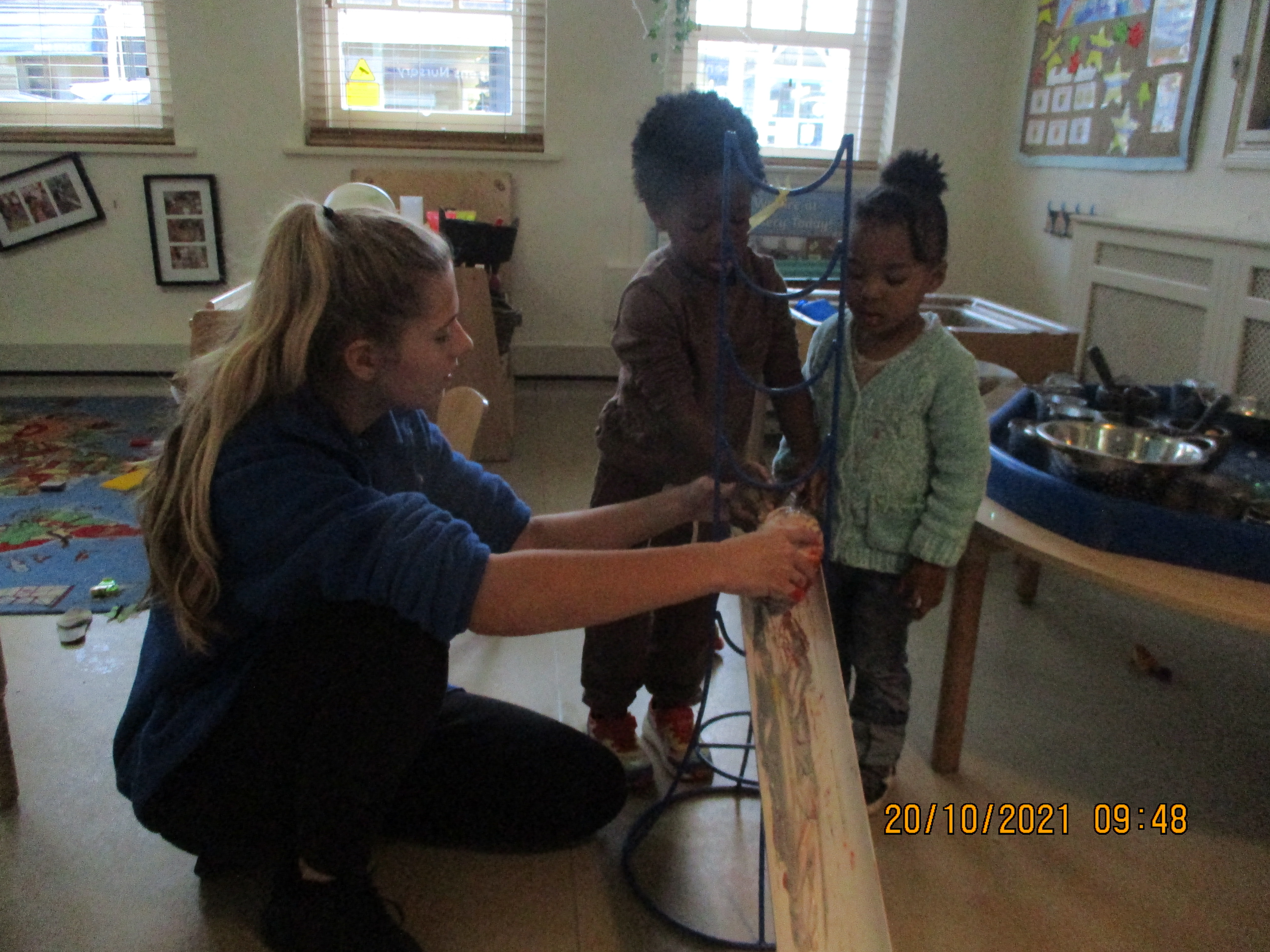 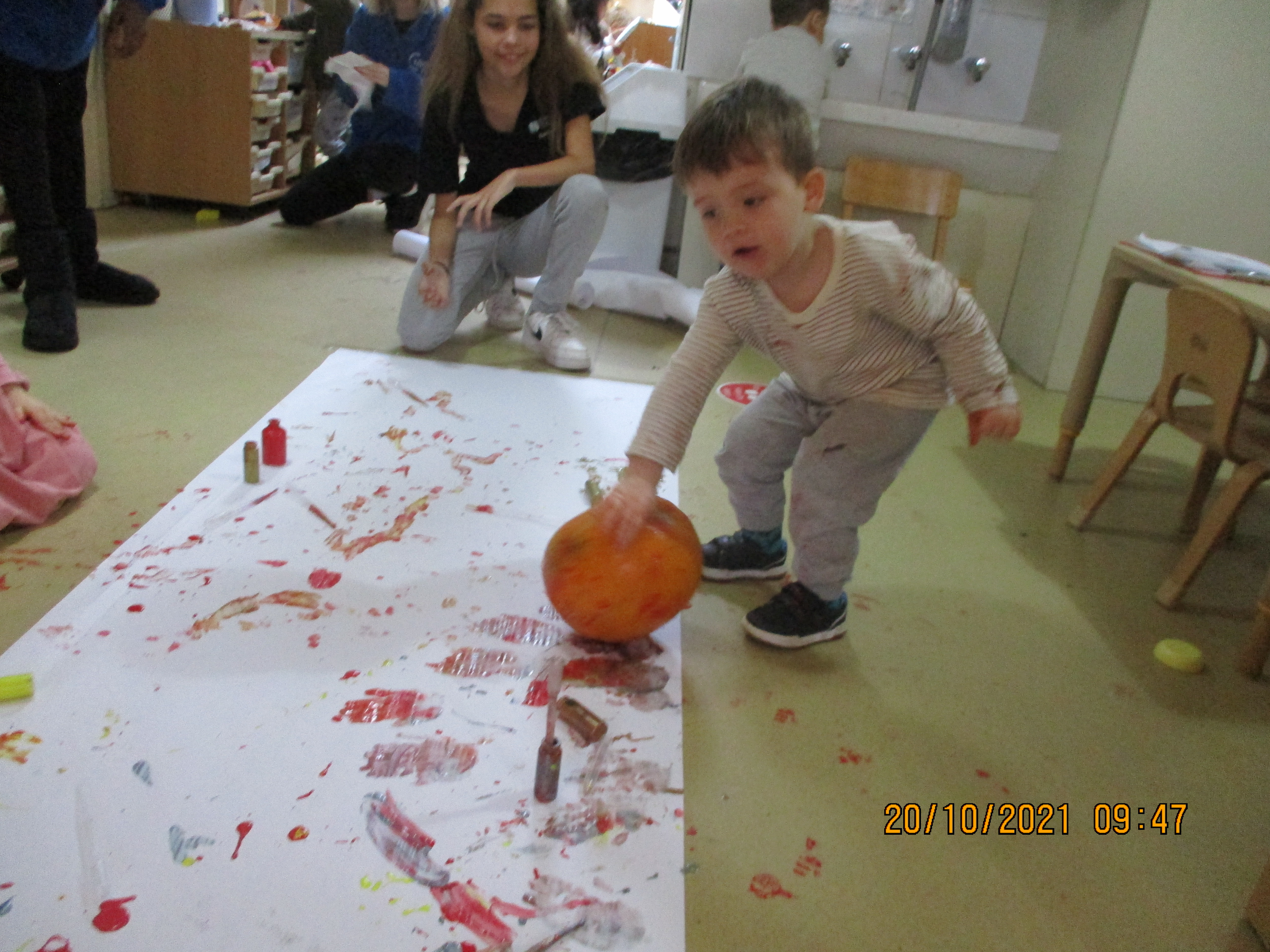 It was an exciting cause and effect activity for the children to make predictions and learn through trial and error. 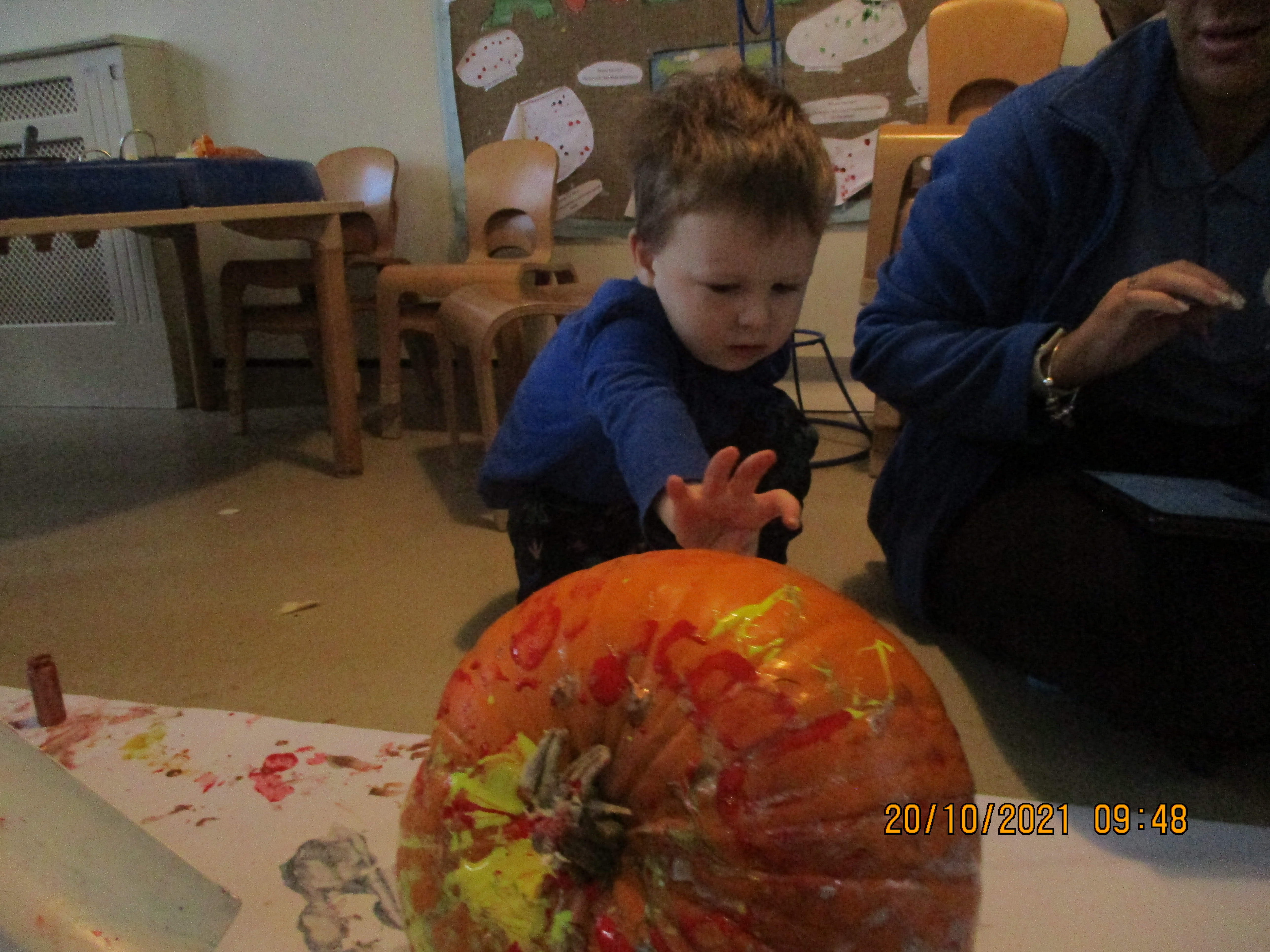 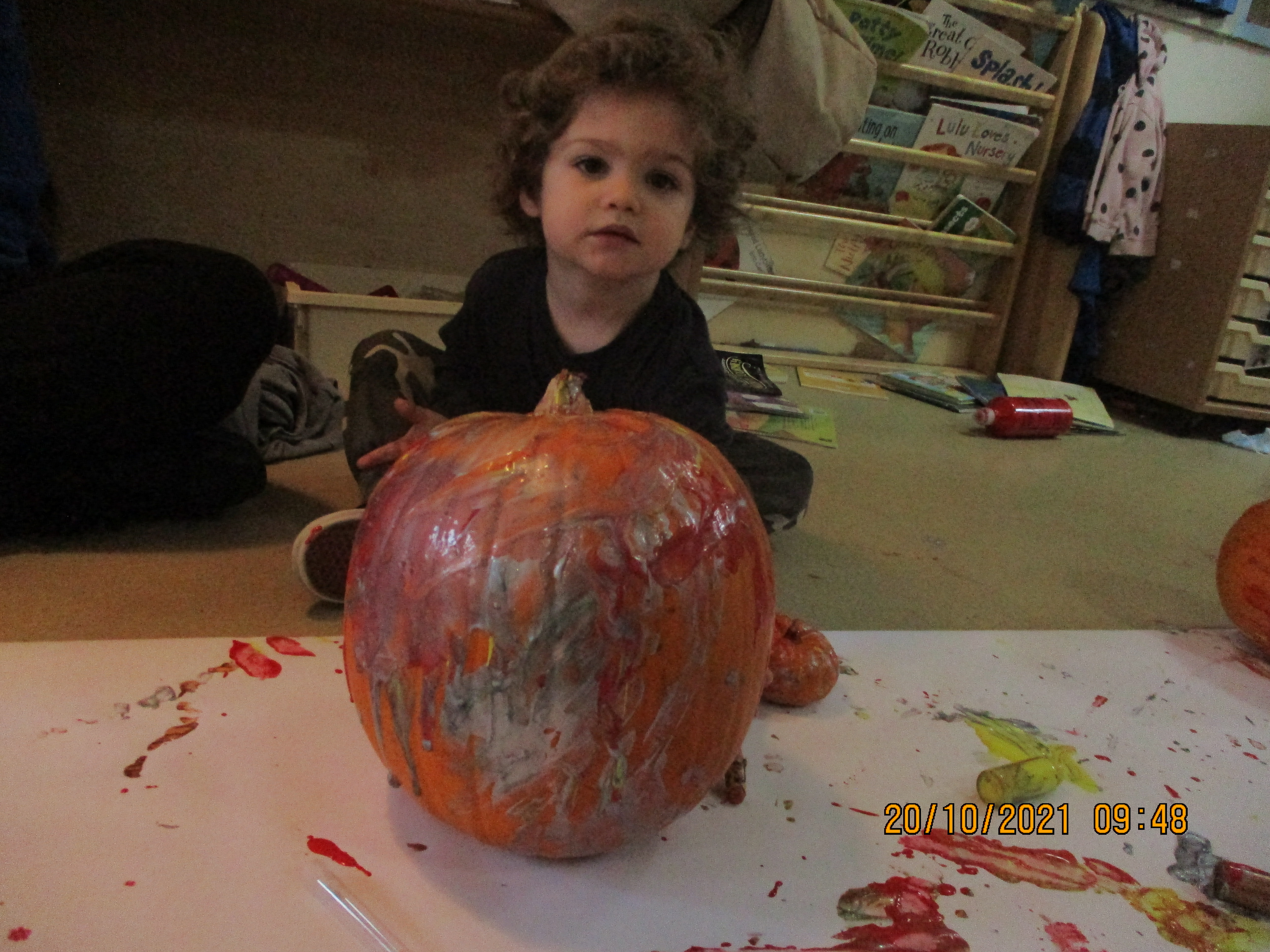 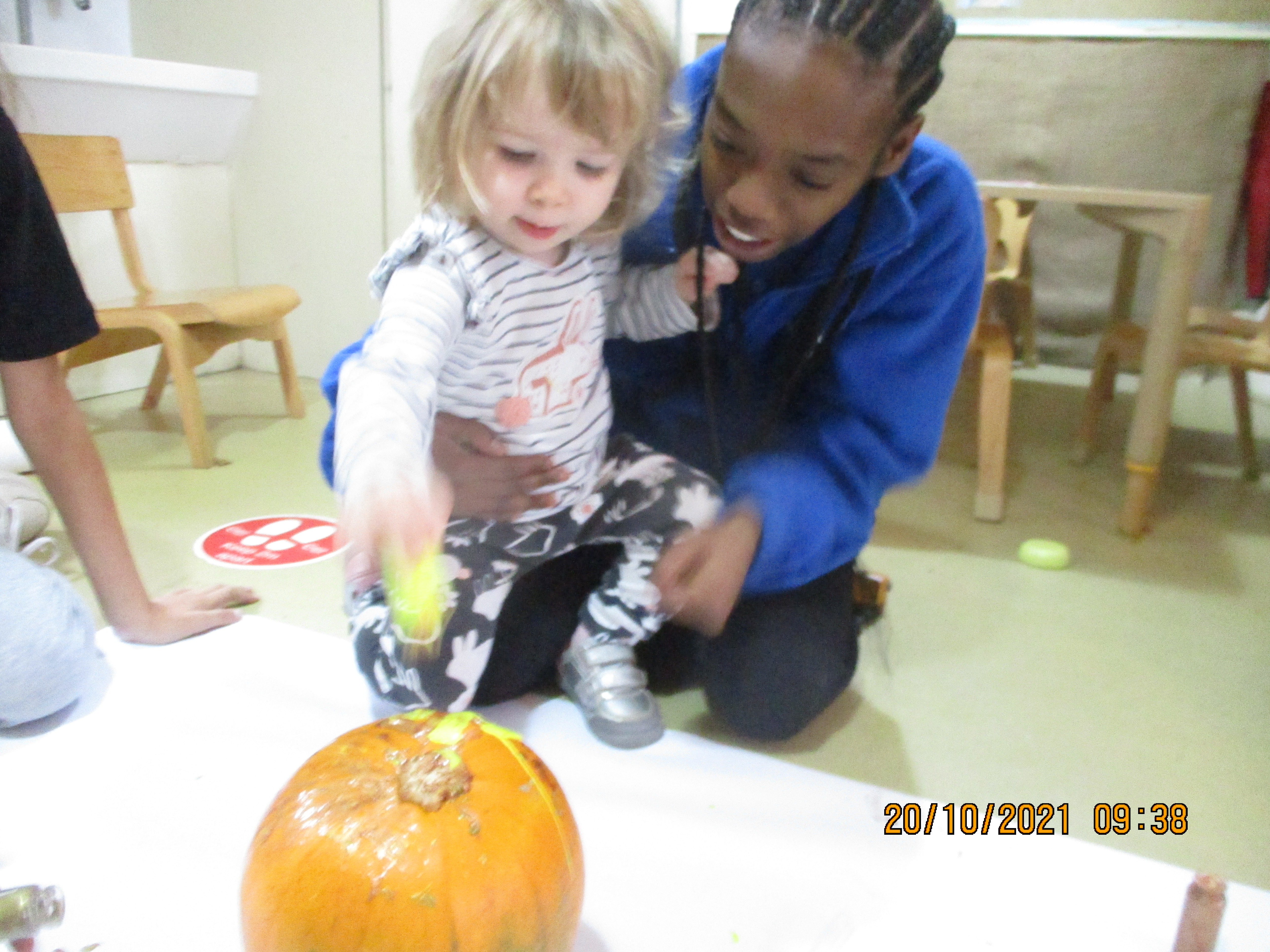 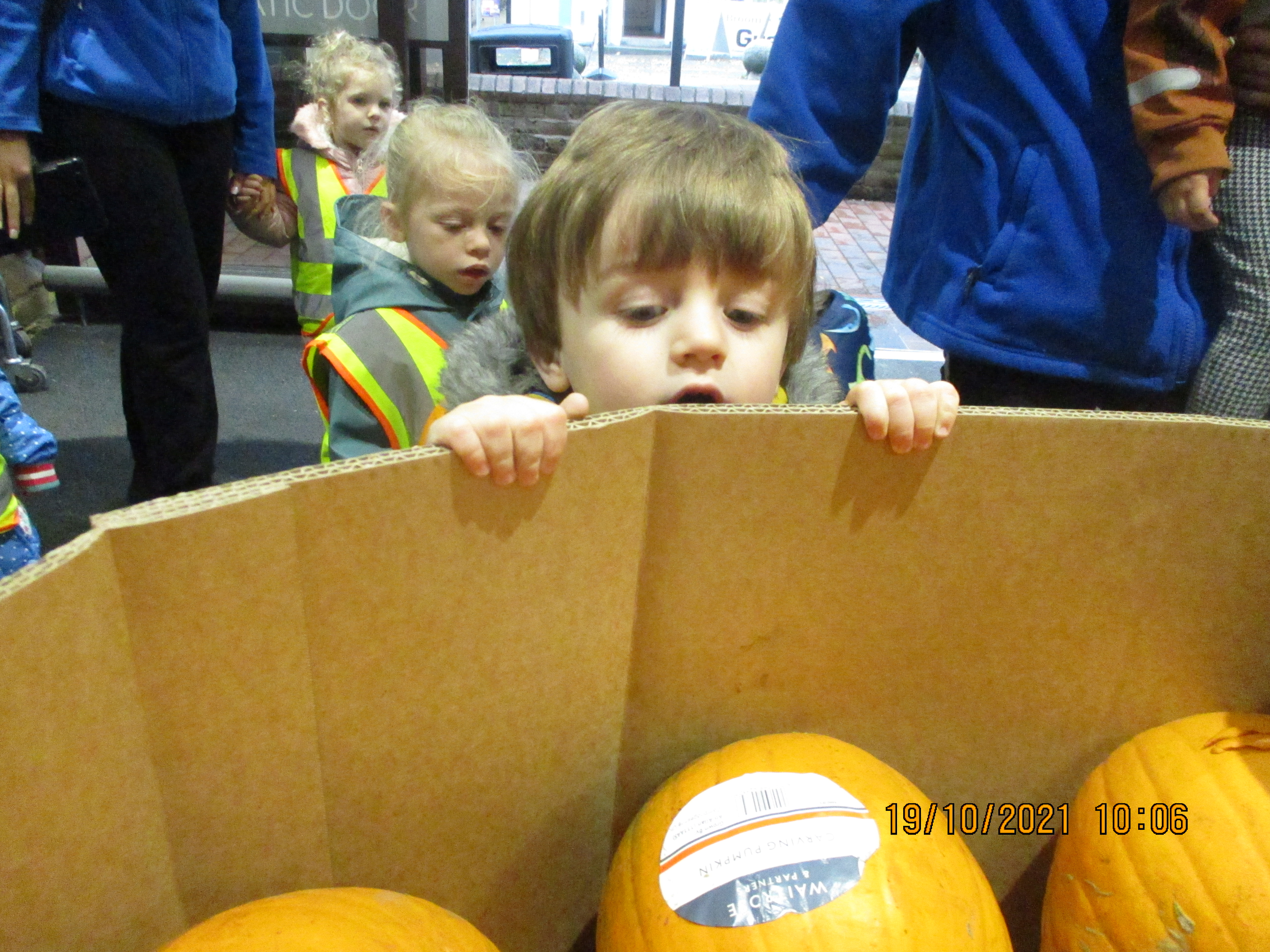 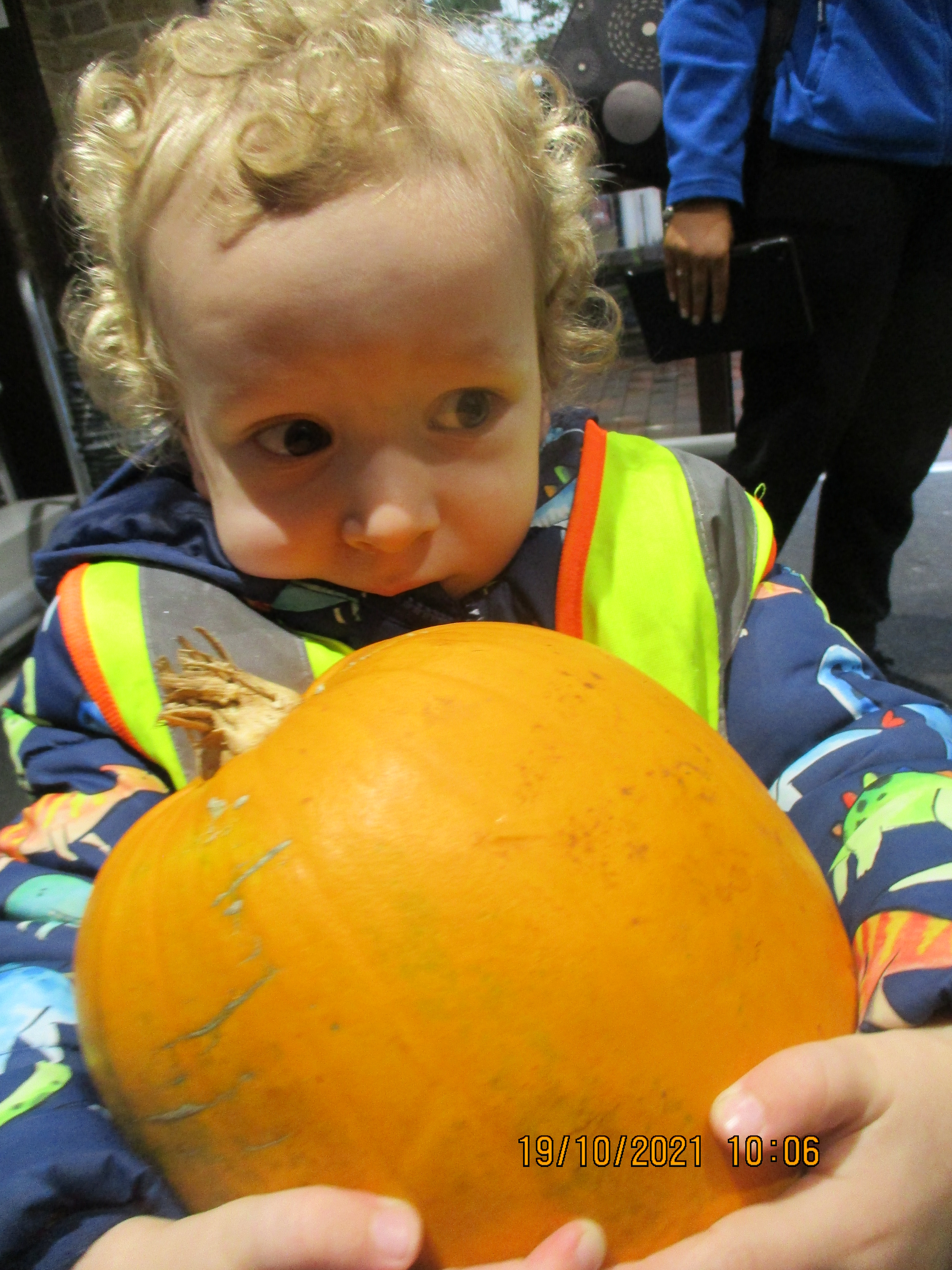 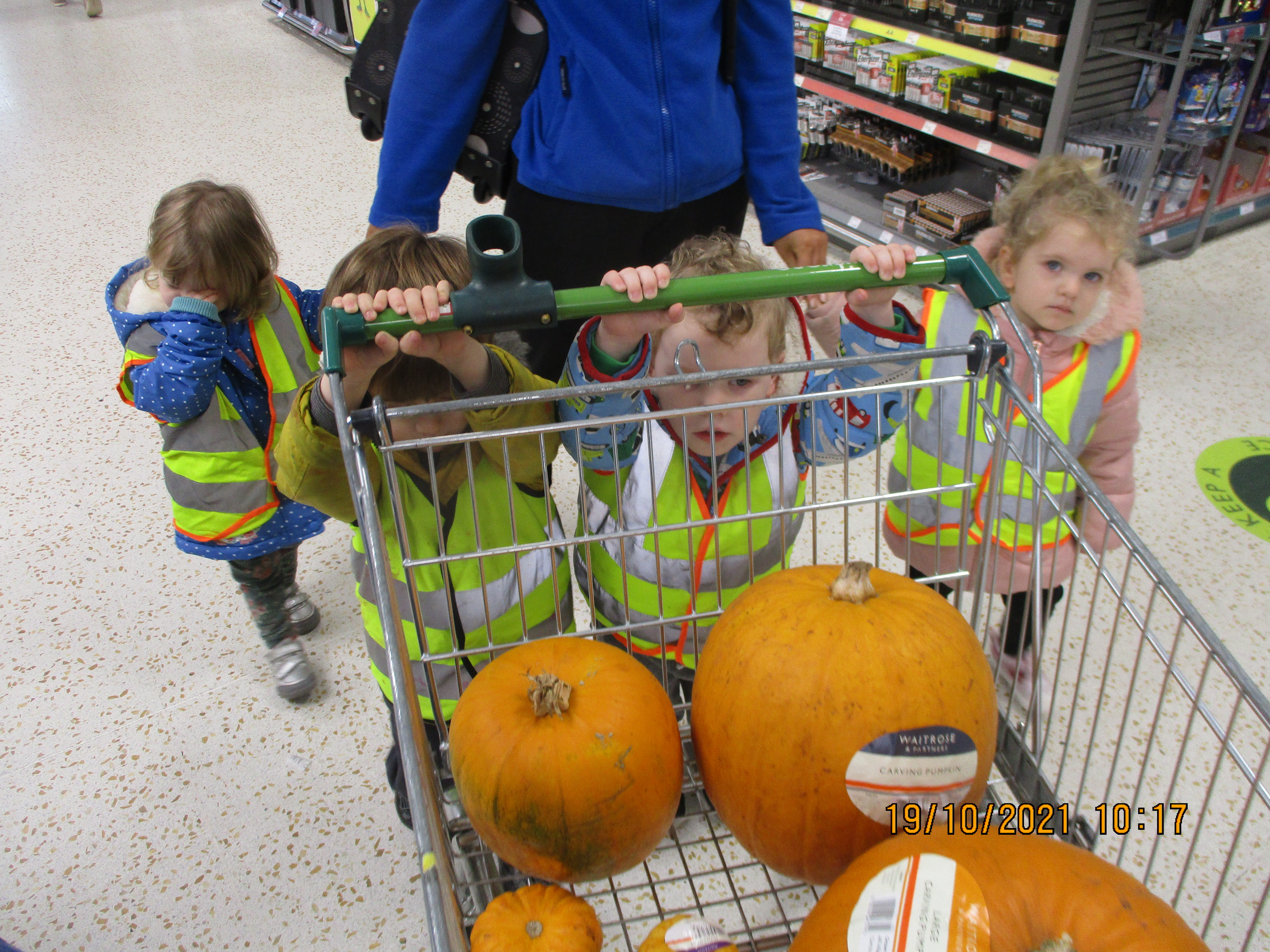