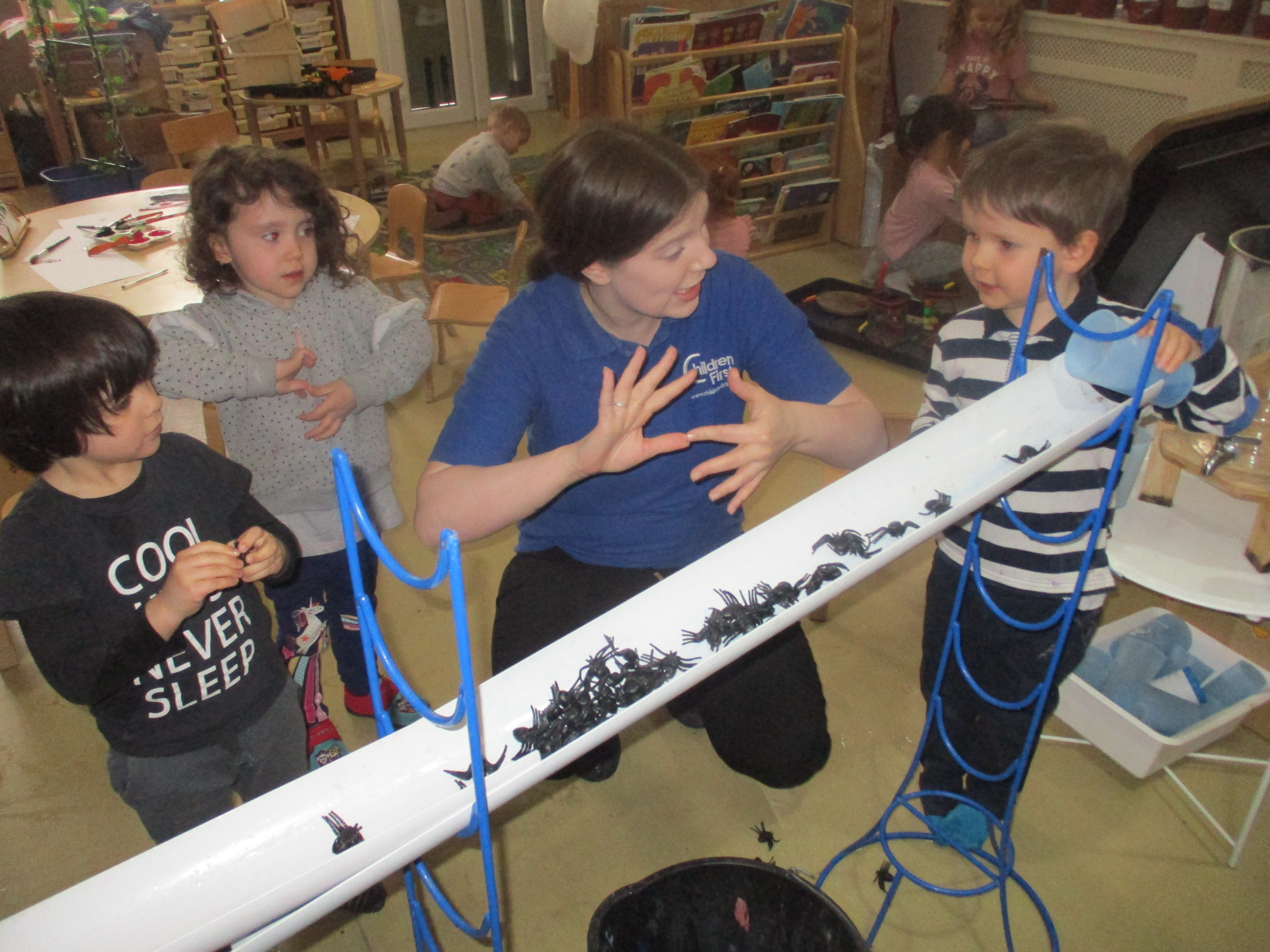 They sung the song and talked about the rain washing the spider down the spout. 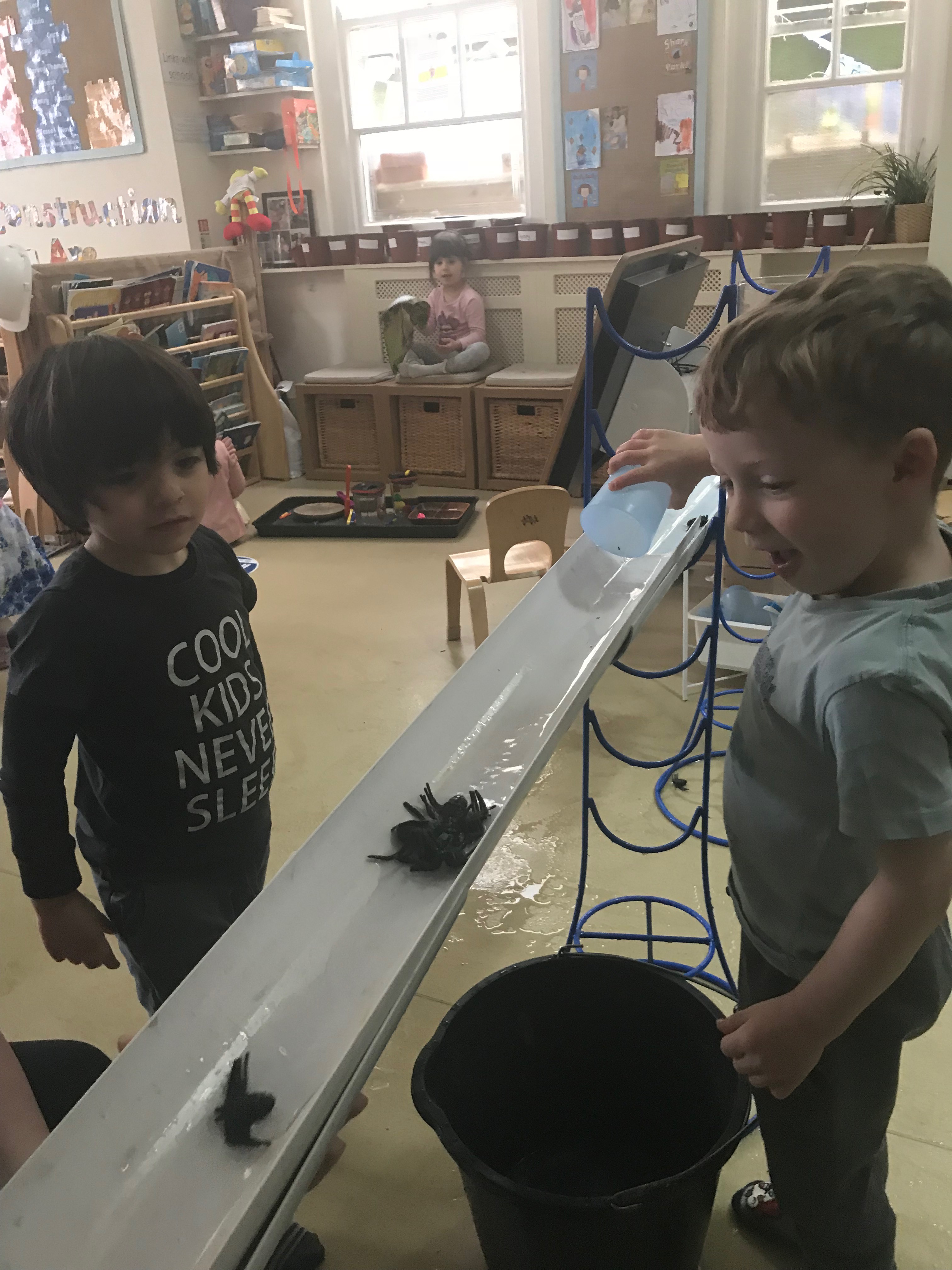 The children made predictions about how much water would be needed to wash the spider away. 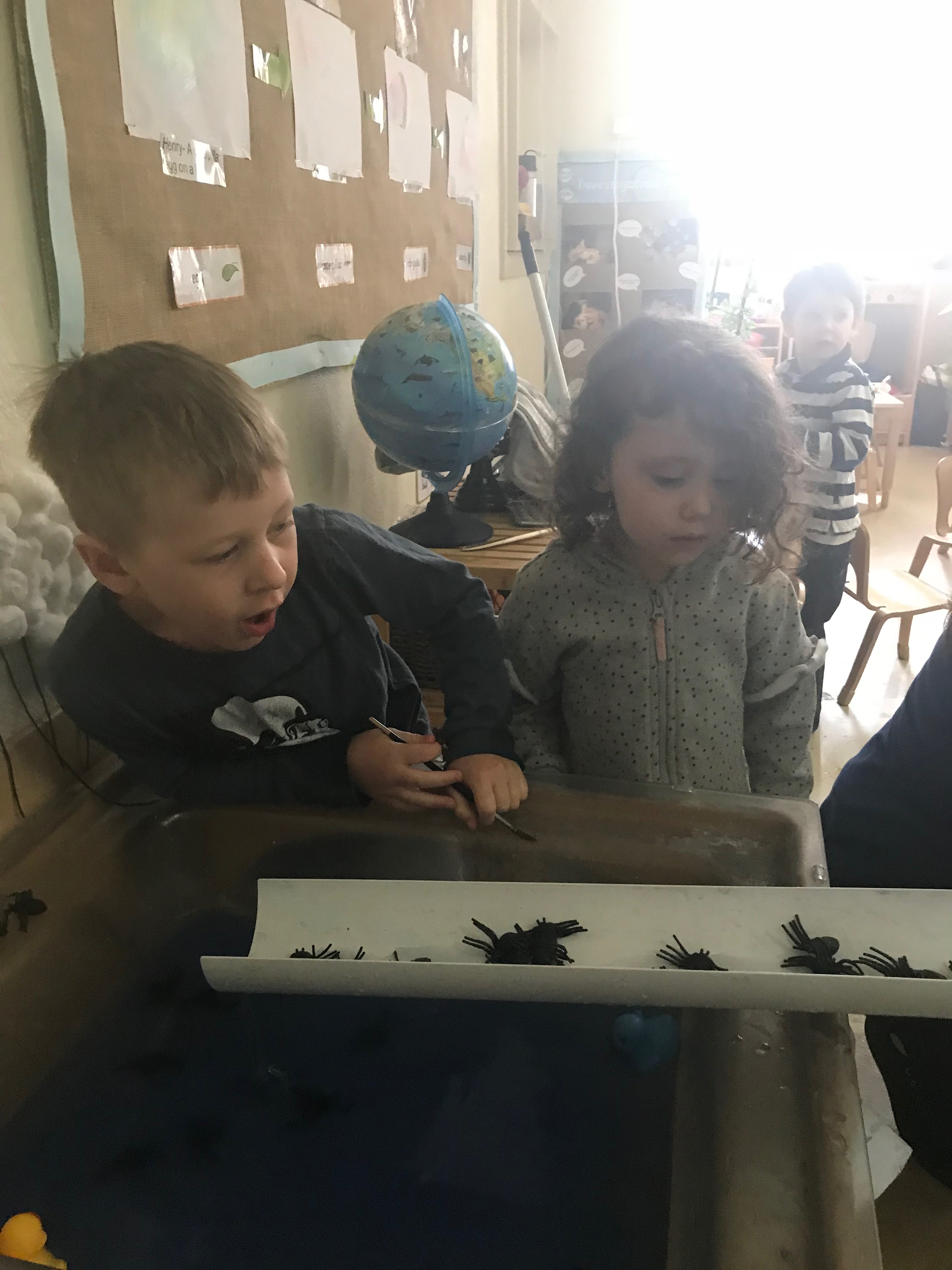 The children helped set up a pipe system to see if they could wash the spider down. 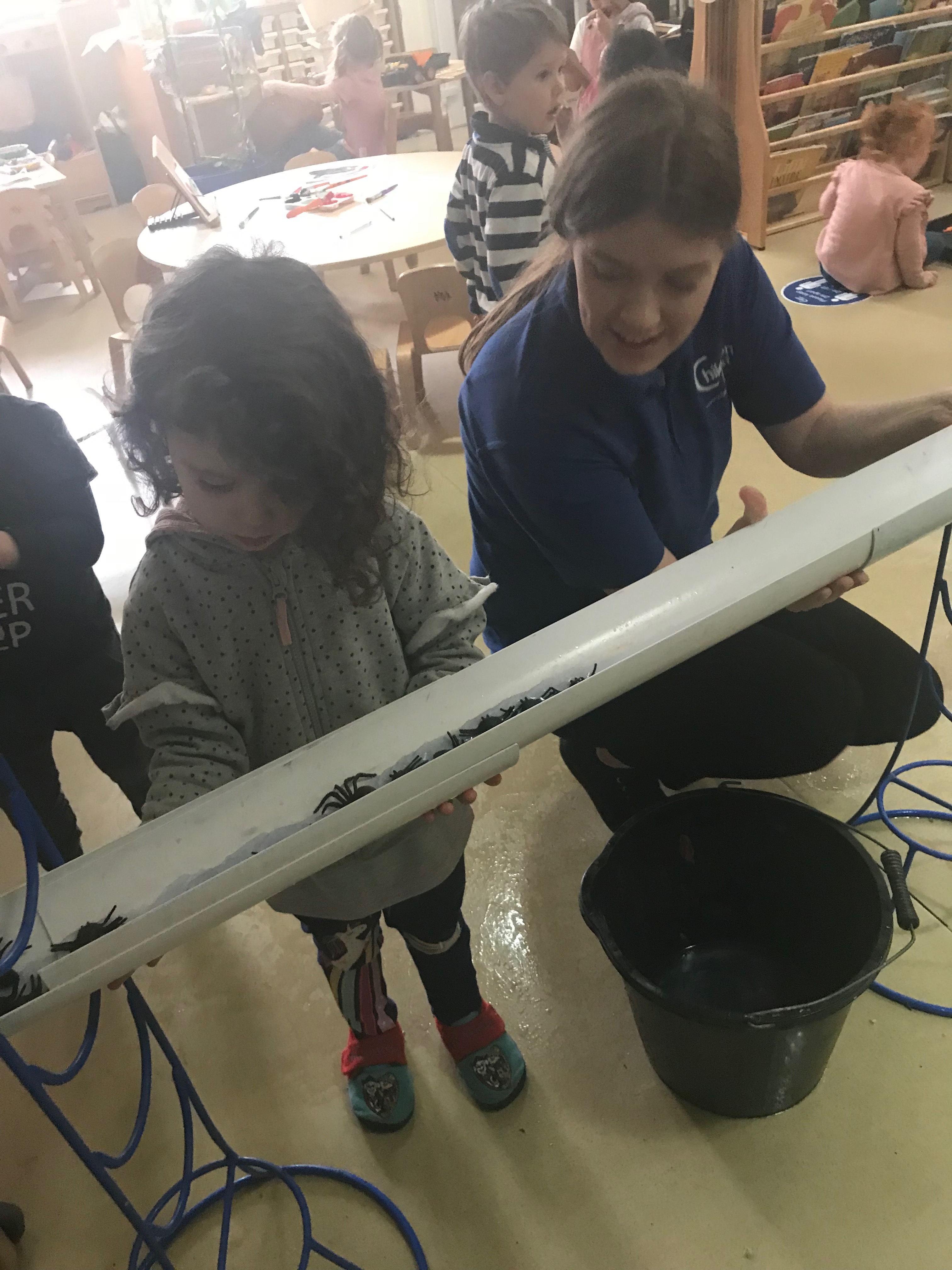 They talked about what type of gradient the pipe should be placed at. 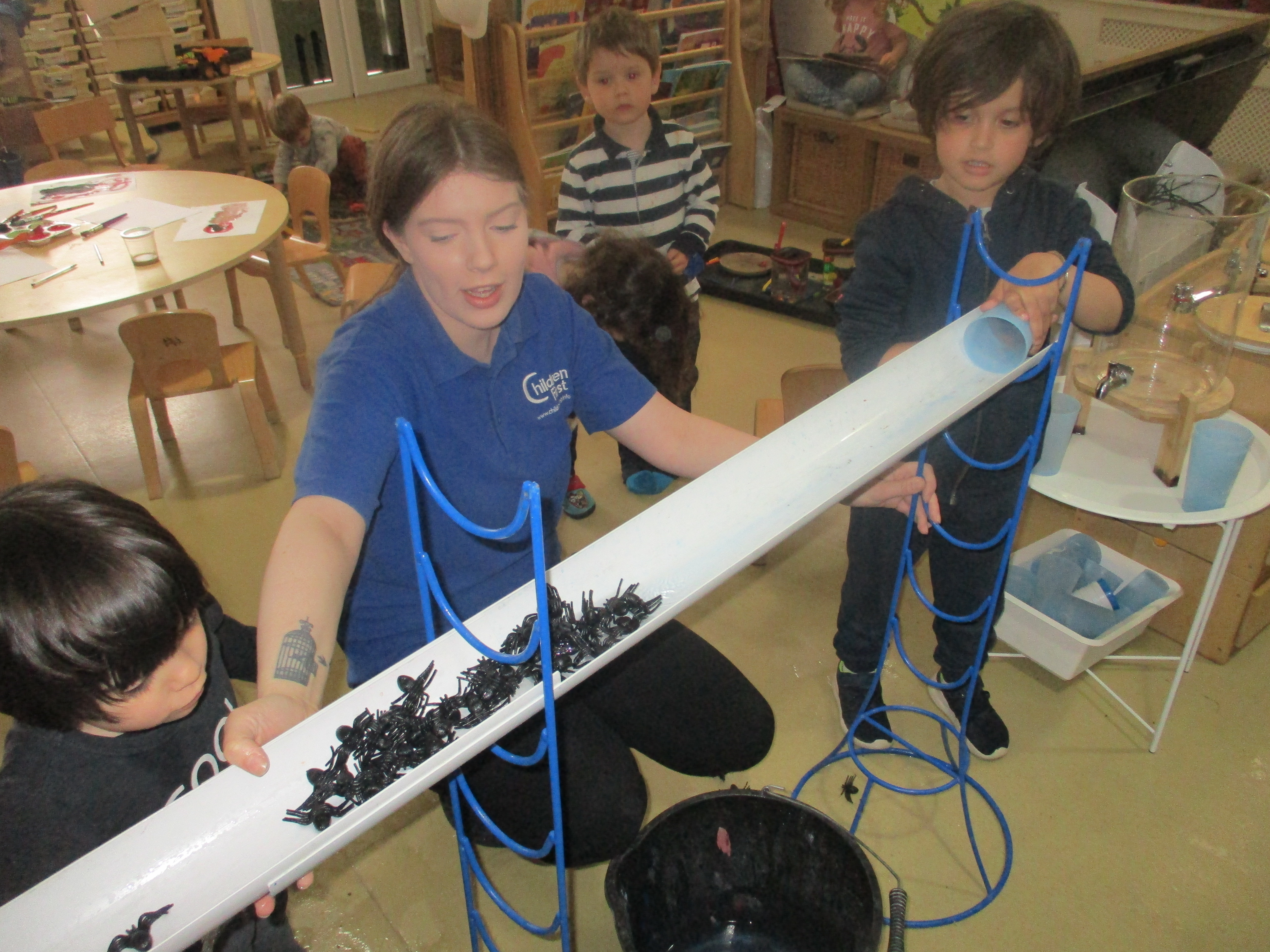 They used positional language such as 'under' and 'over'. 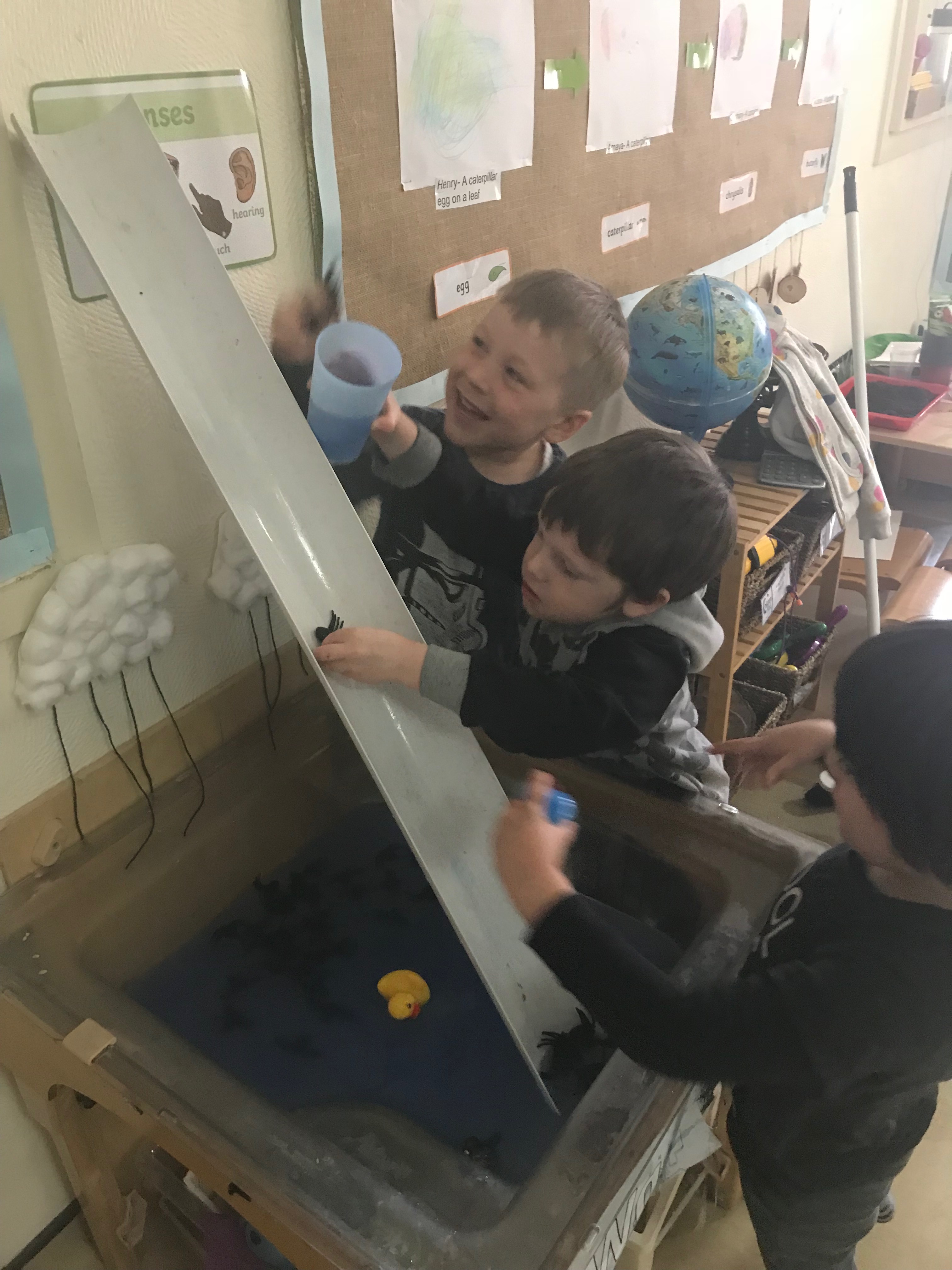 As well as mathematical concept language such as 'higher', 'lower' and 'faster'. 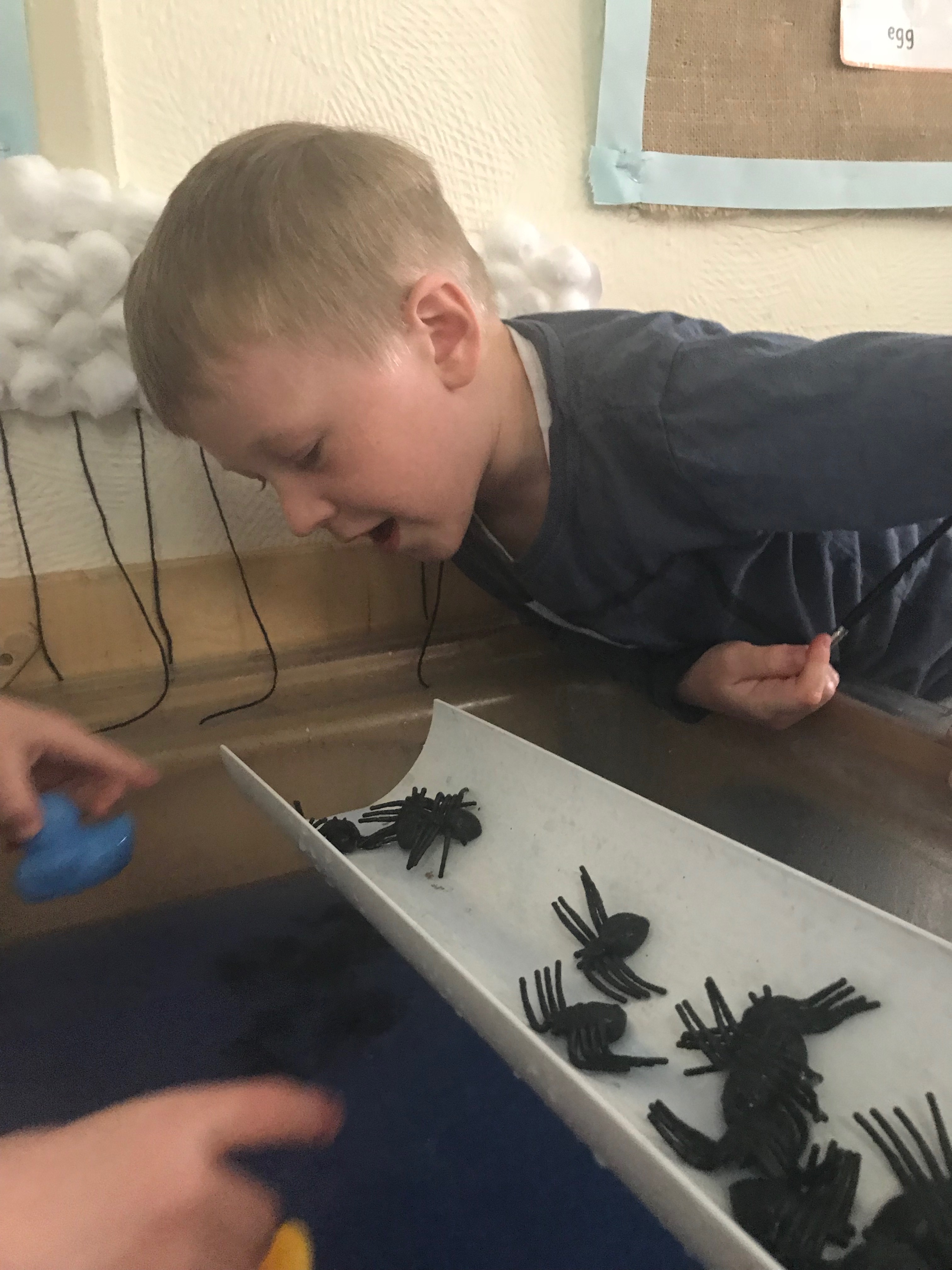 Lots of different sized containers were used filled with various amounts of water to try to wash the spider down spout. 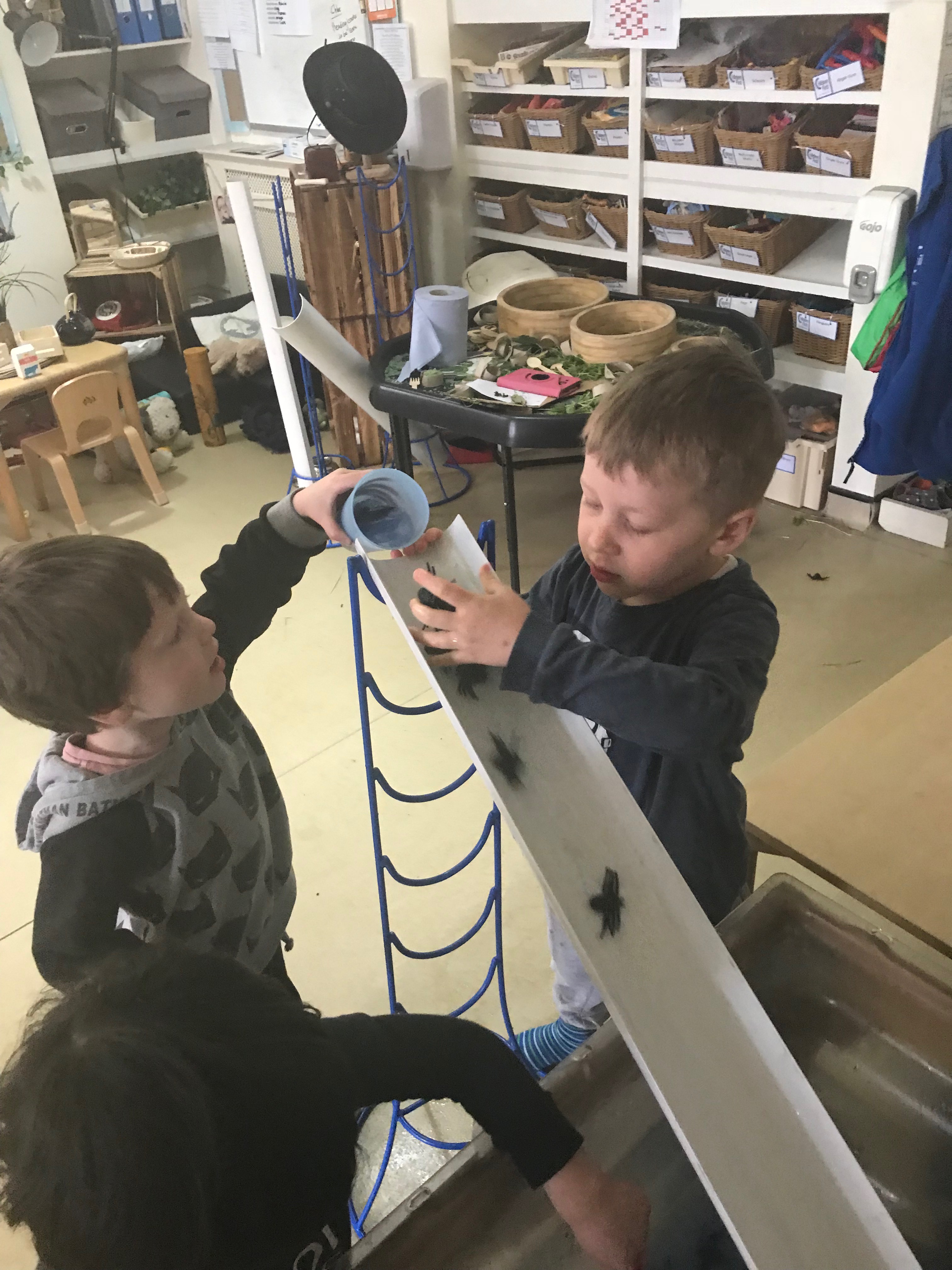 The children used small amounts of water and concluded it made the spider move slowly. 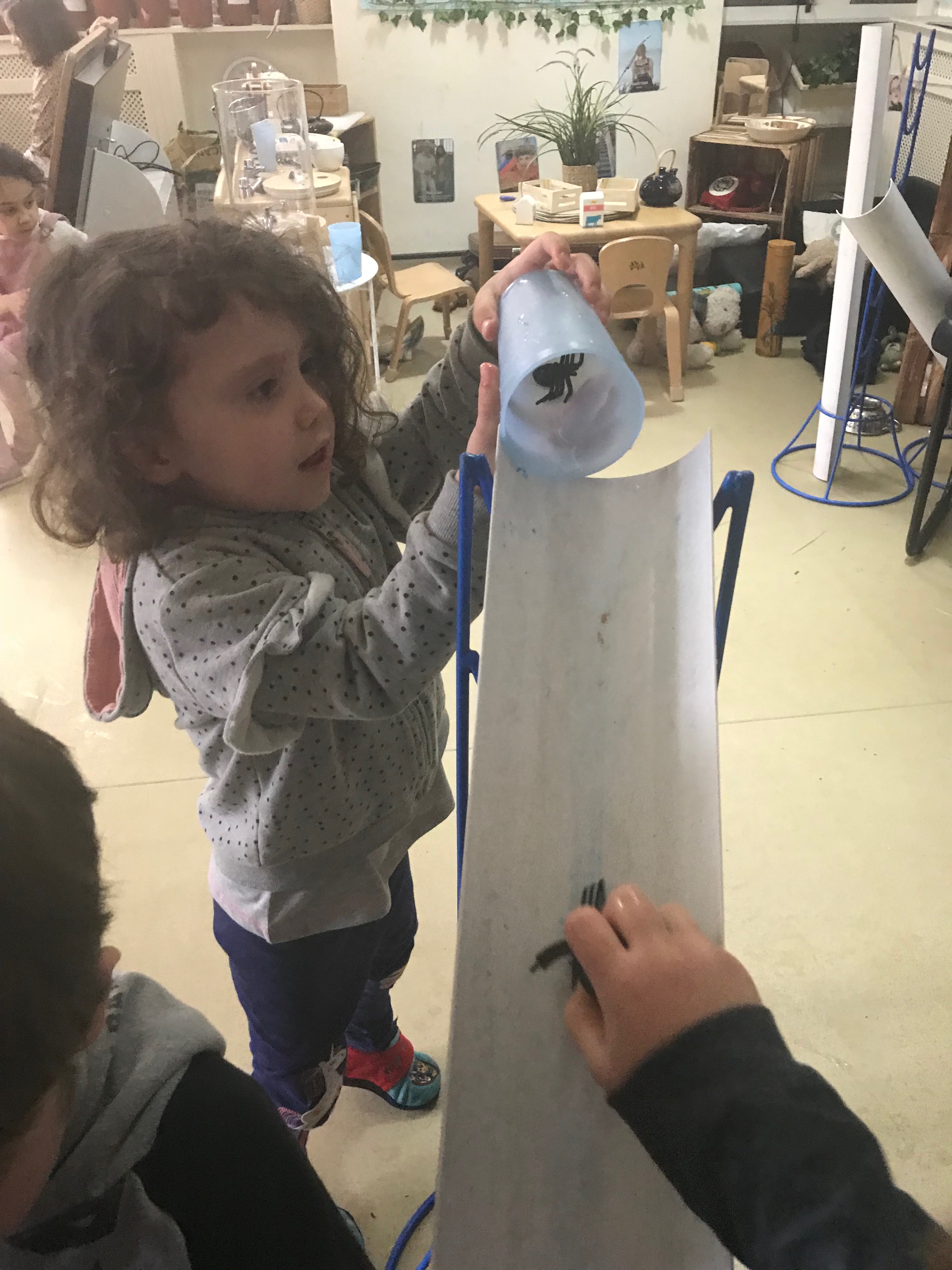 They also concluded that more water washed down all of the spiders, but caused a leak. 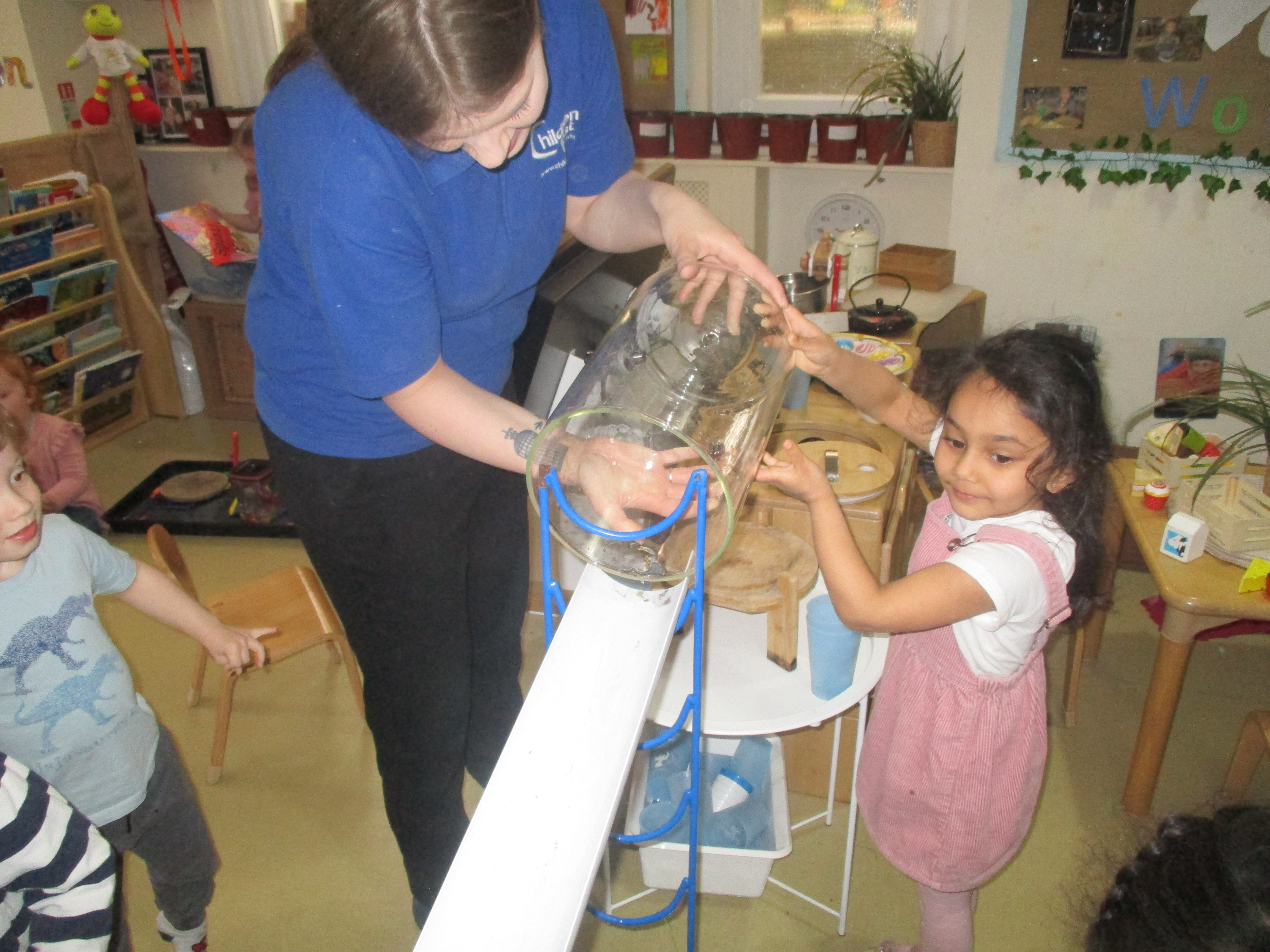 The children worked together to problem solve and find a solution for the leak by some of them holding it in place whilst the water was poured.

It took lots of trial and error and perseverance, but in the end it worked and everyone celebrated by singing Incy Wincy Spider. 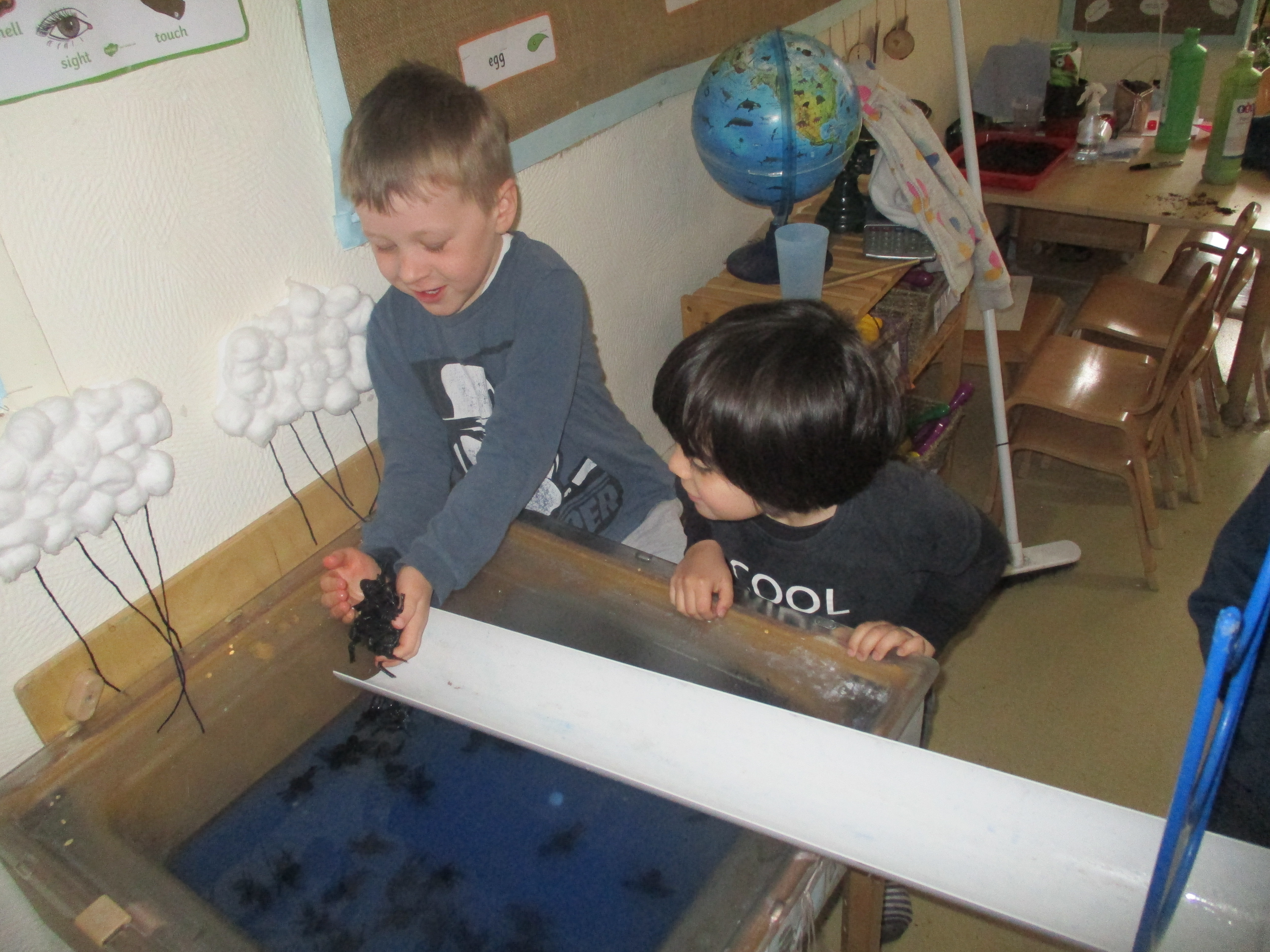 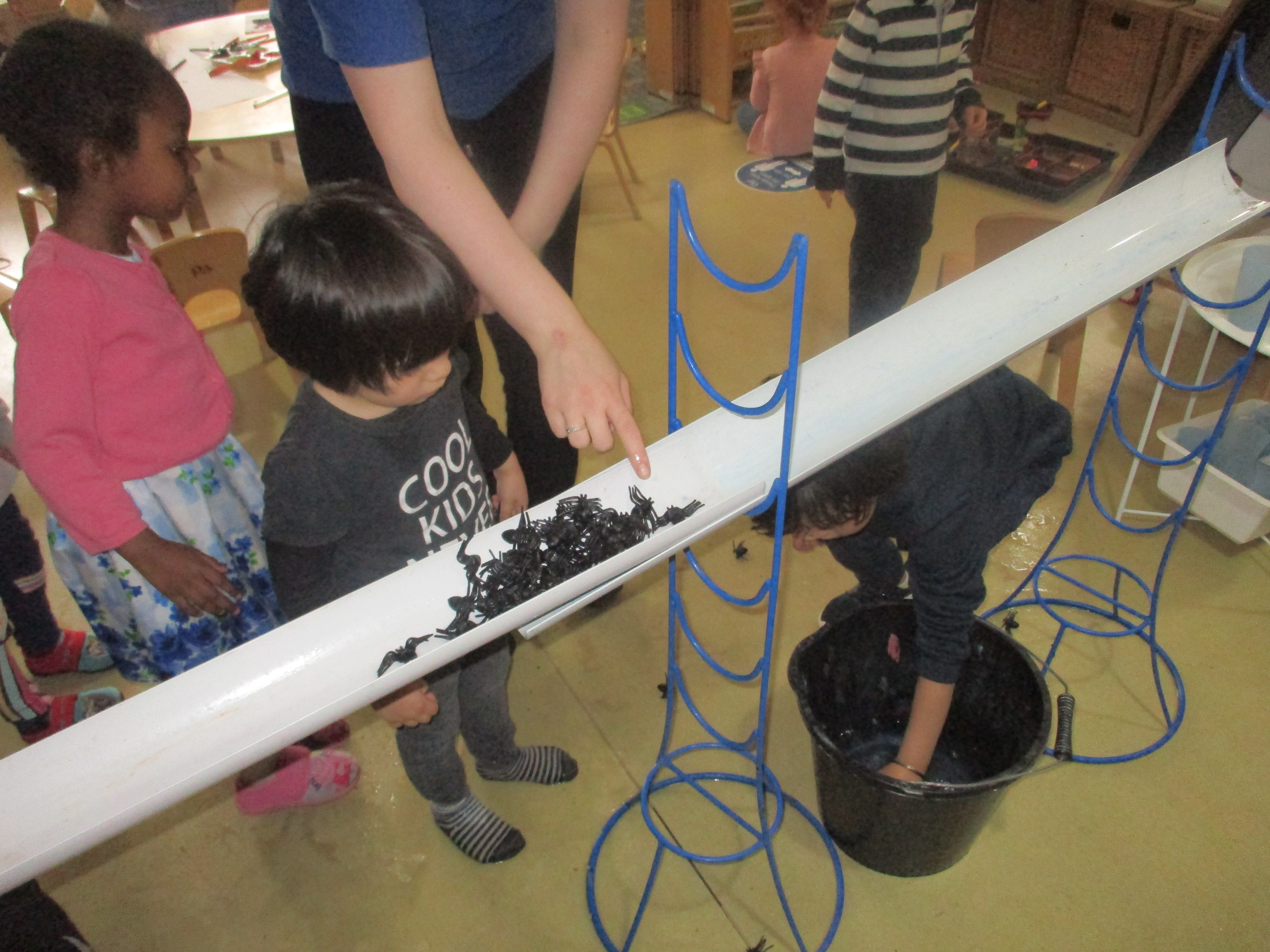